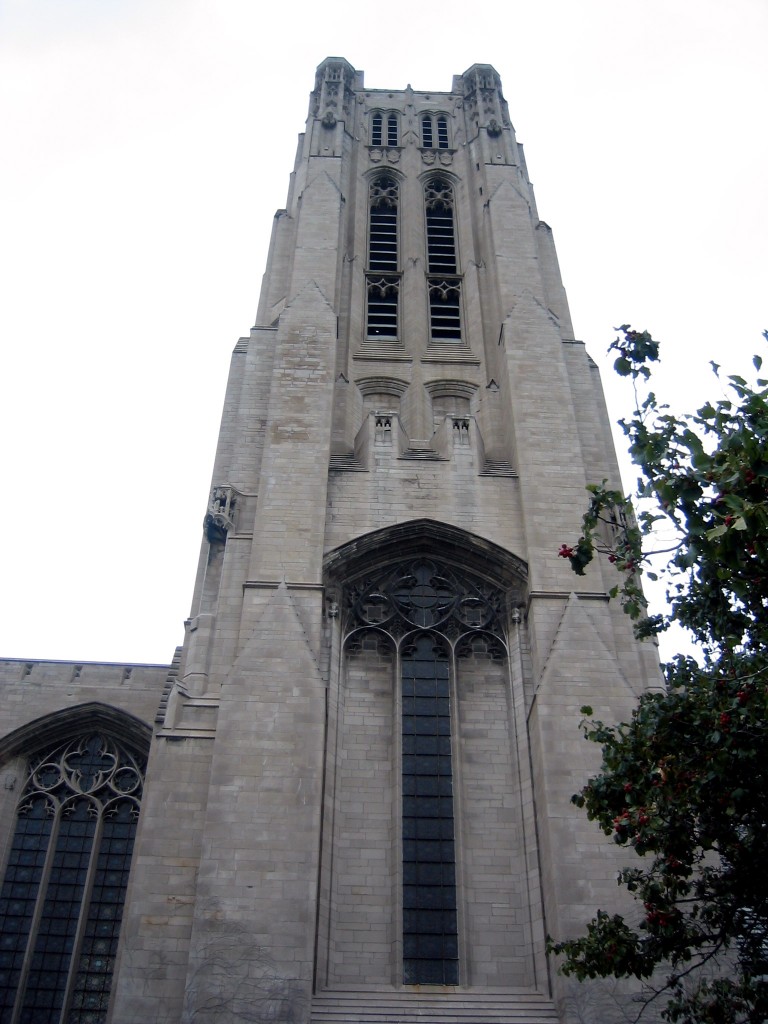 I didn’t go to University of Chicago because I was not invited. Not sure I was ever welcome.

I grew up not in it, but damn sure around it. South Shore to Hyde Park  is what Cabrini-Green used to be to the Gold Coast: the neighbor(hood) on the outside looking in.

I was raised being told the history of Hyde Park. Of the racially restrictive covenants. Of the things that were done to keep black people out. Of the University of Chicago cosigning all of that. Money, race, ACT scores, socio-academic differences all played a role in why I’d look down on the kids that went to both Lab and the U of C the same way I assumed they were looking down at me. It was all fair game. The guys that went there were nerds to me, the girls weren’t cute and they never played hip-hop at Jimmy’s.

But as I got older I was able to see a different university than the one I grew up resenting. I saw the value, I saw the disparity. I saw the inner workings of an oasis of higher education that didn’t cater to or have any interest in someone like me (an outsider) but one that was serving a much greater purpose than educating or assisting in the plight of the ‘hoods and residents that encased it.

I had a friend who wound up getting accepted to their SSA program. From time to time he’d “lend” me his student ID so that I could sneak into the computer lab on the top floor of Eckhart in order to work on a magazine I was self-publishing. For months-on-end over a period of three years I passed as grad student.

Then my god-brother was accepted into one of their post-grad programs. For two years I lived vicariously as a student through him. I watched him navigate his way through every land mine put in front of him. Like me, he grew up as an outsider; but unlike me now he was in. He’d say they’d keep setting him up to fail but that he learned more in those two years than at any other point in his life. Fifteen years later, his son would be a student there.

As would mine. First as a student in their Urban Education Institute then as a camper in their Adventure Kids summer camp (with Sasha and Malia) and eventually as a pre-college student in their college bridge program. I found myself in the U of C bookstore on Ellis Avenue looking at U of C Ralph Lauren sweatsuits and U of C “Dad” bumper stickers.

Still. Even after being invited to speak there a few years ago to some of the students studying journalism, even after getting married in a chapel on campus, the foundation of what the school historically represents has been too much to ignore. (A university maintaining a less-than-five-percent African-American total student enrollment while the Woodlawn neighborhood that borders it is eighty-seven-percent black remains a problem.) But I’ve been able to see much more of what the U of C has to offer, more of what it has actually done.

To this day, as I drive through the Midway to either go to Starbucks or meet with a member of the faculty to discuss how the university can better serve the community around it, as great as it is, as essential as the university is in our city being a part and member of America’s elite educational consortium, nothing much has changed.

It remains a place that, for most of us who are residents of the areas that surround it, a destination unattainable. A place where even though I’ve been welcomed much more than in the past, I still do not belong.