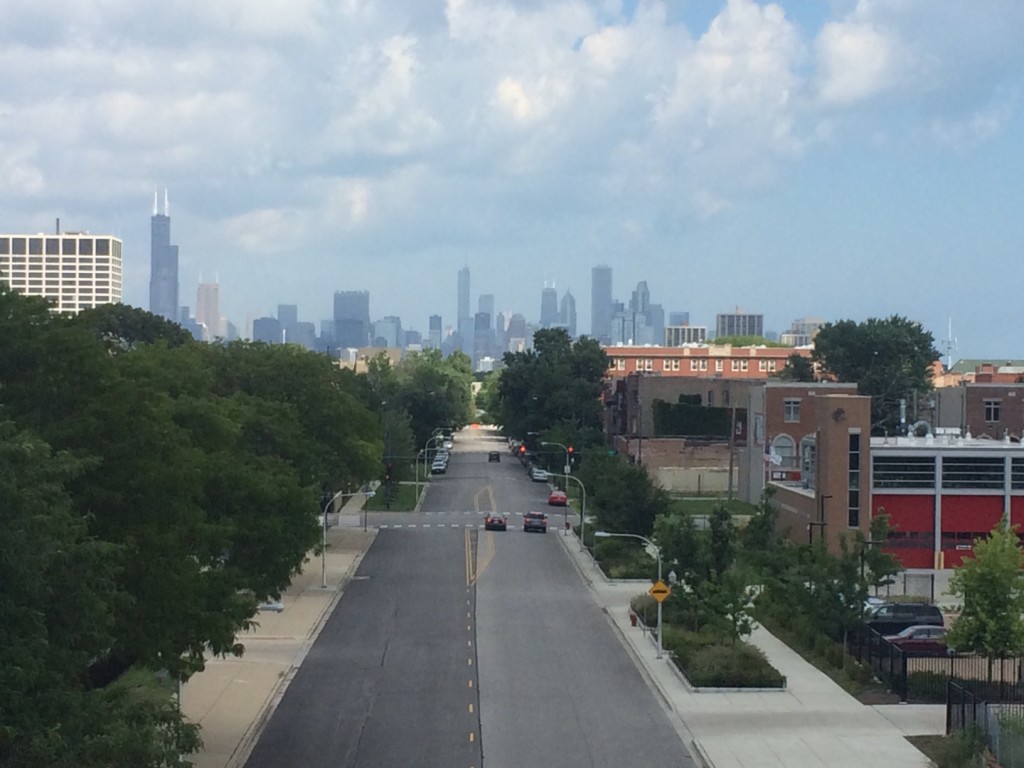 All I wanted to do was go to the club. It was the day before my U of C Master’s program began in September 2012, and the Prince and Michael Jackson Experience was in town for one night only. Thinking that it would be a great occasion to gather some of my new classmates together before we had to dive into work, I sent an email to the program’s listserv. “Dance party for the ages this Saturday night!!” Not knowing the first thing about public transit in Chicago, I followed protocol and suggested a few routes that Google Maps said would take us close by.

Hours later, I received an email from one of the program’s staff advisors. “I might rethink taking the 55 to the Ashland bus. Ditto with the Green Line,” it read. “Neither is a paragon of night-time safety.” Farther down the email, I discovered that a faculty member had requested we change the travel route, so that no one would be “traumatized” the day before our program began. The emails were kind and tactful, and clearly stemmed from the program’s concern for the well-being of its students. But the message behind the words was clear: aside from the 6 bus and a few other exceptions, public transit on the South Side is not to be trusted. In fact, it is to be feared and avoided at all costs.

There is a spot on the Green Line, just north of the Indiana station, that will take your breath away. That wasn’t in the email. Having trundled several miles through uninspiring terrain mostly obscured by trees, the tracks suddenly curve to the west, and for a brief moment—no more than a few seconds—the entire Chicago skyline is laid out in front of you. In the evenings, when the sky is not too cloudy and the sun still peeks above the horizon, the city glows. I have seen people train their cameras on this spot minutes before it arrives—I have seen them stop in mid-conversation and just stare. I have seen them furtively wipe away tears after it’s gone. Not one of those people was trying to steal my wallet.

I don’t want to diminish the importance of the issue of safety, nor demonize the University of Chicago for protecting its students. South Side public transit is not some transcultural utopia, and the deep-seated racial and socioeconomic divides that mar Chicago’s civic culture are present in concentrated doses on the city’s rails and buses. If you ride them for long enough, chances are good that there will be moments when you feel uncomfortable or even unsafe; when you hug your backpack a little tighter or stand at the far end of the bus shelter, hoping the guy in the dirty, ripped jeans doesn’t come try to talk to you.

But the South Side is also not Mordor and the guy in the dirty, ripped jeans is a human being who’s probably down on his luck. If there’s one thing the University of Chicago should know, it’s that instilling a culture of fear into its student body will only reinforce the damaging dichotomies of white/black, rich/poor, valued/devalued that permeate the city. Perception and behavior feed back on one another, and the more a group or institution labels a space “unsafe,” “off-limits,” or “not for people like us,” the more they engender an expectation of conflict that is only too readily fulfilled. If the University truly wants to keep its students safe, it may help to start by recognizing that public spaces are for everyone. Period.

1) KEEP YOUR EYES OPEN. I mean this literally and figuratively: don’t sleep on the bus or train, and always be aware of what’s going on around you. This does not mean stare wild-eyed at everyone who passes you, but observe, assess, and be present.

2) BE RESPECTFUL. Following the Golden Rule will almost never lead you astray, and if you approach every interaction with a basic appreciation for the other person’s humanity, you’ll gain their regard as well. Oh, and give up your seat to old ladies on the bus. Major karma points.

3) SET BOUNDARIES. Your personal space, your privacy, and your belongings are yours. If someone is infringing on that, let them know. As long as you have already taken on tip #2, they will respect your right to be left alone. And if they don’t, let everyone else know!

4) BE AT HOME. I can’t emphasize this enough: you live here now. This is your home. You have just as much right to be here as anyone else, and it is not acceptable for anyone to make you feel unsafe in your home. Take ownership of this place and responsibility for the way you interact with it—not your friends, not the University of Chicago, YOU. Above all, don’t let your choices be governed by fear. Four years of feeling threatened and hemmed in is far worse than anything that could be taken from you on the bus.

[…] Is the U. of C. Still Discouraging Students From Using the CTA on the South Side? (Newcity) […]