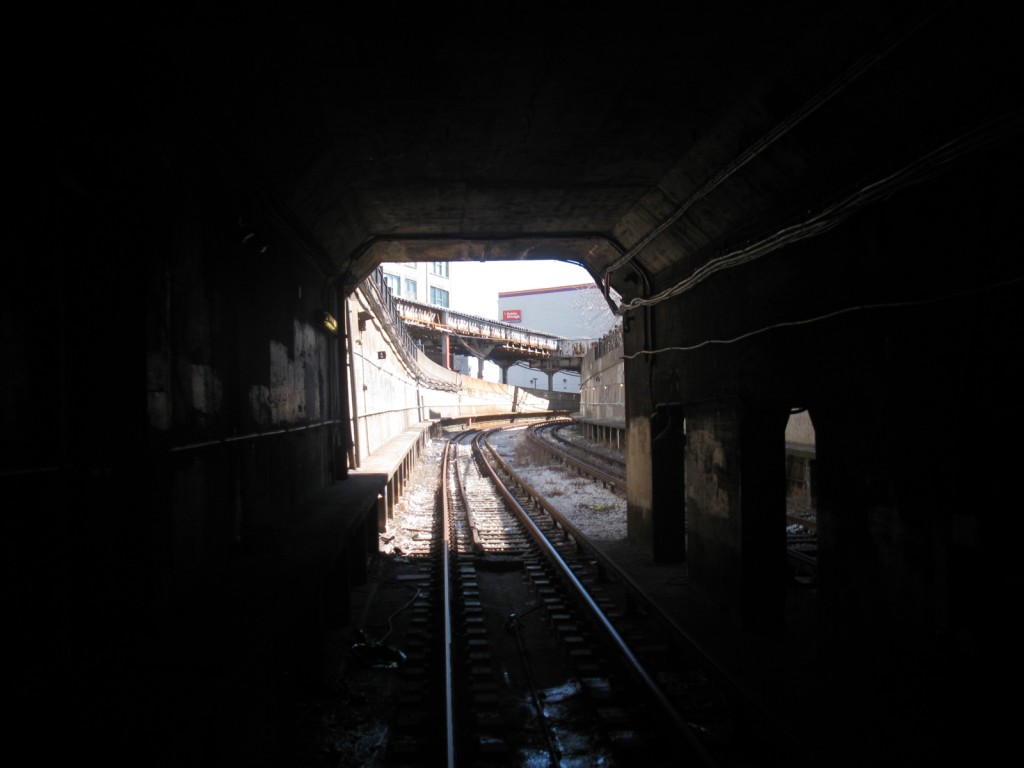 It sounds like a simple thing and it sort of is. Chicago is lucky to have the mass transit it does despite its nonsensical delays, the overcrowded cars and the omnipresent construction. It’s not perfect, but it’s better than the credit it’s often given. Take advantage of it.

Chicago has so much to offer if you give yourself the opportunity to explore a bit. The Loop. Lake Michigan. The neighborhoods with their stunningly different personalities. For those of you who are students, by midterms of fall quarter it’s going to feel like there’s never a chance to leave campus, that there isn’t enough time, that there’s simply too much to do to stay ahead of the classwork. Don’t let the stacks and study rooms of the Regenstein and Harper keep you from enjoying the rest of the city. Make the time to get out. Find a coffee shop off campus to study at instead of your usual library spot. Go to shows. They’re cheap and plentiful. Bike the miles of lakefront paths. They’re endlessly beautiful. Spend a rainy afternoon in one of Chicago’s many museums. They’ll put you in other worlds. Get out. Learn the city that the university calls home.

And do so using the train. Besides being the preferred alternative to the offensive driving of Chicago, the train is one of the best (and cheapest) ways to see the city. It’ll cost you just a couple of bucks to coast along the elevated and underground tracks and you’ll get a spectacular view at the same time. It’s better than what you’d be paying for in gas anyway, which can paradoxically be less expensive than parking.

Ride the Red Line from end to end. Get off at Belmont and check out Lakeview. This is what life might look like after graduation if you stay in the city. Go to Cheesie’s at midnight, then duck across the street to the Chicago Bagel Authority the next morning. Take the Blue Line to Logan Square for the Saturday Farmer’s Market. Get off the Brown Line at Sedgwick and walk to Second City for an improv show. You’re never going to regret an hour of laughter in the depths of winter quarter. Put your books down and make a whole night of immersing yourself in the city. If you’ve got the money, go to Restaurant Row in Old Town. If you don’t, there’s a Chipotle on the corner. Get back on the Red Line and go north to Addison for a Cubs game; go south on the Green Line for the White Sox. Don’t confuse the two. Or the fans.

If you’re living in Hyde Park, you’re going to need to take advantage of the bus system, too. Sometimes you’ll need it to get to a train. Take the #55 across to the Garfield Red (watch for construction), or take the #6 up Lake Shore to the Loop and catch anything you need from there.

Ride safe. Ride smart. Don’t forget that Chicago is a big city, but don’t let that keep you from loving it.

If you move from Chicago to someplace new when your time at the University of Chicago is up, and many of you will, don’t be in a position to regret the things you could’ve done while you were there. After graduation, I moved to Los Angeles—the land of the car and freeway. It took about a week of sitting in stop-and-go traffic at 11am on a weekday before I started craving the rumble of the El overhead and the ease of tapping a CTA card to get just about wherever I wanted to go. You just might miss it when it’s gone. (Emily Schmitt, MA, ’13)