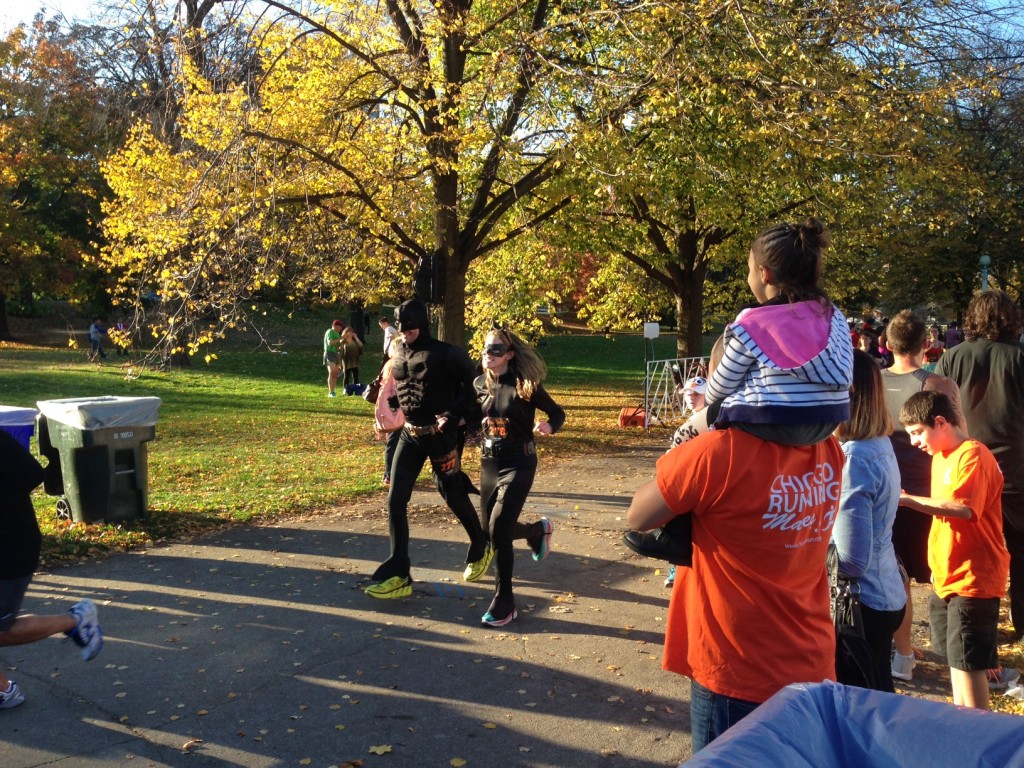 Runners nearing the finish line at the Pumpkins in the Park 5K/Photo: Zach Freeman

Breakdown:  If ever a race was designed for family-friendliness, the Pumpkins in the Park 5K—with its early afternoon timing, costume contest, trick-or-treating and various distances for young runners—is it. Kicking off at the southwest end of Lincoln Park at 4pm on Saturday, roughly 1,400 runners made their way around the South Field House and the various softball fields before heading north on the west side of the Rowing Lagoon. I’ve been in costume-themed races before but Saturday’s race was awash in them: Batmans (Batmen?), bananas, Gumbys and many more made up a surprising percentage of the participants.

And despite a few weeks of cooler weather, Saturday afternoon couldn’t have been more ideal for a quick run around the park, costumed or not. Plenty of spectators and volunteers gathered along the course to cheer and pass out refreshments just after the turnaround. Though it was a beautiful day and an open course (meaning that race organizers didn’t shut down the trail that the race followed) there wasn’t a good deal of foot or bike traffic contending with trail space making for a comfortable race.

The final quarter mile incorporated a trip under the Ulysses S. Grant statue and through the winding trails near South Pond just south of the zoo before charging toward the finish line and a complimentary Goose Island beer. Fall may have fallen but Pumpkins in the Park offered a refreshing reprieve from the cold weather.