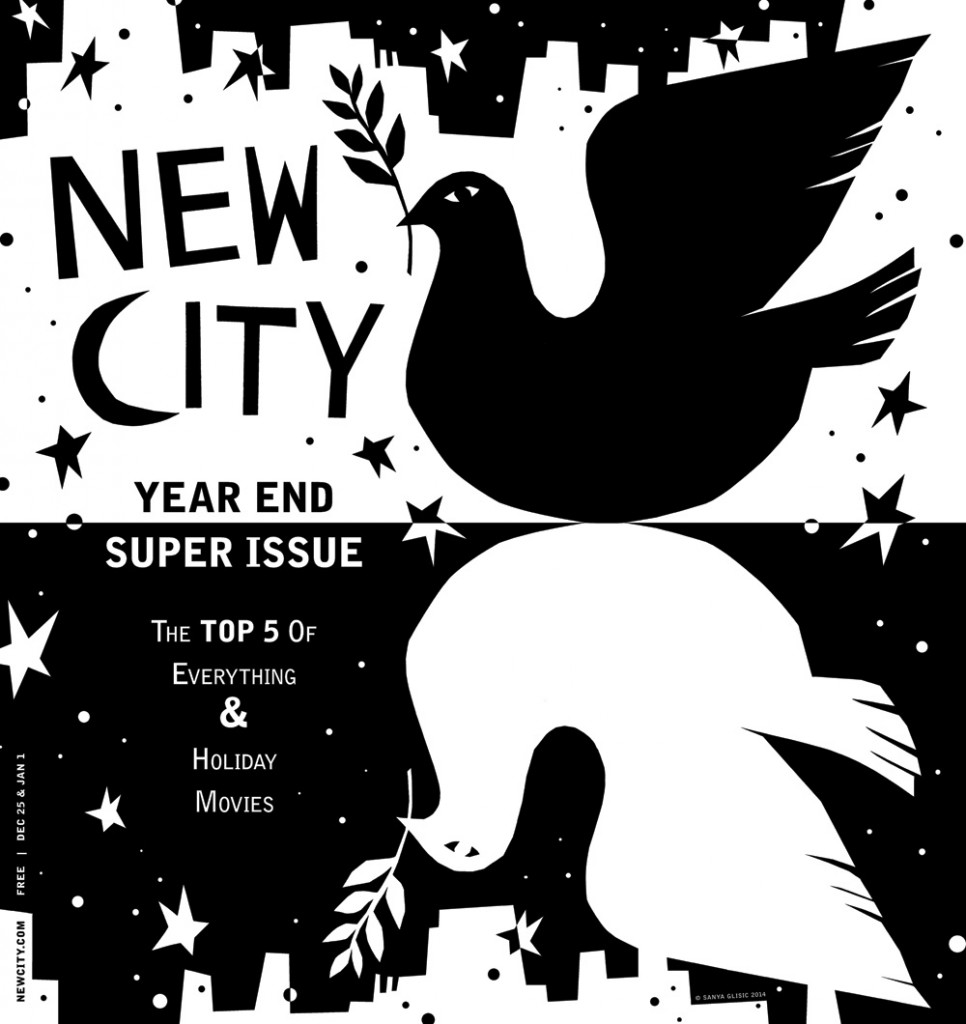 We’ve been doing our annual Top 5 issue as long as I can remember. Long before FuzzBead’s founders were even in long pants, we imagined this issue as a send-up of the obsessive list-making that infects the media at year-end, the tendency toward bloviation. And, at the same time, we figured we’d slyly deliver a bit of our own pontification in the process. Who knew that even Chris Rock would eventually join our Top 5 bandwagon? This year you’ll find  162 lists, either in these pages or on our various web sites. Things have clearly gotten out of hand, so next year, look for our year-end special: the Top 161 of One Thing. I bet that won’t be so contagious. (Brian Hieggelke)

Top 5 Things That Shock Today’s College Students
George Eliot was a woman
Gandhi was a world leader and not a festival akin to Lollapalooza
Sarah Palin was not the first female vice presidential nominee in a major political party
The Civil Rights Movement and the Civil War were two different things
Smart phones can be used for research, not just for social networking
—Amy Friedman

Top 5 Reasons Chicagoans Honk in Alleys
Free-floating anxiety
Peer pressure
A statement on the human condition
Like the Ezekiel speech in “Pulp Fiction,” but for bicyclists
Attempt to get signed by Drag City
—Emerson Dameron

Top 5 Places that Aren’t Explicitly Tot-Oriented But Will In Fact Make Your Half-Pint Feel Right at Home
The Art Institute of Chicago, especially the Ryan Education Center
The Museum of Contemporary Art, especially during Family Day
Lincoln Karaoke, where on a weeknight, you are welcome to bring the under-twenty-one set
Peggy Notebaert Nature Museum, whose Butterfly Haven alone is worth the price of admission
The Chopping Block, where it’s a bargain to get your kid those measuring, mixing, baking and kitchen safety skills
—Alanna Zaritz

Top 5 Developments in 2014 that Affected How You Will Consume Culture
The dispute between Amazon and Hachette over how books are priced and sold.
HBO announces stand-alone streaming service.
YouTube develops plans for music subscription service.
The Turtles win recognition of rights in pre-1972 recordings.
The bankruptcy reorganization plan for the City of Detroit spares the sale of the art collection in the Detroit Institute of Arts.
—Thomas R. Leavens

Newcity’s Top 5 of Everything 2014: Drinking