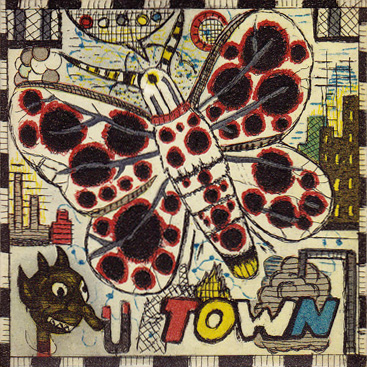 Since coming out for Chuy a couple of weeks ago, I’ve encountered no small amount of hostility from the Rahm supporters—the “Rahmbies” as I like to think of them. They can rationalize any inequities brought forth in the last four years because the shuttered schools, the ubiquitous gunfire, potholes and unplowed streets—these things don’t directly affect them. That’s where we live now: Rahm, in four short years, has made this an Us and Them city. A city of wealthy one-percent types, and then there is the rest of us. We’re useful because we can fix their cars, bus their tables and deliver their groceries.

The poor? I think he and his pal Rauner just hope they go away. Emanuel took a page from what then-Mayor Michael Bloomberg did to New York, and now Manhattan is an island of the wealthy and the people who do their dishes. The poor and the creative class were scattered to Brooklyn, Queens and Jersey. Emanuel, Bloomberg, Rauner and their ilk are succeeding in building a culture glaringly divided by economic class, and it is more pernicious than the machine politics we’re used to.

Still, this election, it’s Rahm’s to lose… the shit just doesn’t stick to this guy. News stories and rumors of “black sites” and illegal detention of citizens—nobody gives a fuck. That this barely made a ripple in the local news coverage tells you how depleted newspapers are of investigative reporters and how appallingly low expectations of government and police have sunk. Somehow under Emanuel these tactics seem to be what citizens—and the media—have come to expect. That people are hidden and kept from counsel upon arrest is antithetical to all of the protections that the constitution guarantees us as citizens.

Then there are the red-light cameras: my friend John Greenfield, who writes about transportation and cycling for Newcity, assures me that red-light cameras save lives and I’m willing to concede this as his research is thorough and reasoned. He does agree with me that when the city jimmied the yellow lights so they could tally more violations—hence more revenue—they should have informed the public about this change. This just feels like the sneaky shit Rahm nickels and dimes the citizenry with.

It’s pretty apparent I don’t much care for Rahm, and I realize this and, yeah, I’ll admit I NEVER liked him. Even back to the days when he was Clinton’s hatchet man, I couldn’t stand him. He is emblematic of the squishy assholes calling themselves “Democrats” who want to bust unions, tax you till your gums bleed and make their contributors and pals rich with city contracts and “privatization.” These guys are of the same cloth as the worst Republicans.

So yeah, I’m for Chuy, and I hope like hell he takes the next couple of weeks to convince Chicagoans that he has a vision for the city. I hope he explains how he would pay for the thousand new cops. I hope he is forceful in the debates with Rahm and questions him about the “shadow” budget he has for attracting business to Chicago as an incentive—at the expense of our schools, teachers and pensions.

I hope he explains that breaking the teachers union is a priority of Rahm’s (believe me—he will attempt this again) for a couple of reasons: one, the last time he tried this, the teachers handed him his ass and two, if he breaks the teachers union, he will move on to the police union, the firefighters union, in short anyone who relies on a pension. And he will blame the police, the firefighters and the teachers for this. That’s who he is. Maybe it’s time to remind the wee one that the folks who occupy these unions are the ones who make civilization possible.

I also hope Chuy will, in specific terms, outline his vision for Chicago. Rahm is a master at controlling the message. He utters things like “putting our fiscal house in order” that sound specific but are really just well-tuned atmospherics. It always sounds like Rahm knows what the fuck he is talking about—until he doesn’t—then he just doesn’t say anything, or when the press asks a question he doesn’t like, he walks away.

Even in his mea culpa campaign commercial, designed to make him more cuddly and warm, he can’t help himself. He essentially says “I may be a colossal asshole, but I’m your colossal asshole.” About as warm and cuddly as a centipede.

I feel like the only reason he made this ad was he realized he isn’t emperor for life—it’s not like he’s Daley. As many faults as Daley had—and I mean both father and son—they could summon up a likable side. Not so with Rahm. There are those who respect him. There are those who admire his work ethic (count me among them), but I have yet to meet anyone who actually likes him and one has the feeling that he might like it this way. He’d rather be respected than liked, and rather be feared than respected or liked.

I hope Chuy can mobilize the Latino vote: Hispanics make up over twenty percent of our city’s population but are only ten to twelve percent of the vote. I hope African Americans will vote for Garcia. He’s done a lot of campaigning with the ministers and Jesse Jackson—who still polarizes many who forget that Jesse single-handedly registered enough black voters to give Harold Washington a victory thirty years ago. I also notice a lot of racial invective surrounding Jackson’s support of Jesus Garcia, and it’s ugly—thinly veiled racial talk on Facebook and Twitter, people talking in code about Jackson’s unfitness to endorse a candidate. Jackson is encouraging people to participate in democracy—it gets no more American than that. So, bigots, let it go.

Finally I hope Chuy can make voters understand that he lives in a neighborhood in the city where the best and the worst of Chicago is visible. He is not a tourist: He knows that the crime must be his number-one priority along with education. That if you have more educated citizens you have less crime. Educated citizens have choices.

Mostly, Chuy should smile and let all citizens know that freedom demands participation, that it will take all of us to make Chicago a better place. What one person cannot do, a community can, and must, ward by ward, block by block, year by year, and day by day—we build this place one brick at a time. He must assure us that the most precious assets we have, as a city, are each other.

[…] poor.  That downtown TIF money might  be used to run a soup kitchen Back of the Yards instead of paying the wealthiest builders in the world to build here.  And that the Chicago Symphony will be turned into public housing and the musicians sent to […]