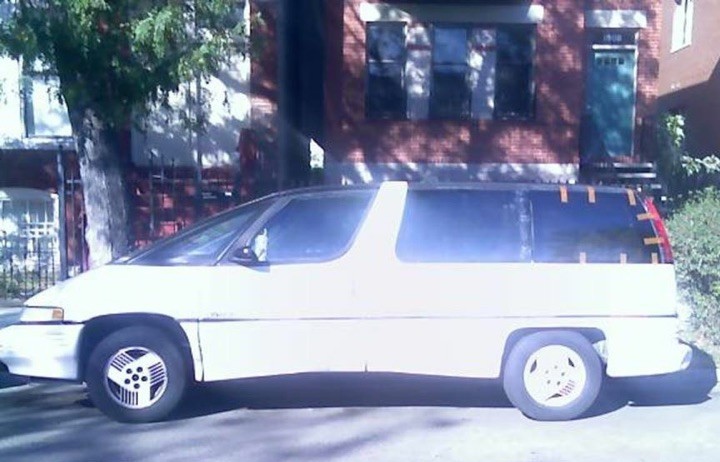 Summer reminds me of skinned knees, rainy nights and short hair. Of climbing trees, catching fireflies and coming home wasted. And even though summers are never the same, I fall in love every time. With a boy? Sure, sometimes but mostly with the warm breeze. With yellow tulips and sundresses. With faint stars and ripened avocados. With new friends and green tea frappuccinos.

When I was fifteen, I fell in love with a van. A decrepit white messy whale of a thing my entire graduating class faithfully dubbed the “Party Van.” I was a freshman, going through what my sister called “the classic phase of teenage rebellion.” You’ve likely seen the scenario played out innumerable times in movies and television shows: Girl yawns, stretching her arms out wide feigning immediate and uncontrollable drowsiness. Girl kisses parents goodnight, marches down the steps to her room, closes the door silently behind her and starts getting dressed with the clothes that have been lying in wait atop her splintered cherry wood dresser since about supper time that day.

I would jump up onto my windowsill, often missing completely and bruising my knee, and steady myself like a stealthy cat. Apart from the window, the other unfortunate thing was that my house was booby-trapped on either side. A long and wide bed of earth-toned rocks flanked the north and south side of our home. Not to mention the fact that my mother’s bedroom window was directly above my own. In order for me to sneak away out of sight and sound, I would have to extend one leg out over the rocks, pretending as if it were a river of hot coals or lava, then push off with my other leg while remaining crouched. Safe to say that was the closest I ever came to doing a split.

The Party Van made people do questionable things with questionable people. It made virgins jump out of their bedroom windows to hang out with a group of skater boys they couldn’t name. The Party Van.

The driver was a short and sweet redhead with Fabio’s beachy waves, an arrangement of amber freckles brimming the bridge of his nose and the sides of his cheeks who wore a fashionably abraded pair of black and white Vans. I was the last person on his route so, after he picked me up, we’d drive up by Montrose beach in his loud beast and park in one of the lots until the cops kicked us out. We’d open up all the windows, sliding doors, the sunroof and we’d just look out and listen to Chicago breathe as it slept. Our words would hang in the air, solitude without the loneliness.

The following summer I positioned my bed beneath my window for an easier escape. And the year after that, when my mother’s husband haphazardly painted that same window shut, I moved to the window on the south side of my room. A couple years later I took precautions so that my cats wouldn’t escape from the window too. And around the time I turned twenty and I probably didn’t have to sneak out anymore but still wanted to, I worried that someone would notice my open window and my fears got the better of me. And just like that a window taught me how to grow up. (Mahjabeen Syed)