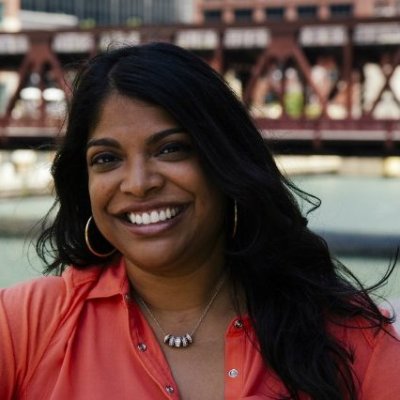 Radio is a uniquely intimate form of media. We accept these voices into our cars and our kitchens, into our headphones and routines. And when you listen to enough radio, certain voices come to sound as comforting and familiar as the voice of a smart, curious friend.

For the past three years, “The Afternoon Shift” on WBEZ has been home to many such voices, first under the guidance of Steve Edwards, then the great Rick Kogan, and, since 2013, host Niala Boodhoo. Yesterday, the station announced they were pulling the plug on the program and letting go of Boodhoo. This is sad news, in part, because it cuts local weekday programming in half, but also, much more viscerally, because it feels like the departure of a friend.

“The Afternoon Shift” was never a blockbuster when it came to ratings—that’s part of the reason it was cancelled—but those of us who liked it did so because it seemed to exemplify what a talk show on public radio is supposed to be: it tackled subjects big and small with equal measure and depth, and acted as both the window and the mirror to the city, reflecting us back at ourselves while also showing us a little of the world outside.

A show last January seemed particularly emblematic of this dynamic. In the space of its 2pm-4pm slot, the show delved into the hostage standoff that followed the Charlie Hebdo attack in Paris, the Obama Presidential Library, and the ethics of calling dibs on a parking spot you shoveled. In the latter segment, what might have been a banal time-filler in the wake of one of the city’s first big snows of the year was elevated into a proxy discussion of morality, propriety and tradition, with some callers defending dibs in a tone we Chicagoans typically reserve for scolding people who put ketchup on their hotdogs.

Some critics of the show have bemoaned the inanity of the topics discussed on it. But as far as I see it, the diversity of what it covered was one of the show’s greatest strengths. Some of its subjects, as in a recent segment on the history of black newspapers in Chicago, are things few, if any, other mainstream media outlets have spent time on. That’s a credit to the staff, but it is also a credit to Boodhoo, who brought a dancer’s grace to the subtle way she steered conversations toward what was most interesting, what was most challenging, what was most fun.

In announcing the decision, Chicago Public Media director of content and programming Ben Calhoun said that “The Afternoon Shift” had been lagging behind in ratings and that the station would redirect resources to “The Morning Shift,” whose own ratings have risen under host Tony Sarabia. It is a bummer to see the seemingly serene world of public radio succumbing to the cutthroat world of ratings and money, but it is also perfectly understandable; part of any media organization’s success is its willingness to grow and improve.

What’s less understandable, however, is why the station has let Boodhoo go. She was one of the station’s best reporters before taking the reigns of “The Afternoon Shift,” and as host of that show was one of the few people of color to have a program airing on the station at a time when public radio, and the media as a whole, is attempting to increase diversity and broaden the spectrum of its voices. It seems they could have found a new role for her, perhaps on the aforementioned “The Morning Shift.” Much of her staff is headed there, and it seems to me that Sarabia might benefit from a cohost; he is a fine host and excellent interviewer, but can occasionally feel subdued to a fault—perhaps the comparatively ebullient Boodhoo would’ve made a fitting counterbalance.

It’s a little embarrassing to be upset by the cancellation of a public radio show, but the truth is I am. There’s nothing inherently wrong with “BBC Newshour,” which will move into the 2pm-3pm slot, or “All Things Considered,” which will start at three, but there was something uniquely Chicago about “The Afternoon Shift.” And whether you listened every day or not, that’s something that’ll be hard to replace.