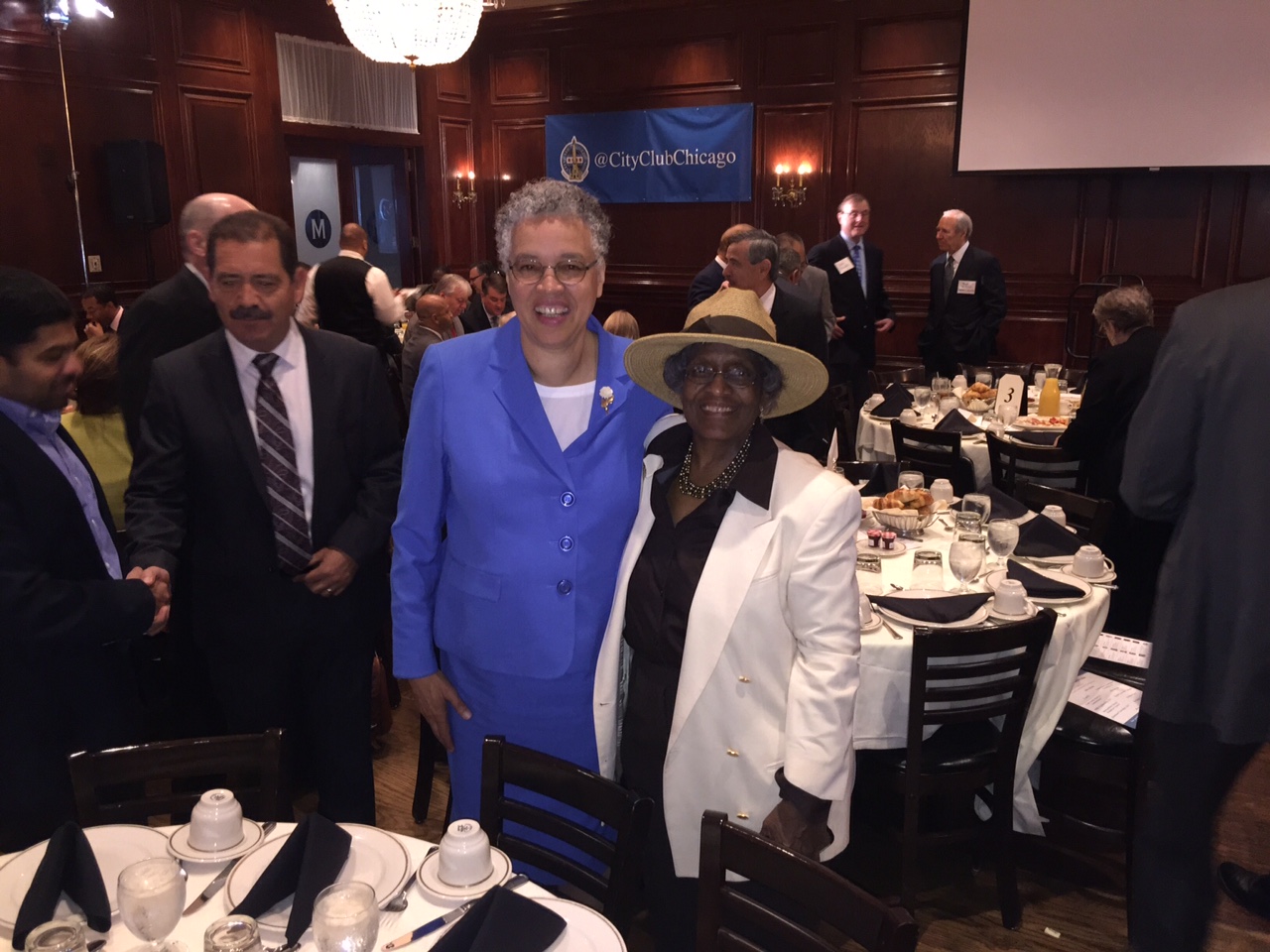 Back in 2010, when Toni Preckwinkle was running against incumbent Cook County Board President Todd Stroger, she successfully used Stroger’s one-cent sales tax hike as a campaign issue, going as far as to make an ad with a Benjamin Franklin impersonator. “I used to teach my history students about Ben Franklin,” said Preckwinkle, a former high school teacher, in the spot. “A penny saved is a penny earned.”

After she was elected, Preckwinkle rolled back the sales tax to the current 9.25-percent rate. As president, she’s generally been credited with improving the efficiency of the county government and cutting costs, avoiding the allegations of patronage and incompetence that hounded Stroger.

However, to address pension obligations, Preckwinkle is now calling for a return to the higher county sales tax. In response, a Crain’s magazine cartoonist recently portrayed her as a mad scientist crying, “It’s alive!” as the 10.25-percent tax rises from the operating table like Frankenstein’s monster.

There’s a saying in politics, “Never let a crisis go to waste.” Accordingly, The Center for Neighborhood Technology and the Active Transportation Alliance are using this moment when the Cook County commissioners may vote for a tax hike to promote their Transit Future funding campaign. They’re asking the commissioners to simultaneously create a dedicated revenue stream for public transportation infrastructure in the county. CNT vice president of policy Jacky Grimshaw explained the reasoning behind this new push.

Why is Preckwinkle talking about raising the sales tax? That seems like political Kryptonite, considering that Stroger lost the election to her over that issue.
Well, she has spent about four-and-a-half years cleaning up county government, creating opportunities to be more efficient, eliminating positions that were not crucial to the operations of government and bringing the budget within the means of the county. At this point in time, it’s become crucial that there’s action taken to fund the pensions. As she said, it’s costing about $30 million a month the longer there is a delay in putting in new provisions for pension reform.

So Active Trans and CNT support this tax hike?
Yes. The reason why we support the tax is because, when we talked to the president about backing Transit Future, she said she was supportive but had to take care of pensions before she could deal with any kind of transit expansion. So her taking action to deal with the pensions is the first step toward us getting the support we want for public transportation.

People are going to be upset about the higher sales tax to pay off the pensions. Aren’t they just going to be angrier if we add more fees in order to fund transit?
People just don’t like paying taxes. But what we have seen in communities across the country where voters have had to pass referenda to provide any kind of transit revenue, is that voters are supportive of taxing themselves, if they understand what benefit they’ll be getting.

In places like Los Angeles, where the city and the county had to approve a referendum for taxing themselves to improve transportation, they passed it with almost sixty-eight percent of the vote. People saw the benefit that they would receive from [the half-cent sales tax increase to fund new subway lines]. I think we don’t give taxpayers enough credit.

So one option for funding transit in Cook County is for a portion of the sales-tax hike to go toward public transportation. Alternately, you’re calling for an increase in the gas tax, user taxes [on the titles of cars, motorcycles, and boats], and parking taxes and fees.
What we did was to identify some potential sources of revenue. But what we’ve said all along is that it’s up to the commissioners themselves to decide which of those taxes they want to enact. We can only provide them with information.

How much money would you like to see raised via these new fees?
We believe the county would benefit from $20 billion in infrastructure improvements. To leverage that, we think we need to have a revenue stream of about $200 million annually, to provide matching funds for federal transportation grants or payments for infrastructure loans.

So if we got this $20 billion, what are some of the things you want to do with it?
We see that money building new rail lines and expanding about ten existing ones. It could also fund Arterial Rapid Transit bus service throughout suburban Cook County, and build the Ashland bus rapid transit line here in Chicago. Those are in the Chicago Metropolitan Agency for Planning’s Go To 2040 long-range plan, and you have to have a long-range plan in order to get access to the federal funds. So those are things that we’re supporting that will help fill in the gaps that currently exist in our transit system.

While we’re on the subject of transit funding, Governor Bruce Rauner wants to cut $140 million from the Regional Transportation Authority budget, which would probably lead to fare hikes and service cuts. Do you think there’s a prayer that we’ll be able to avoid that?
[Laughs.] Talk about gazing into a crystal ball! As far as getting into the brain of Mr. Rauner, I have no idea. The only thing we have is what he said, what he’s proposed, and we’ll have to see whether or not the General Assembly goes along with that. You’re watching the stalemate just like I am.

[…] Read the rest of the interview on the Newcity website. […]

[…] now, Active Trans and the Center for Neighborhood Technology are trying to persuade Cook County commissioners to create a dedicated funding stream for Transit Future in conjunction with a proposed sales tax […]