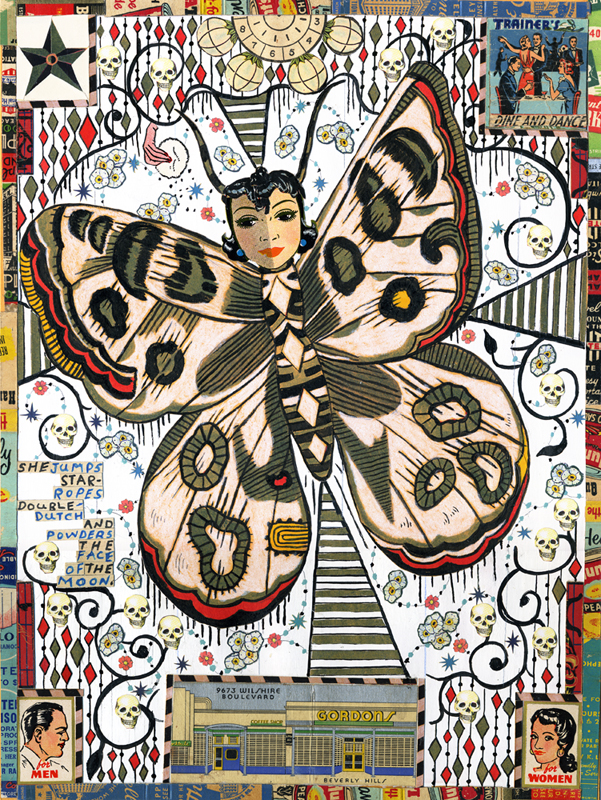 If anyone would have told me four years ago that I’d have lasted at this job for four years, I’d have not believed them. This is the longest I’ve ever held a job. I think because I don’t think of it as work is the secret of the longevity. I can think up and relay the craziest shit imaginable and I get paid for it. I wish Newcity had been around when I was fourteen or fifteen when I used to get knocked around by various religious orders in school for espousing these very thoughts.

Really, no shit, I used to get slapped silly for uttering the thoughts I get paid for sharing now. The Christian Brothers would play volleyball with your head if you uttered the language I’ve used in “Dime Stories.” They were nasty, unpleasant motherfuckers who I do not miss.

I have to admit that this job has changed me. It has made me think harder about damn near everything. When I was hired, I was pro Second Amendment and loudly declared it, and then two things happened. My friend Rocky, a woman who tended bar at Three Aces, was shot in a robbery a block and a half from where I live. Thankfully she lived and was restored to health; partly due to Stroger Hospital’s proficiency at dealing with gunshot wounds. She told me at a gathering some weeks afterward that having a gun would not have helped her one bit. So much for the deterrent argument. Not long after came the Sandy Hook massacre where twenty-six people, all but six of them small children, were shot to death by another fucked-up American with unfettered access to firearms. They could have been your kids. They could have been my kids.

At that point I abandoned my defense of gun ownership. I broke faith with the delusional belief that a well-armed society is a safer society.

What I want now is for it to be very difficult to obtain a gun—sanity tests, to be repeated every six months, background checks, long waiting periods for FOID cards, and no concealed-carry. And I want the firearms industry to pay for these things and stack these fuckers in lines like the DMV. I have no kind feelings for an industry that has profited wildly from more than 10,000 deaths due to gunfire in the U.S. yearly. Fuck them and fuck the NRA and their vile stranglehold on the political process. Decide folks: Decide that you love your children more than you love your guns.

I caught no small amount of crap from people who said things like, “I thought I knew you!” and “How dare you, you know this is wrong—you are drinking the liberal Kool-Aid” and, even better, “I just can’t fathom having been friends with someone like you!”

Look at it this way, Bunky, one less X-mas card to send out. I’m immune to the shaming of the gun-nuts: It is my most sincere wish that they all take a flying fuck at a rolling donut.

The other thing that changed was I started writing about politics. What’s surprising about that is that I hate politics, and politicians, with the exception of former Governor Pat Quinn—a peoples’ advocate from the beginning.

I think we should gather up all of the politicians into one gigantic Port-o-Shitter… lock it tight… light it on fire… and bulldoze it over a cliff. Right before I got this job, Rahm Emanuel was elected mayor. He did so by running against Moe, Larry and Curly. He waltzed into the mayoralty and immediately  became the smug little tyrant we always suspected he was. The press let him get away with it—they allowed it—while gunfire ripped through the city and shot more than 400 children a year. While the schools were in shambles, his first priority was attempting to break the teachers’ union. And he failed. The teachers under Karen Lewis’ stewardship handed Emanuel his ass. He then closed fifty schools, fired 500 teachers and 600 administrators while lavishing entitlements on the charter-school projects.

Again,  people told me I didn’t understand, that these schools were under-attended and under-performing. How could I not see that! I can believe maybe ten or twelve of these schools needed to be shuttered—hell maybe even twenty, but fifty? A cynical person might think the Wee One was trying to thin the herd of the Teacher’s union rank and file.

Maybe the mayor will think twice the next time he tries to  throw labor under the bus. It’s hard to believe a guy as smart as Emanuel, and he is smart, doesn’t realize that the history of labor and unions was written in Chicago. That four people, innocent people, went to the gallows for the eight-hour workday. Labor dies hard in this town.

I think it genuinely surprised the mayor when he was forced into a runoff with Chuy Garcia this year. Wow, not everybody loves Rahm. Boo-hoo. Had he run against a less decent, more blood-thirsty guy, he’d have lost. Part of me hoped that Alderman Scott Waguespack would have run. He reminds me of the kind of person who they made movies about going to Washington. He’s a decent, honest guy and here’s hoping down the road he tosses his hat into the ring.

As for this job, I still love it. My bosses Brian and Jan have been great, and gently and wisely taught me how to do it. This next week I’m going to Lollapalooza! I will probably be the oldest guy there. So if you see an old guy shaking his flabby white ass to TV on the Radio, be kind… cut him some slack.

Often when I’ve gone to music events in the past, kids will take one look at me and throw their joints on the ground… one of these days I’ll surprise them and pick one up and take a big hearty hit. That ought to teach them.