For Newcity’s coverage of the music of Lollapalooza, click here. 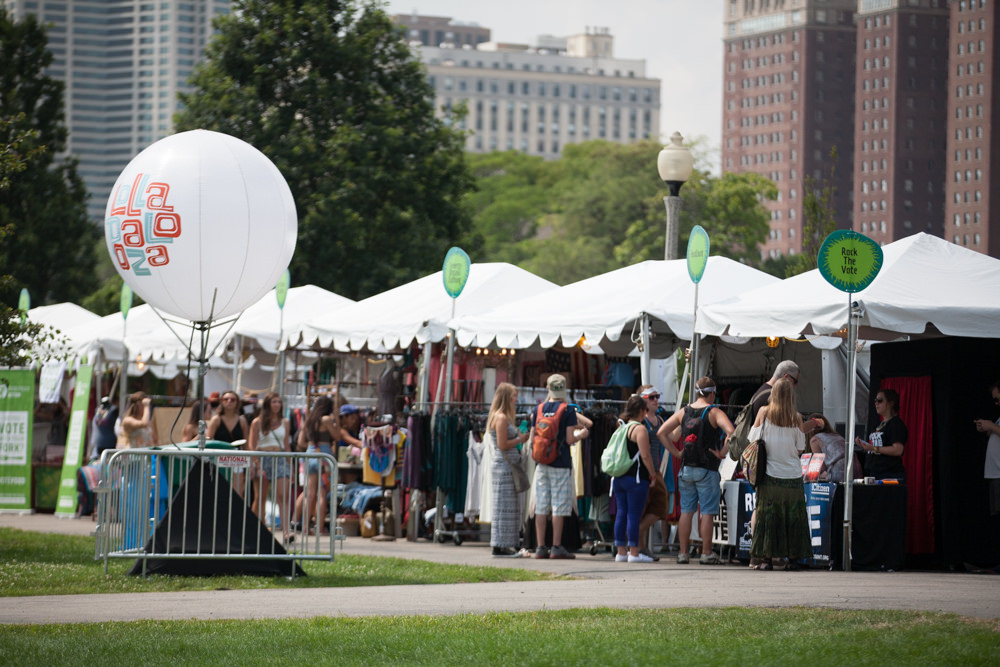 Excitement is in the air. Lollapalooza returns to Grant Park this year from July 31 to August 2 featuring a lineup highlighted by Metallica, Paul McCartney and more.

The festival hosts 142 musical acts on eight stages and 100,000 fans and promises to be a weekend for everyone to remember.

Smackdab in the heart of the festivities, Green Street holds true to all of the Festival’s core values of social responsibility and environmental stewardship. It is home to a curated art market, activations by non-profit organizations, farm-to-festival fare, and environmental efforts.

Swing by the Lolla Farmers Market to enjoy small-batch, homegrown Chicago flavors and hob-knob with the locally sourced vendors while satisfying your conscious cravings!

Lollapalooza works hard to feature amazing and noteworthy non-profit organizations in the Lolla Cares section of Green Street. What’s great about this space is fans can interact with representatives of the selected organizations and they can chat about making the world a better place!

Organizations are selected based on their missions and they often run the gamut… In fact, our selections for this year’s Lolla Cares include organizations that fight hunger, promote environmental initiatives, encourage voter registration and political engagement and various others.

Being featured at a festival with such a large audience offers a great opportunity and exposure for these organizations to interact with tens of thousands of smiling fans.

Want proof of how Lolla Cares makes a difference? Last year one of the organizations, Syd Rocks gave out 400 necklaces for donations for medical research to find a cure for Langerhans Cell Histiocytosis and pediatric cancer. Oxfam America got 1,000 signatures on a climate-protection petition and gave out 200 tomato plants to festival-goers, all pleased to have the opportunity to grow their own food.

You can also join Love Hope Strength Foundation’s GET ON THE LIST campaign by signing up to be a potential bone marrow donor at their booth in Green Street South. Lollapalooza has been the source of thirty-three potentially lifesaving matches!

Minimizing Lollapalooza’s environmental impact has been a mission since its inaugural year in 1991. Over the past eight years, Lollapalooza’s producers and fans offset approximately nineteen million pounds of carbon dioxide, which equals the amount of carbon dioxide absorbed by 1.9 million young trees in a year! More than 1.4 million water bottles have been avoided through free water filling stations since 2010.  Returning for its eleventh year, The Rock & Recycle Program invites thousands of fans each year to be rewarded for joining waste diversion efforts.

Now expanded to Chile, Brazil, Argentina and Germany the flags of Lollapalooza’s hosting countries fly high over the Festival entrance as we celebrate international efforts to maintain environmental programs and expand the Festival’s footprint around the globe.

We invite you to take a few moments to get inspired by some of the excellent causes in Green Street. You can make an invaluable contribution to the world straight from Lollapalooza.

See you at the Fest! 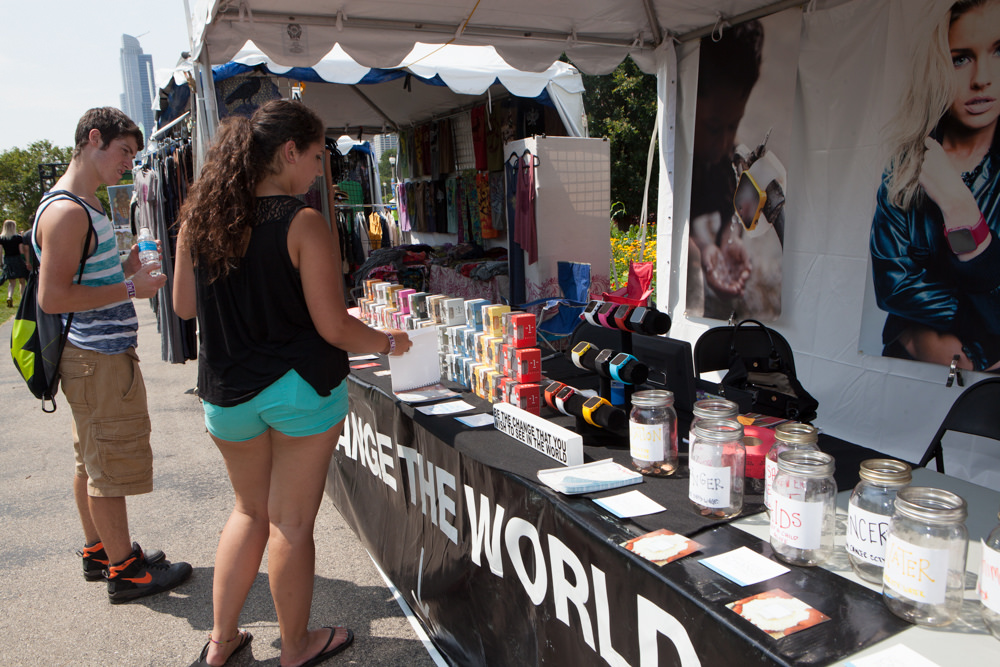 Waste Not: How Lollapalooza Handles Its Trash