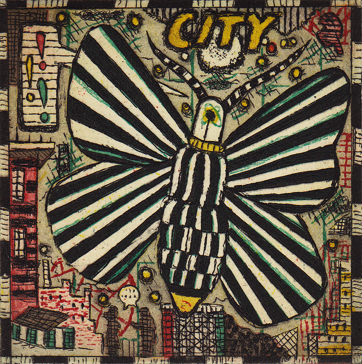 It’s an unusual experience applying for a work permit in another country. It makes one feel some empathy for those who have to go through this process in the U.S. I’m in Montreal, one of the most beautiful places I’ve ever been. It is an old city with amazing stone architecture, and old Montreal reminds one of Paris with its narrow brick streets and bistros.

I’m working on a TV show and I had to get a work permit at the airport. You do so by going through immigration. I made the mistake of getting all of my luggage before going to the immigration office so all of my luggage—I travel a bit heavy—sat outside the office while I waited for my work permit to be approved. I was paranoid someone would just roll the stuff away. Evidently this doesn’t happen in Montreal. The very polite kid in the immigration office said “there are no worries, this—luggage theft—has never happened here.” I was incredulous. If this were Chicago or New York or any other large American city, my luggage would have been on its second owner by the time I went through the ninety-minute process.

Sure enough, when I came out of the immigration office, there was my luggage, all four bags and my jacket draped over it.

Canadians are unfailingly polite and friendly, if a bit curious about what ails America. When you get sick in Canada, you’re taken care of and nobody bitches about universal health care—up here it’s just the decent and fair thing to do. A great many Canadians own guns, about thirty of every one-hundred Canadians. Yet every year there are fewer than 200 firearm-related homicides here.

In all of Canada. The whole country.

In Chicago alone, sadly, this is about half of the yearly tally. We could learn something from Canada.

When I was a kid the Montreal Canadiens would routinely visit Chicago and stomp the Blackhawks. They had whole teams that are now ensconced in the Hockey Hall of Fame. Names like Guy Lafleur, Jean Béliveau, Yvan Cournoyer (the Roadrunner), Ken Dryden, Pierre Bouchard, Henri and Maurice Richard, and the meanest man in hockey—Johnny Ferguson. These guys were responsible for about ten Stanley Cups just in my lifetime alone. In the city of Montreal, though, they walk with the gods.

One of the doormen at my hotel is a great old guy named Bernard—he’s worked here since the place was a Four Seasons. He remembers the seventies-era Canadiens drinking the place dry and then playing hockey the next day—or later THAT day and still clobbering everyone in sight. He told me “Guy Lafleur could drink and dance all night and then somebody would drive him to the Forum to play.”

Bernard smiles a big smile when he tells me this. I quietly remind him that Lord Stanley’s Cup currently resides in Chicago, and that we’d like it to remain there for a while. He smiles a sad smile. I ask him if, when men fall in love with women up here, while they’re making out, do they pull their sweater over their heads  like in a hockey fight? He laughs his ass off and then tells me that Canadians always have sex doggy-style. This way they can both watch the hockey game. This busts me up—I decide Bernard is one of the great ones.

More than one person asks me about Patrick Kane and I tell them I don’t know anything. And I don’t; only that the whole sorry, sad episode is another indicator that the sense of entitlement that enshrouds entertainers, athletes, politicians and anyone else with any measure of fame, is every bit as entombing as a terminal illness.

While I am here an editorial board member of the Chicago Tribune writes an idiotic essay wishing that something like Hurricane Katrina would befall Chicago in the hopes that the city would somehow benefit from the catastrophe. It is one of the most moronic and tone-deaf things I’ve ever read. It made me want to apologize to the city of New Orleans on behalf of Chicagoans. 1,833 people died in the storm.

New Orleans lost a lot of their population and a great many people died of illnesses connected to the storm, air quality and lack of proper medical care.

Not long after Katrina I spent a lot of time in New Orleans, watching people, brick by brick, put it all back together or save what could be saved. I witnessed selfless acts by everyday people who collectively achieved a heroic example of citizenship.

My musician friends Paul Sanchez, Leroy Jones and John Boutte playing benefits, singing, spreading hope in an undefeated, unified voice. Herbert Gettridge, who at eighty-four years old, rebuilt his home—by himself—in the Lower Ninth Ward. Dan Cameron, who brought Prospect.1, the new American Biennial, to New Orleans in 2008 and made people think of the Crescent City as a cultural destination for visual art again. Paul Chan of Creative Time who staged Beckett’s “Waiting for Godot” in the ruins of the Ninth Ward. Never has that play had more currency.

Chris Rose’s “One Dead in Attic” which chronicled the city and the storm from minute one and served as something of a spiritual x-ray of New Orleans as she remade herself—an astonishing book that nearly cost its author his sanity.

There were endless acts of “no surrender” in the face of the Federal government that fucked them over and did a for-shit job of rebuilding the most necessary city in America. To witness the courage and resilience of the citizens of New Orleans gave me great hope: for them, for myself, for all of us. I came away with the knowledge that the glass is not half empty, but half full.

My friend, the poet Laurie Williams, always refers to the city of New Orleans as “she,” as if the city is a woman. I’ve always thought this was somehow appropriate. She wrote me a letter right after she returned to New Orleans after the evacuation and the storm and described the giant oaks as having their arms wide open—welcoming her back.

After all of the worry, loss and tears? This elegant woman is still standing.