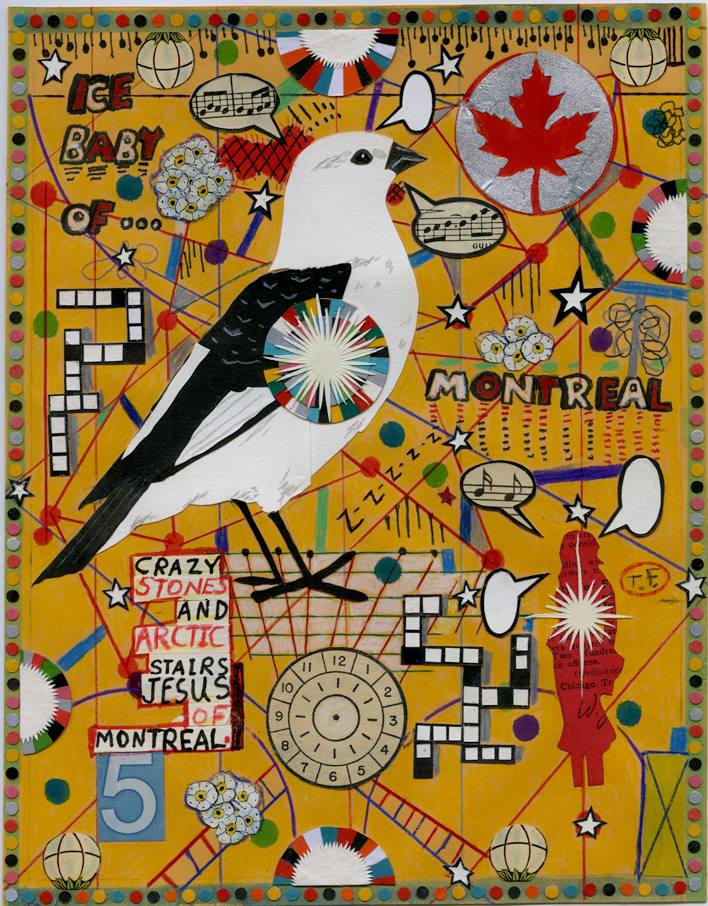 I’ve spent the last couple of weeks in Montreal working on a TV show. I’ve never been here before but in certain parts of the city and the subway, I’d gotten this odd feeling of déjà vu… and then I figured it out—this city is featured to full and beautiful advantage in Denys Arcand’s luminous “Jesus of Montreal.” It is the story of an actor, played with beautiful subtlety by Lothaire Bluteau, who decides to perform a play about Jesus’ last days on earth. The show becomes a hit, much to the chagrin of the Roman Catholic church in Montreal. They confuse his passion and his invention for blasphemy.

His character “Daniel” eventually collapses on the Metro platform after ascending the escalator—and as a result of negligence he is brain dead and his organs harvested to give several other people new lives. It may sound heavy-handed but it’s not—it is directed with a poetry and a benevolence that transcends the weighty metaphors. Simply put, it is a movie about human kindness, and how the least among us must sometimes bear an unfair and arduous burden of humanness. I love this movie.

I also have to say that I love Montreal with its old stone masonry and buildings. The old part of the city reminds me of Paris and, for a big city, there is no shortage of green space. One notices a lot of people get around on bicycles and there isn’t the warfare between bikes and cars that I notice in Chicago—people are incredibly nice here. Every taxi driver I’ve had is also a historian of sorts: One guy, Pete, used to own an antique store and spent a lot of time explaining the different parts of the city as far as districts go. There is a restaurant scene that is red hot, a lot of theater, a couple of great art museums and a bunch of galleries I didn’t bother with. The bookstores are great, each of them having a certain niche: Drawn & Quarterly for graphic novels, SW Welch for the classics and many used bookshops everywhere. There is a murderous staircase on Mont Blanc and every day my cast-mate Chris Conrad RUNS up this behemoth. On cloudy days, the stairs don’t stop with the clouds, and it appears that Chris runs right through the clouds.

People are fit here: they run, bike and go to the gym—something to help survive these insanely cold winters. While I’m ready to come home, I’ll miss this elegant city; its civility and kindness go a long way when you’re a visitor.

When I return, the Cubs’ Jake Arrieta has thrown a no-hitter and the mayor is being led out of  Malcolm X College behind a wall of bodyguards after being shouted down at a CPS budget meeting. It occurs to me that you rarely see him out among the people pressing the flesh. Every time he appears in public, it is ever so carefully choreographed and stage managed by his handlers. This night got away from them for a rare instance—he and the City Hall crowd weren’t controlling the message and, when that happens, he does what he always does: he picks up his ball and goes home.

I’m oddly proud of the crowd for confronting him, for letting him know that, in essence, he is their employee. That along with the twelve hunger strikers representing the Dyett School, they’re not there to have “audience” with him. What this mayor needs is some pushback. He needs for people to tell him bluntly that his policies favoring the wealthy and charter schools rob our neediest citizens and their children of an equitable chance at an education. Maybe then he’ll get the idea that whatever pixie dust had enshrouded him from the Clinton and Obama years has long since worn off.