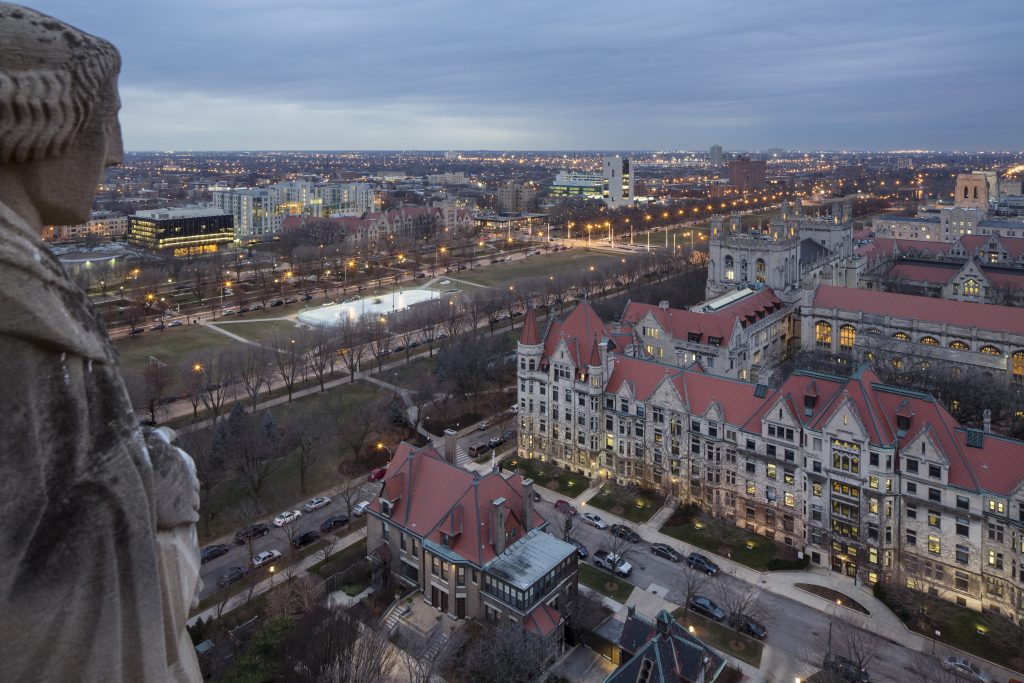 I was a first year in the College in 1979, in my first quarter, taking Ralph Lerner’s Common Core social science course called “Political Order and Change.” A small class of maybe twenty students, we sat at desks aligned to form a large hollow rectangle, with Professor Lerner in the center of one end.

We were reading Plato’s “Republic” and I was fascinated, even though it was written thousands of years before the sci-fi novels ands sports biographies that had occupied my attention up through high school. Our professor really brought its ideas to light in our class discussions and I was in the early stage of a transformative intellectual awakening. I showed up one day and took a seat at the corner near the professor. Sitting between us was another older guy I did not recognize. Professor Lerner started the class by introducing our guest, a friend of his who’d been visiting him in his office and had decided spontaneously to join our conversation that day. His name was John Paul Stevens, then a relatively new justice of the United States Supreme Court.

Yes, there I was, all of eighteen years old, discussing the very foundation of justice with one of its most powerful advocates in the world. This, I figured, was the way my life was going to be from now on. Book chat with leaders of the free world and all that.

Of course, it has not quite played out that way. Though I’ve been fortunate in my career to meet and engage with an endless array of interesting and influential people, it would still be a very big deal to have a personal conversation with a justice of the Supreme Court. The me-now often wishes it could tell the me-then how much to savor that moment and other significant opportunities for intellectual odyssey at the University of Chicago, the kind that would not likely ever present themselves again quite so effortlessly.

And in that spirit, we offer you the Chicago Manual. Not a bunch of suggestions from your contemporaries, but from the future of you.

The City Beyond Campus: Illuminating Hidden Architectural Facets of the South Side

Opportunity Knocks, and Knocking: The State of the Arts in Hyde Park

Doing it For Themselves: Age and Class Insularity Among the U of C Crowd

Go South: Finding eta Creative Arts Foundation and Finding Myself in the Process