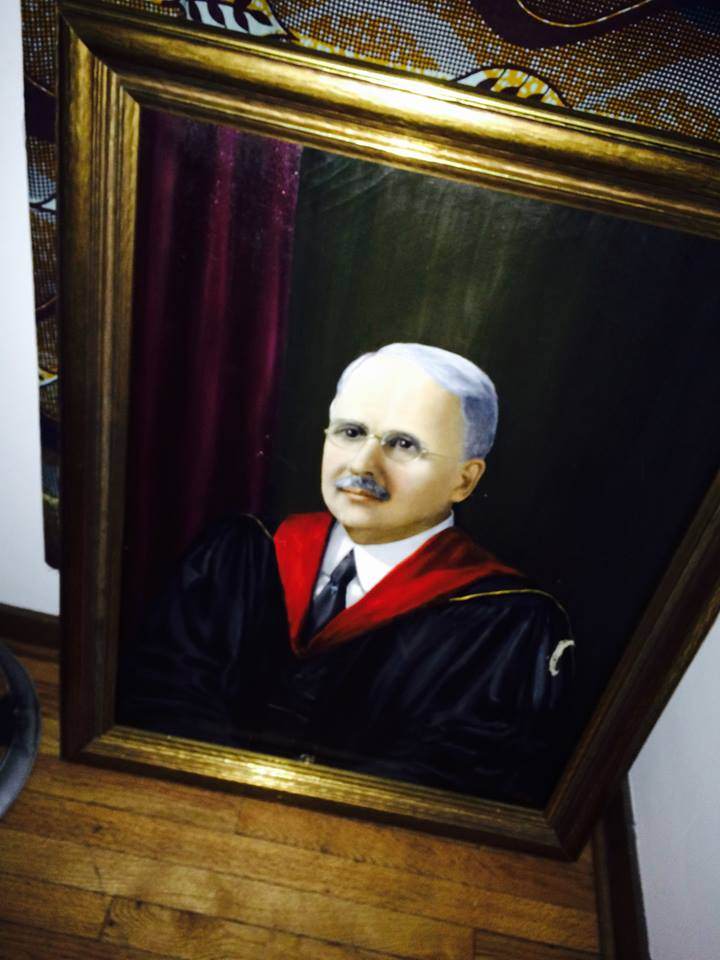 It’s not long after the start of last year’s academic year. Another cold night, another slog out into the autumn chill, then a long ride cross town to check out a new art and performance space in Hyde Park. I’d heard about it through some mutual U of C friends that overlap with the North Side DIY youth spaces I’ve been frequenting, like Slag Palace and Kill Your Demons (KYD collective) and tonight, sitting on a Green Line, still slightly stoned, then slogging out on the pavement and the haul east across the park until I end up at Transit, yet another new art-slash-performance space that I have to take three buses and two trains to get to and it’s a long slog from my perch in the Lincoln Square neighborhood south to Hyde Park. Still, the feminist folk punk lineup is in my wheelhouse, and I’m interested in checking it out. Eventually, I locate the address through some iteration of turning around and around, staring at the little blue GPS dot flashing on my phone, trying to figure out what direction I’m facing because I honestly can’t tell, and after walking a few blocks around in their entirety, I end up roughly back where I was when I started out, except I’m standing in front of the address I’m looking for. Somehow. Yep, I double-check, this is it.

Bzzt. I’m admitted and walk up a short flight to the unit number in the invite, and the door is ajar, music audible at a high rate of volume. Inside, it’s one long dark hallway, at one side of which, hallway behind a curtain, there is what looks like a stolen faculty portrait, which I understand is the sign of any good university extension space, especially a place for serious partying. Eventually, the corridor terminates in a living room, followed by what looks like a dining room, though it’s hard to tell because it’s so jam filled with bodies, kids trying to cram in and watch the bands play. It starts to feel a little claustrophobic, so I head upstairs to scout things out, to a terrace overlooking the main floor, tons of apple-cheeked men and women, U of C students, clean-looking, like the house, a new-construction place. It takes awhile to find the alcohol, one long table along a recessed nook where rows of liquor bottles and mixers are laid out for attendees. Cool, perfect, I think, and pour up a Jack and Coke. Sipping the cup, looking down over the growing crowd beneath, it occurs to me that everyone is very reserved, very cagey for a punk rock show, hardly any drugs in evidence. And clearly, I’m the old guy here, gray beard hairs and handlebar mustache; I’ve gotten used to the sense of entitlement on display in these scenes, but the ageism always takes me by surprise. There are just certain boundaries a lot of the young crowd aren’t willing to cross, and getting hit on by the old guy at the party is an easy bigotry to whip out.

Fun, money, social climbing. In most all the spots I visit, profit or some sort of career-advancement is generally the primary purpose, and this DIY space really proves no different in this particular regard; is, perhaps, more pronouncedly the case for all the insularity and unwillingness to act in a salutary way, when confronted with social contexts other than their own, that informs the background of most of the students. I decide to take up a spot on the sofa, beneath a tape-drawing of the CTA rail map on the eighteen-foot-high flat of wall above my head. I sit working on notes until one of the co-hosts of the space, Dame Bramage, comes over to introduce herself, sits next to me. Young, and dressed in a dirty-ish frill prairie dress, she’s an image of demure wellbeing, evincing an air of gentle self-possession. In short order, we realize we’ve got mutual friends, including my S.O. at the time, Sophie Shellbags, who Dame has been buying LSD from. It doesn’t take long after that before she starts filling me in on her background, how she met various mutual friends we have, that kind of thing. Sitting in this spot, talking with Dame, it’s interesting to reflect on how my social connections reach into the underclass.

And, well. Once I’ve identified myself to Dame as a reporter, it complicates the picture somewhat. When she asks me what I write about, I tell her I write social critique, and cover the DIY scene and before long, a friend of hers wanders over. A black woman in a tight-fitting black dress who, when Dame explains who I am, sits at my feet, and peppers me with questions about my writing, mock-curious. We talk awhile, and I ask her what she thinks of the people she knows at the party. “Well, it’s the University of Chicago. We’re all the ones who’re going to rule the world someday, right?” she asks, and I shake my head. The answer, of course, depends. Affirmation and mutual validation of social castes seems like a primary consideration; there’s so much need for approval, and it’s nerve-racking for everyone, this kind of scene with all its embedded sizing-up. 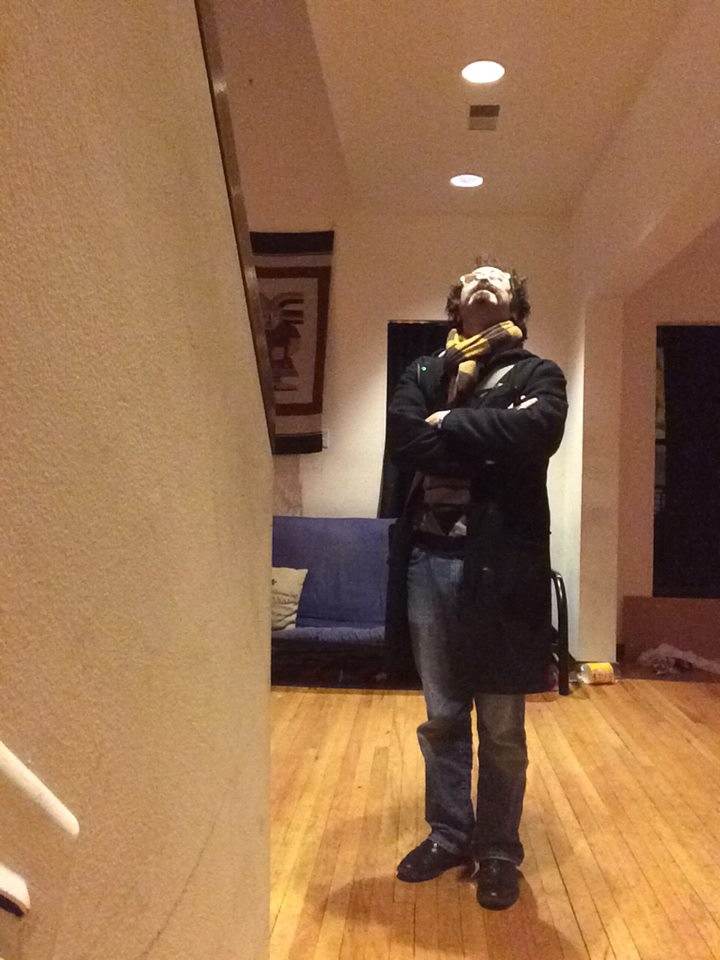 The author on the scene, not-so-disguised as a first year

It’s also the least hospitable for a moment to weirdos like this reporter, as the oddball outsider at the frosh party, half-baked from all the pot I’ve been smoking, eyes glazed and red, and not sure where the restroom is, I make my way up to a hall lined with kids. It’s hard to hear from the din of voices, people talking, leaning against the walls. “Is this the line?” I ask and a couple of them pipe back no, pointing up toward the end of the hall. So I head that way, plodding up the remainder of the dark hall to this plain wood door at the end, and knock. Listen. No sound, so I knock again, this time while simultaneously opening the door and looking on the inside wall for hopefully a light switch when this guy bounds up out of bed and I realize I’ve just got pranked. Ah, “Sorry, sorry,” I say and back away and Dame has already cleared most all of them from the hallway.

Kids pranks, stuff like that and I try to recall that when most of this age group was coming of age, I don’t know. Nothing in the room is construction older than thirty years; everybody looks cheery, happy, great. Better than great; manicured. You might even say mmmm entirely over-groomed for a house party and, as the evening progresses, the costumery gets more refined and delicate, until you start seeing dinner wear, not at all demure in its ostentatious statement-making. Not the one I remember, I hear myself think, realizing how so many of the people I’ve spoken with are alienated in a structurally deep way with their own sense of institution and community, and the deep, open bleeding wounds of distinction between these two things in social life today. It’s nothing different. Nothing undifferentiated. Students come and go in waves, raised for a moment upon and subsumed back in to their various cliché social cliques until, as the hours start getting shorter and shorter, the group starts to thin out until eventually it’s just the roommates left. They talk, now some of them in bath robes and brushing their teeth, chatting about the party. I sit there still, now somewhat unnoticed, now a piece of the furniture amidst the six or seven roommates of the apartment building, until eventually it’s just me, and they all retreat to their various bedrooms and I let myself out, quietly slipping out and away into the darkened night streets.