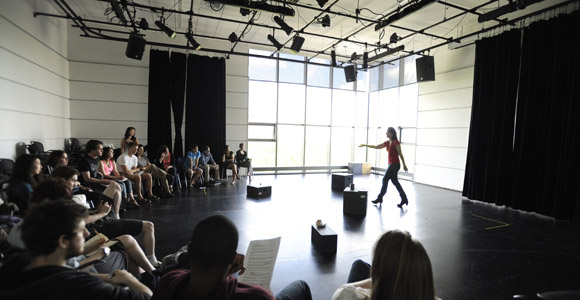 Hyde Park can become a very small place if you let it. Especially when you’re an undergraduate student, when you’re just learning about the city and your place in it, when the other parts of the city that people tell you to visit are just so… far away on the Red Line. Hyde Park can be suffocating, when your homework is calling and you wake up from a drooling nap at 8pm in the Reg, and realize you almost (or did) miss your rehearsal for this/that/the other. You feel like you never leave—if you let it happen.

The South Side can also be a place of discovery, just like Lincoln or Wicker Park, Logan or Lincoln Square, insert-any-North-Side-neighborhood-here. Not only campus, which is one of the densest bits of arts-rich land in Chicago, but the rest of the South Side, too. That big blot on most Chicago maps labeled just with that moniker is peppered with important arts venues and hotspots, which are waiting to be found by an intrepid hoofer (or motorist, should you be so lucky as an undergrad).

As an undergraduate theater major and writer for the then-Newcity-affiliated Chicago Weekly (now the independent student publication South Side Weekly), I was looking for a “scoop” when I researched South Side theaters. I thought there had to be a story hiding somewhere just out of reach, where no other student would think to look. I discovered a theater that had been on the South Side and flourishing for many, many years before my “brilliant” idea had come to me: eta Creative Arts Center.

“Eta,” or “e.t.a.” as it is called, is a hub of activity for many black artists, and has been a springboard for many famous performers who moved on. But for people I met at eta, it was also a home. A creative home, a community home, a place where everyone could express themselves and feel good or feel empathy with their fellow artist and person, where there was no fourth wall between the audience and the stage. That’s what got me—the responsiveness to the performance. People were unafraid to express themselves vocally, because theater is truly a talk-back, every time, every performance, and people who only visit the North Side can forget that.

My first encounter with eta, which involved an odyssey of CTA-ing to its home further south than I’d ever been in Chicago, was not to be the last. To this day, I find myself randomly running into colleagues and professionals who are involved with that theater. Sonita Surratt, a director whom I admire and who introduced me to the opera world, is currently directing “Sins of the Father” at eta. Without her, I would not be embarking on some of the projects I am working on, including a possible collaboration with her. I value every relationship I made and every moment I’ve spent at that theater. 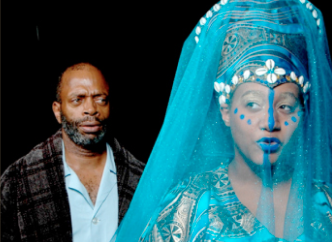 Production photo from eta’s “If Scrooge was a Brother,” music direction by Sonita Surratt

Don’t get me wrong at all; I know and appreciate the other theaters, in Hyde Park and elsewhere. Court Theatre is a real gift, and most U of C students don’t take proper advantage of it (Arts Pass, a.k.a. your UCID, gets you into shows for free on certain days). Having had the chance to work with Nick Rudall and Drew Dir, among other Court regulars, I can say honestly that Court Theatre’s work is in the top-ten percent of what I’d consider “worth watching” in the city, and I try to get in when I can. University Theater is also not to be forgotten, especially because of the absolute wealth of opportunities afforded to young theater makers at the university by the Logan Center for the Arts, which is also a real gift. And if you, an undergrad, have not yet spoken one-on-one with a member of the Theater and Performance Studies staff—namely Heidi Coleman—you are missing out on a mind-bending challenge well worth the sweat.

But there’s something unexpected and magical about discovering the theater that is hiding just around the corner, on the South Side, which some people seem to forget is full of living, breathing neighborhoods full of people just like North Siders who aspire to do everything that the rest of Chicago wants to do. A University of Chicago student can graduate without exploring what’s just on the other side of campus, and why?

I know that, for me, finding eta was game-changing. It renewed my interest in community-oriented theater that engages the people who live in the immediate vicinity in conversation and communion. The arts should serve the community that fosters them. Somehow or another, eta is a little island that fosters unique performances, a gallery and events that promote the wellbeing of the South Side—and we tend to forget it’s there.

I returned to eta for their gala event a year or so after researching it for my Chicago Weekly article. Barbara Kensey, the PR manager for eta, welcomed me with open arms and shepherded me around, introducing me to many of the movers and shakers in the scene. Those people, though amazing and talented, were also impossibly warm to me, although I had initially come from a very different place, the whitewashed university. It was more important that I cared, and still do, about the work that eta puts out. Caring meant I was part of their in-crowd.

So to all those theater nerds or drama geeks, hell, anyone who is interested in participating as a spectator in good art: I strongly recommend turning 180 degrees from north, and exploring what abounds in your own greater neighborhood.