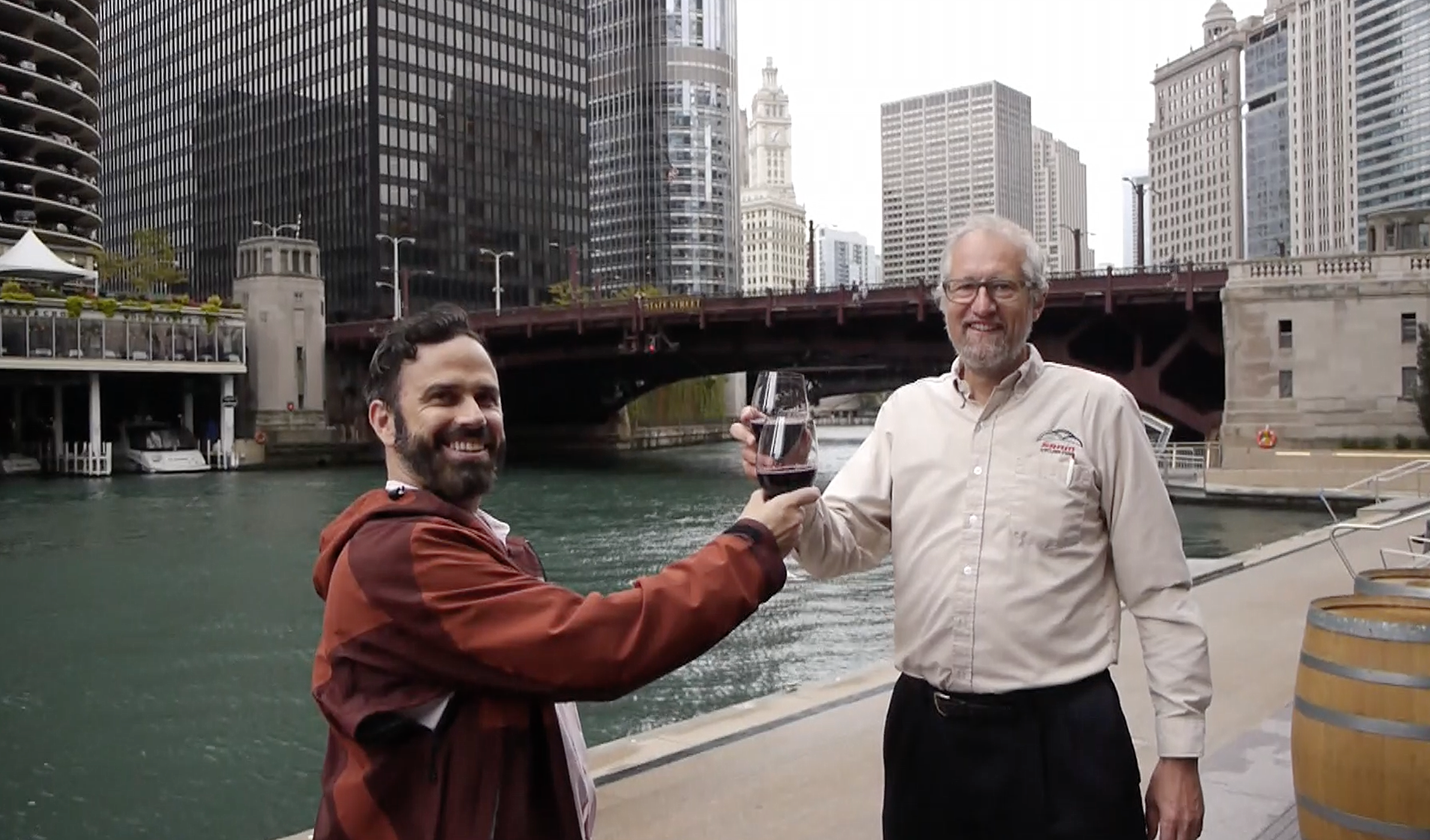 Ex-Chicago Department of Transportation chief Gabe Klein says that when he returned to Chicago earlier this month for his first real visit since he resigned almost two years ago, it was a highly emotional experience. He was finally able to see the Bloomingdale Trail and the Chicago Riverwalk extension, projects that he spearheaded as commissioner, filled with people enjoying themselves. “It reinforced to me that there’s such a huge demand, particularly in urban spaces, just for great places to hang out.”

Klein was in town for a conference on “shared mobility” tools like bike-sharing and car-sharing. He was partly there to talk up his new book “Start-Up City: Inspiring Private & Public Entrepreneurship, Getting Projects Done, & Having Fun” (Island Press), a primer on how to quickly make improvements to cities in the face of grinding bureaucracy. Disclosure: I contributed a photo for the pint-sized paperback, of the commissioner striding diagonally across Jackson and State during the ribbon cutting for the city’s first “pedestrian scramble” intersection.

Klein came to CDOT in May of 2011 as part of the Rahm Emanuel administration, following a stint as director of the Washington, D.C. transportation department. During his two-and-a-half years in Chicago he also launched the (highly controversial) speed camera program, built dozens of miles of buffered and protected bike lanes, created the Divvy bike-share system, and planned the Loop Link bus rapid transit corridor. He says he quit the job to move back to D.C. for the birth of his daughter Simone, whose name was partly inspired by noted Chicagophile Simone de Beauvoir.

With all the accomplishments Klein tallied in his short tenure here, it’s fitting that he originally planned on calling the book “Getting Shit Done,” his unofficial motto at CDOT. He even hung a sign in his LaSalle Street office with that profane slogan, plus the Emanuel-esque subheading “In Every Motherfucking Ward.”

Klein said his new book, written with urban planner David Vega-Barachowitz, is for city staffers who want to apply start-up-style energy to the public sector, as well as entrepreneurs who want to serve the public good, not just line their pockets. Using anecdotes from his career, including stints in the bicycle retail, car-sharing and food-truck industries, he stresses the importance of goal-setting, creative financing, effective PR and risk taking.

One of the most entertaining aspects of “Start-Up City” is how Klein pulls the curtain back on some of the Machiavellian intrigue that went on behind the scenes at Chicago City Hall. A recurring theme is how the commissioner battled pushback from bureaucrats who were afraid of making waves, as well as short-sighted, car-focused aldermen.

For example, when CDOT deputies pitched the riverwalk expansion to Klein, he loved the idea, but staff from Emanuel’s office and the budget office pressured him not to propose a flashy $100 million initiative to the mayor during a budget crisis. After keeping the plan under wraps for months, on the night before a key funding meeting in Washington, Klein finally broached the subject with Emanuel, who embraced it as a legacy project.

They were able to score a federal Transportation Infrastructure Finance and Innovation Act loan in a record eight months, and the riverwalk went from conception to construction in a mere twenty-eight months. Thanks to the massive popularity of the new promenade, it’s likely the city will have no problem paying back the thirty-five-year loan via docking fees and revenue from bars and boat rental businesses, plus ad and sponsorship money.

It was also fun to read about the one-way pissing match with ex-Illinois governor Pat Quinn’s office that led to the state transportation department quietly blocking CDOT from installing protected bike lanes on state roads. “The governor’s office didn’t want me or the city dictating policy to them, or making the state look old school in the face of change,” Klein writes. The conflict threatened to derail the installation of the game-changing Dearborn two-way protected bike lanes, but in the end CDOT charged forward with the plan, and Quinn’s office kept their mouths shut.

Despite Klein’s admonishment to learn from failures, the book does gloss over a few of his missteps. For example, he describes CDOT’s strategy of focusing the first round of Divvy stations in dense Chicago neighborhoods, which tend to be largely white and affluent, as a way to make the system financially sustainable while building demand for the system in less-dense areas.

However, this approach sparked some resentment in communities of color and contributed to lopsided ridership demographics. Likewise, he doesn’t acknowledge that CDOT failed at its original goal of installing 100 miles of physically protected bike lanes within Emanuel’s first term. Instead, the department lowered the bar by reclassifying bike lanes with merely a painted buffer as “buffer-protected.”

Those shortcomings aside, “Start-Up City” is a rousing call-to-arms for people who want to make our communities safer, more vibrant and more enjoyable places to live, without getting dragged down by municipal inertia and red tape. It’s hard not to be inspired by the closing line, “Only with a sense of fearlessness and risk-taking can we harness the best of what makes us human to forge a better future.”

Klein will discuss his book at an “Urban Think & Drink” event on Tuesday, November 10, from 5pm to 7pm at the Metropolitan Planning Council, 140 South Dearborn, Suite 1400.