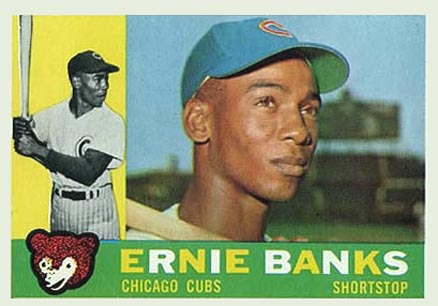 As I write this, the Cubs have gone down two games to nothing to the hated Mets.

I surprised a great many of my diehard Sox fan friends by wishing the Cubs well in the playoffs. “Traitor”! they squealed, “turncoat,” they inveighed, Blah Blah Blah.

I honestly couldn’t find it in my heart to hate on this team; they play the game the way the game ought to be played. And as much as I love my White Sox, it was a good deal more fun watching the Cubs this year because they honestly looked like they were at play, rather than grinding it out at work.

Still—the haters got to hate—I got email after email calling me out for not perpetuating the endless fan-boy bullshit of hating on the Cubs and in years past, sadly, I indulged this instinct. But not this year—this year I damn near died and I’m really happy there is baseball in Chicago in October, no matter who it is—Good on the Cubs! They made being a baseball fan in Chicago tolerable this summer.

One must credit Joe Maddon and Theo Epstein for building this team and turning one of the more moribund franchises in sports around. At the beginning of the season all anyone could talk about was how fucked up the construction at Wrigley Field was: standing in line for forty-five minutes to take a leak and, finally, failing that, taking a whiz in your Old Style plastic cup. You stay classy Cubs Fans. (Sorry, couldn’t resist one cheap little dig.)

But as the season unfolded, the Cubs began to win, and to have fun while they were winning, and as a city we began to remember just what it is about this game that we love. Baseball is like that. At its best, it is a small novel that reveals itself over nine chapters, and rewards the attention span. When you take into account things like the pitch count, the whims of the umpire and the count on the batter, the drama quietly builds. How many times this year did pitchers get way ahead of Kyle Schwarber only to have him park one in the outfield seats? He’s good at wearing out pitchers.

The revealing of Jake Arrieta as the ace of the pitching staff, and not Jon Lester, was also nothing anyone saw coming, as well as the murderer’s row tandem of Rizzo, Bryant and Schwarber. Face it—they’ve been great fun to watch.

If the Cubs win the World Series, I’ll be happy for them. To stand around and infuse negativity about sports seems like a huge waste of time anyway. Here’s an idea: let’s celebrate what is good. All you haters, let’s view the cup as half full rather than half empty.

Or at least admit it was fun watching them stomp the Cardinals. Watching the perennial doormats for the Cards strike back and pound the living shit out of their pitching—it was good to see the Redbirds go home early for once. It must really smart seeing as they had the best record in the National League. Buh-Bye!

Even if the Cubs don’t win it all this year, there is a damned good chance it could happen next year and for many years afterward. For once the “Wait until next year” mantra is not just horseshit—this is a great team.

Part of the reason I’m pulling for them is for the Cubs teams that never got here—the 1969 Cubs deserved to be an all-time history caliber team. They had the great Ernie Banks as well as Santo, Kessinger, Beckert, Jenkins, Holtzman as well as some fun characters like Dick Selma and Phil “The Vulture” Regan. They should have gone to the World Series and won it, but they didn’t. The hated Mets won ten games in a row while the Cubs lost ten in a row and the New York team went from the outhouse to the penthouse. They might have been the greatest team to never win the World Series, or at least appear in the fall classic. I can remember as a kid, at the ripe old age of ten, feeling bad for them.

I also have a genuine affection for Ernie Banks and his memory; and to hate on the Cubs is to hate on Ernie in some way and that is like hating the sun rising. I can’t think of a better ambassador for this game than Mr. Cub, who approached every day with a smile and as an opportunity to make more friends and fans of our greatest game. Whatever unpleasantness he may have faced in life, you’d have never known it as he kept his own counsel.

He was a regular at my health club and many mornings I’d run into him and we’d chat for a bit. He once gave my four-year old son a signed baseball and I’d remind him of the kindness from time to time. One day he asked me how old my son was now. I told him twenty-two and about to graduate college, to which Ernie said, “Call him up!” I dialed my son Max and Ernie grabbed the phone and said “Hey Max, this is Ernie Banks and I want my ball back!” I could hear my son laughing on the other end and they chatted for a while about what he wanted to do with his life and then Ernie gave me the phone back. “He won’t give up the ball! Smart kid.”

It was one of those wonderful exchanges that one has with someone of great renown who is every bit as great as you’ve been lead to believe. Ernie Banks was like the Grand Canyon, or the Sistine Chapel; meeting him was one of those rare experiences that never disappointed anyone.

A scant two weeks after that meeting, I had heart surgery and Ernie Banks passed away. In the bitter cold of winter our greatest sports hero and one of our finest citizens went to whatever is next and I vowed to go to games at Wrigley and at Sox Park if only to honor the game Mr. Banks loved. His passing was a reminder of how fleeting and precious every pleasant moment we get is in this life.

It was a realization that you’re not promised a tomorrow and that every spring things turn green, it is the beginning of spring and baseball and life and therein lies hope.

I was happy to see the number “14” patch on the Cubs uniforms and I honestly hope they keep it there forever. If ever a player was worthy of an eternal place in the heart of his team, it was Ernie Banks, and with all of the earnestness I can muster, I urge the Cubs to win this pennant for him. So we’re down two games. In my book, we’ve got them right where we want them. Because now they have to come play in our house and at home we are likely to beat them like a rented mule, clean their clock and knock their dick in the dirt.

Update on October 22
Well, the fat lady sang, the Cubs got swept and again the authors of this misery are the hated New York Mets. It is mostly a case of  the age-old adage that good pitching trumps good hitting, though some shitty fielding contributed mightily to changing the momentum of the game. As much as I like Schwarber and Bryant there were moments in the field during this series where they had hands like toilet seats—bumbling fielding errors were a lot of the difference. The reliever Cahill kept putting pitches in the dirt until one wild pitch allowed a run to score and break the tie and the Cubs back in game three.

This  is so much spilt milk at this point—the good news is this team will be back and probably without the jitters they had this week. These guys are all kids and they will only get better. They also have a manager who does not rattle and whose calm measure will benefit them for years to come. All in all, it was fun watching the Cubs this season—and this is not nothing. This is a grinding season and they were very good for most of it.

Despite all, well done.