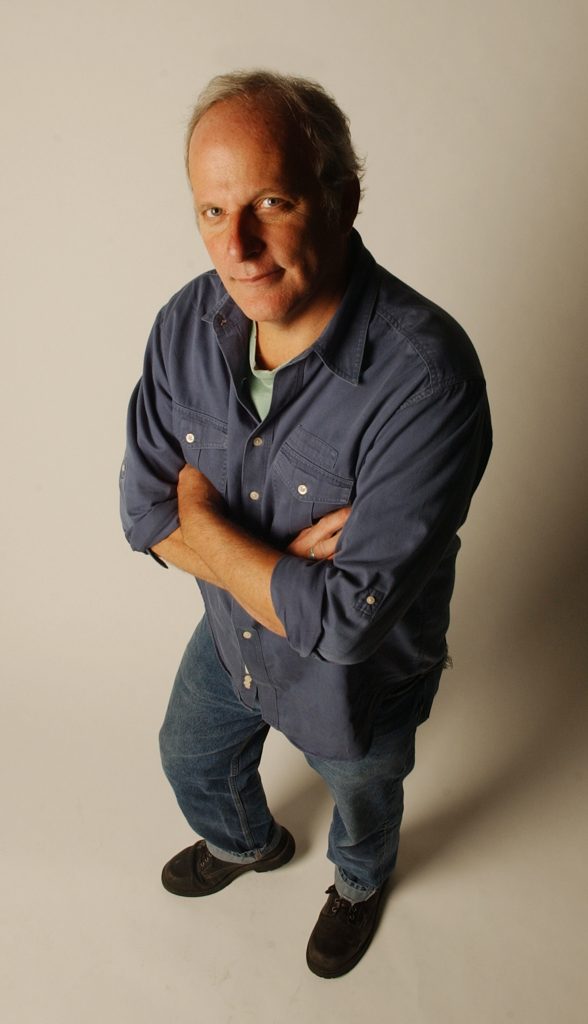 In his new book, “The People’s Place: Soul Food Restaurants and Reminiscences from the Civil Rights Era to Today,” former Sun-Times man Dave Hoekstra relates the histories of soul-food eateries in America and also winds up relaying a shadow history of the civil rights era. It is a fascinating read in that, from Ben’s Chili Bowl—the iconic Washington D.C. joint that boasts President Obama’s favorite chili dog to Dooky Chase’s in New Orleans, where Obama was scolded for adding hot sauce to his gumbo—all of the players of that tidal change in American History are present. From Martin Luther King to Malcolm X these restaurants served also as community centers in which the climate of change began to take shape.

If you were lucky enough to check out Hoekstra’s book on supper clubs, “The Supper Club Book, Cougars and Snappers and Loons (Oh My),” you have a little idea of what you are in for—Hoekstra chronicles the odd and almost always Midwestern histories of supper clubs, where you get a relish tray before your prime rib or pot-roast dinner. These places were all the rage in fifties and sixties small-town Midwestern America and hey! who doesn’t like a good relish tray or a deviled egg?

It is our good fortune that Hoekstra decided to take the forced buy-out from the Sun-Times.

“It wasn’t the same newspaper anymore, it was time,” he says. The deterioration of the paper is something that still stings and Hoekstra still feels emotional about. “It was a different place when I started there.” Hoekstra logged nearly thirty years at “The Bright One” seeing firsthand the immense change that spread over all print media—the rise of the internet as well as, fatally, the newspapers’ failure to realize the oncoming primacy of online news. So about two years ago Hoekstra took the buyout.

It happened to be an opportune time to embrace unemployment—he had book projects he wanted to complete as well as attend to his parents who were in their nineties and in failing health. In 2015, over a five-week period, Hoekstra lost both of his parents. He wrote beautiful eulogies for them on his blog, chronicling their courtship and testifying to the support they’d always had for he and his brother.

“The one good thing about the Sun-Times buyout was that it enabled me to spend time with and be there for my parents,” he says. Hoekstra spent the last couple years running out to Naperville to tend to his parents’ needs on weekends.”I feel like it prepared me for what was coming, but you know, you’re never really ready… .” He doesn’t have to say anymore; anyone who has lost a parent or both parents understands the wrenching untethering he’s speaking of.

After his parents passed Hoekstra threw himself into work on this book and another due out around opening day 2016 in collaboration with Steve Dahl about 1979’s Disco Demolition and what it all meant. It is also a great read boasting interviews with Mike Veeck, Joe Shanahan and Dahl’s former on-air partner Garry Meier.

Also a highlight of “The People’s Place,” it is beautifully photographed by legendary Chicago lensman Paul Natkin. While Hoekstra gives these subjects a voice, Natkin gives them a face, and the book feels more like a family for this.

Even before the Sun-Times bought Hoekstra out he was a destination read for me. While other features writers were chronicling the Kardashians or some other next big whisper, Hoekstra found his subjects in the American margins. He was more like Studs Terkel in his pursuit of the untold stories. He was among the first to write about Steve Earle, Jon Langford and the ongoing evolution of Merle Haggard as well as the far-flung back-stories of Route 66.

The most edifying thing about “The People’s Place” is how Hoekstra frames history and makes us aware that the civil rights era is an ongoing struggle. That the New Bethel Baptist Church Kitchen on the time-ravaged west side of Detroit still serves a community mired in inequality, as it did when the Rev. C.L. Franklin (father of Aretha) was the pastor and overseer of the Kitchen. This was where Martin Luther King came to raise money in the early days of the civil rights movement: he came here to raise the funds needed before the NAACP and other organizations would kick in. The Reverend Franklin would raise whatever was needed. The congregation between 1968 and 1972 was 10,000 strong—today it is 300 and the struggle continues.

This book is about a lot more than food.

Hoekstra’s narrative takes us from New Orleans to Detroit, Jackson, Mississippi to Richmond, Virginia and Chicago to Washington D.C.—each soul-food eatery includes a recipe of the house specialty and best tales; each story a gem—biographies of a place.

Dave Hoekstra’s generosity of spirit and restless journeys make kin of us all.