by Jan Hieggelke
November 5, 2015Filed under: 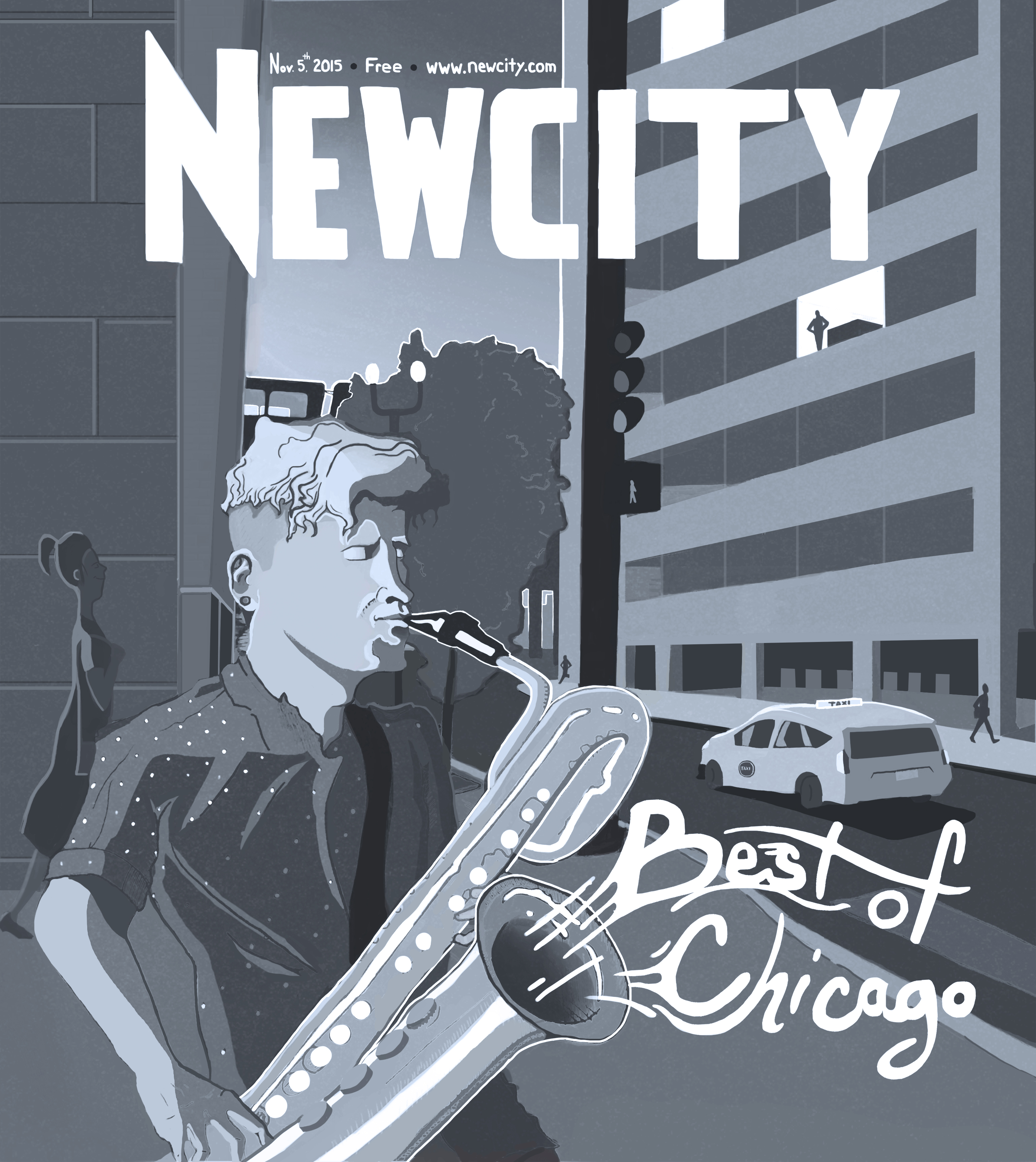 It’s just a coincidence that this is Best of Chicago number 23, a number beloved in Chicago for its presence on a certain legend’s basketball jersey back in the day. But we kind of think of this issue as the Michael Jordan of Chicago journalism, humble as we are. But like His Airness, we’re not content to coast on our past accomplishments; instead we’re always looking to change our game in the interest of keeping it fresh for ourselves and our fans alike.

So careful students of the Best of Chicago will notice some big changes this year. We’ll let you discover what’s been discontinued and let us know if you miss it, because we’re too excited to discuss what’s new.

Over the course of each year, we devote enormous amounts of time and resources to chronicling the cultural leadership of Chicago, publishing seven distinct “Leaders of Chicago Culture” editions—Lit 50, Music 45, Players 50, Art 50, Design 50, Film 50 and the Big Heat 50. Given that unique relationship, we thought that it’d be interesting to hear from them—several hundred folks each year who determine what we see, hear and experience in Chicago—about some of the things that they love about our city. And interesting it is: fifty-eight players in our cultural lives—some household names, some more behind the scenes—offered up a wide range of passions and curiosities for this issue. In those cases, we’ve attached their name to their entry, as opposed to the group byline throughout the edition otherwise.

Ivan Brunetti’s been featured in our Lit 50, but he did not write for this issue. Instead he marshaled his entire illustration class at Columbia College to devote themselves to creating the artwork. More than a dozen students poured their talents into making work each for us. I visited a class and critiqued their work in process, and the best of what ultimately resulted is featured on our cover and on each of the section’s splash pages.

We didn’t really plan it this way, but by matching up the current cultural leadership of Chicago with some of the city’s artistic future, we touched on the dynamic at the core of Newcity. Add in almost two hundred additional entries by some of the city’s finest journalists, and you’ve got something special. At least we think we did. Perhaps you’ll agree.