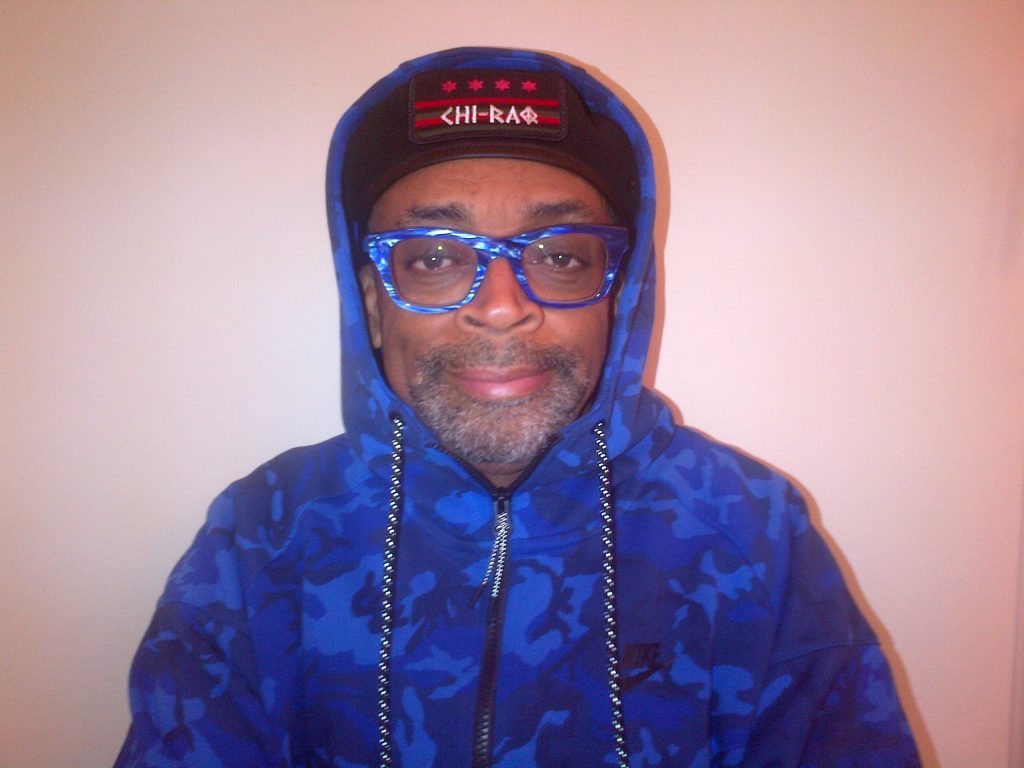 As of this writing, 2,631 people have been shot in the City of Chicago this year, 389 of them killed since January 1. Over this weekend, eight people were shot dead, and forty-five were wounded. According to Hey Jackass, someone is shot every two-hours-and-fifty-one minutes, and someone is murdered every seventeen hours since January 1.

These grim statistics make me wish that our political leaders were as upset about the unsparing mayhem as they are about the title of a movie.

In the interest of not pretending to be unbiased I should mention that I am in this film; and that when Spike Lee hired me he remarked that the best reason to make this film was to help save lives. I believed him then, and I believe him now—and mark my words, the proof will be the film itself.

As you know by now the trailer for “Chi-Raq” dropped recently and the usual suspects lost their shit and started condemning the film and accusing Lee of trafficking in human misery in exchange for cheap laughs. I can assure you this inference is untrue. I was on this set a lot and at all of the appropriate junctures Spike Lee gently reminded us why we were there—to honor those no longer with us and those who were left behind to navigate the furious loss. There was nothing jolly or in any way “light” about this set.

You probably know by now that “Chi-Raq” is loosely based on “Lysistrata,” the Aristophanes comedy set in 405 B.C.—and this is all I’ll tell you about the film because I want you to go watch it, and I’ve not seen it yet.

People were upset that the character played by Samuel L. Jackson seemed to be making light of the ongoing carnage. For those of you old enough to remember, Samuel L. Jackson also played Senor Love Daddy in Lee’s seminal “Do the Right Thing”—a witness, an observer and an optimist. His character in “Chi-Raq,” Dolmedes, functions much the same way.

Spike Lee and Fr. Michael Pfleger held a press conference a day or two before principal photography began on “Chi-Raq”and with them, nearly thirty mothers who lost children to gunfire. One young man told me without a hint of exaggeration that it could have just as easily been fifty mothers. They stood in the courtyard of St. Sabina Parish and very evenly explained the purpose and mission of this film. It was solemn and respectful and empty of any pre-shooting film-business hype. Watching each mother walk back into the church foyer I had to look away to keep from weeping.

The following Sunday the cast was invited to St. Sabina’s eleven o’clock mass and introduced to Father Pfleger’s parishioners. I grew up in the Catholic Church, and never have I seen it be so joyful, alive or relevant.

Pfleger’s congregation sings and dances and gives thanks with an exuberance and fervor I’ve never seen in a house of worship before. Not that I spend a lot of time there—still, it is something to experience. He is connected with his flock in a way I’ve never witnessed, and in a way I’ve never personally felt. For three-and-a-half hours, the community bears witness and pledges faith. For the first time I can remember, I feel good being in a church.

After “Chi-Raq” starts shooting, it is a grueling schedule. Spike Lee starts June 1 and he is done July 9; and they are long arduous days in the heat and the surprising cold of early July—one of the nights I work it is fifty degrees overnight and we shoot until three in the morning. There are some HUGE set pieces—sometimes hundreds of people—and Lee conducts and directs like a field general. On almost every film I’ve ever been on there are conspicuous signs of waste. Not on Spike Lee’s set—the action is economical yet poetic and visually arresting.

There are many funny moments in this film, but it in no way is a comedy—a biting satire, yes, a comedy no. Everyone on these sets knows that the stakes are way too high and there is a decorum observed and everyone abides.

What Lee is aiming for is for “Chi-Raq” to start a conversation about race, class and the very real economic and educational inequities that a great many Chicagoans are subjected to. To be poor and black in Chicago is to be in exile.

It is not a new story—systemic racism has been part of our city since it was a city. What is different now is that these injustices have been brought into high-relief with the election of Mayor Rahm Emanuel five years ago. There were, at one time, high hopes with the election of this mayor—he was, after all, chief of staff for our nation’s first African-American president.

It didn’t take long, however, for Emanuel to make his priorities known. One of the first things he did was try to break the teacher’s union. He lost and not long after fifty public schools were shuttered as well as 500 teachers let go, as well as an additional 600 educational administrators and workers. A more cynical guy might think the mayor was trying to thin the ranks of the teacher’s union for the next time he tries to break them.

The backdrop of this was the skyrocketing crime rate. Chicago became Murder City and even the hiring of Garry McCarthy as police commissioner did little to stop the bloodshed.

Of course Emanuel didn’t approve of the title of the movie, and in his meeting with Spike Lee he let him know he didn’t like it. Noises were made by some aldermen about withholding tax credits from the film, and another alderman attempted to stop a neighborhood block party for St. Sabina’s that Spike Lee underwrote. Naturally each of these bootlickers got their little popcorn-fart of a headline while Spike Lee hired several hundred people, in a neighborhood with nearly thirty-five-percent unemployment, as well as a big contingent of Chicagoans in the cast.

If it sounds like I’m laying the murder stats at Emanuel’s feet, I’m not—the genesis of this genocide has its roots in both Daley administrations. Like I said this is an old story and now, in large part because of Spike Lee and “Chi-Raq,” it is a story that now demands a reckoning, a searching and substantive conversation about what kind of city we want to be.

In the meantime it’s important to note that Spike Lee didn’t coin the term “Chi-Raq”—this term was coined by the kids who live and die in our city.

Whites no longer have the luxury of thinking that this is a black problem for the black community to solve—for this is a Chicago problem for Chicagoans to solve. If this city has any moral gravity at all we must embrace the idea that we are our brother’s keeper. It is the only idea that will save us from ourselves.

[…] “There are some HUGE set pieces—sometimes hundreds of people—and Spike Lee conducts and directs like a field general.” Tony Fitzpatrick On Acting In Chi-raq As The Chicago Police Chief […]