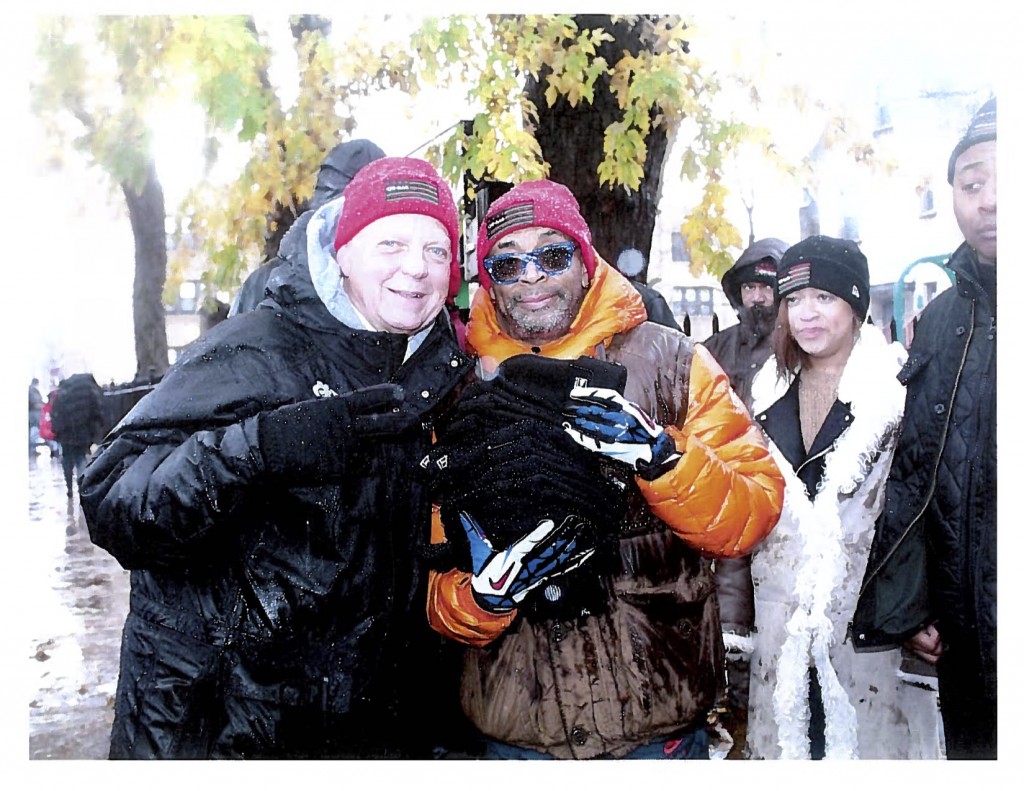 The Father and the filmmaker

For the past week I’ve watched footage from the Paris attacks on the various news outlets. Some are respectful and measured, some are tantamount to the pornography of grief. There seems to be an unquenchable appetite for war among some of the news agencies that are charged with covering these awful events. I cannot any longer watch Fox for even the most innocuous news; it seems no issue is too small to politicize. Okay, Fox is an obvious choice, but even CNN and the local news is not immune to this need to shade the events in a way that shapes opinion, breeds bigotry and seeks to entreat suspicion of anyone of the Islamic faith.

Paris is a pretty straightforward story. ISIS committed atrocities and slaughtered upwards of 130 people. It was predatory, bestial and almost impossible to fathom—if you’re sane. Almost immediately the pundits and “experts” claimed to not be surprised and that it was only a matter of “when” and not “if.” Bobbing heads blabbing the same vile rhetoric we heard when they were ginning up the appetite for warfare after the 9/11 tragedy, complete with the loop after loop of the bloody aftermath.

So what did Paris do? They maintained their humanity. They vowed to take more refugees in the face of their serious civic wounding. They affirmed the premium that they place on civility. We could learn much from Paris.

“Chi-raq” had its world premiere on a November Sunday night in Chicago at the Chicago Theatre. Some complained that the premiere should have been held on the South Side, even though none of those theaters have nearly the capacity, seating-wise, of the Chicago Theatre. It was a joyous and wonderful evening with everyone from Congressman Bobby Rush to Chaz Ebert in attendance, as well as the film’s stars—Jennifer Hudson, Teyonah Paris, Wesley Snipes, Steve Harris, John Cusack, D.B.Sweeney, Nick Cannon and Harry Lennix, as well as director Spike Lee and spiritual advisor Father Michael Pfleger.

It was a film premiere loaded with critics—not only film critics, the Tribune sent not only their primary film critic, but their theater critic as well. There was also a huge component of the community from Auburn/Gresham and Englewood. A great many of these folks worked on “Chi-Raq,” and hosting a premiere for them downtown in the beating heart of the city is a triumph in and of itself.

It was nice reuniting with my “Chi-Raq” family—in the short forty or so days that this film shot, we were much like a family and I learned a lot about this city during this time—particularly about how the political goodies are handed out. Guys like Pfleger who raise hell with the status quo and have the ear of the media are largely shunned—only in Father Pfleger’s case he is damn near impossible to shun because he has a powerful platform in his community that was hard-earned over three decades.

The other groups, politely described as “The Ministers,” go along and get along and don’t call out the mayor or the governor, and are rewarded for doing so, no matter how many bodies drop on their streets.

I’ve watched Father Pfleger for a while now and I’m convinced the guy is a living saint. Every Friday night he is out there on the streets talking, doing his level best to make peace and to make sense of the city’s most underserved and ignored community. He has buried more children than any pastor should ever have to and still he keeps his faith and commitment.

The day of the premiere, Father Pfleger said mass at St. Sabina and referenced a speech the Rev. Martin Luther King never got to make as he was assassinated two days before he was to give this sermon.

This sermon asserts that America too, will go to hell. It wisely and prophetically names the real villainy of racism—the always-in-the-shadows issue of class—and when you start poking at that basket of snakes, eventually somebody kills you.

One of the primary narratives of “Chi-Raq” is the mind-numbing percentage of unemployment in neighborhoods like Auburn/Gresham and Englewood. Pfleger says thirty percent; other sources say as much as thirty-five percent. The absence of any manufacturing jobs or investment or new businesses creating jobs has been a recipe for the crime rate for the past four decades. Couple this with the dire state of public education and you have the components for desperation and crime and murder. Pfleger called out our governor and our mayor and implored them to do better; that in this tale of two cities, this city needs more attention and development.

That Father Pfleger and Spike Lee are friends, allies and, in a very real way, collaborators should surprise nobody. In a way they are the same person; two who believe that no matter how awful the truth is, eventually it sets us free, and that for a people to solve a problem, it must first be agreed that there is one. These sound like easy-to-digest platitudes and they are—until you apply them to the twin conundrums of race and class. A lot of blood has to be spilled before anyone gets off of their ass and does anything. Pfleger knows this firsthand. In 1998, he too, lost one of his adopted sons to gunfire.

There will be many who will not like “Chi-Raq”—they will try to demonize the blending of sexuality and violence—but one would be a fool not to identify the sexualizing of firearms in our culture, that guns double as fetish objects in movies and media, that a “nine” is the ultimate power object to a great many kids. Our murder stats alone confirm this. Watch any kid play Grand Theft Auto and you’ll be convinced of the sexual charge of firearms.

What “Chi-Raq” has done and will continue to do is to make the conversation about race and class more nuanced. The aims of the Chicago Teachers Union will be less murky. Teachers are on the frontlines and our best witnesses to this other city. Law enforcement will have to be more accountable and more representative of the community itself. The squad cars cannot merely roll on by eyeballing people. The cops have to walk beats and engage the citizens they are charged with protecting; they have to know people by name and have a genuine rapport with the community. That these issues as well as the ridiculous availability of handguns in a city with the toughest gun laws on the books, are being reexamined makes “Chi-Raq” a worthy enterprise. There will be a wild divergence of opinions—people who like it will love it—people who don’t like it, will hate it. It will also be a telling litmus test of we, the people.

I, for one, think that we should send both Spike Lee and Father Pfleger a thank-you note.

As expected, the video tape of Laquan McDonald’s execution was released on Tuesday night. State’s Attorney Anita Alvarez sat on this evidence for more than 400 days and one doesn’t wonder why they tried so desperately to keep this from becoming public. It is every bit as sickening, awful and grisly as the city’s higher-ups had feared. It is stone murder.

That the city quickly and quietly paid out a settlement of five-million dollars begs some other questions. Was this done to protect Rahm Emanuel’s re-election bid? Did Alvarez quash this in the hopes of being re-elected before this was made public?

After this I cannot imagine ever trusting Rahm Emanuel, police commissioner Garry McCarthy, or Alvarez ever again. They have to go.

Rahm cannot spin this. McCarthy cannot justify the actions of his officers—and I also mean the half dozen cops who made no effort to stop or halt Jason Van Dyke; or those who kept him on a payroll for a year AFTER this. Alvarez , in quashing this tape, betrayed her office and those she is charged with protecting.

These are public servants no longer worthy of our trust—ever.