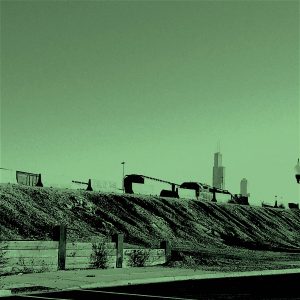 A Lot You Got to Holler is a new Newcity Design podcast. Hosted by Newcity design editor Ben Schulman and Chicago architectural journalist Zach Mortice, the podcast will explore Chicago’s singular history of architecture, design and urbanism, with an emphasis on pop culture. Schulman and Mortice will invite artists, designers, and architects into the studio for conversations about Chicago’s past and ongoing role as a proving ground for American culture.

From the eighties to the nineties, movies set and filmed in Chicago showed a city cleaving itself in half. From John Hughes suburban-kid-in-the-city hijinks to the near apocalyptic urban horror of Candyman and Child’s Play, these twenty years of film reflected the straining inequalities of the city that produced them. Our hosts will recount Billy Crystal and Gregory Hines as sociopath cops and that time Kentucky hillbillies took on the Chicago Outfit. With special guest Bill Hogan (dude was in Home Alone).

1 Comment
Inline Feedbacks
View all comments
Zach Mortice A Lot You Got to Holler EP 1: Chicago Plays Itself - Zach Mortice