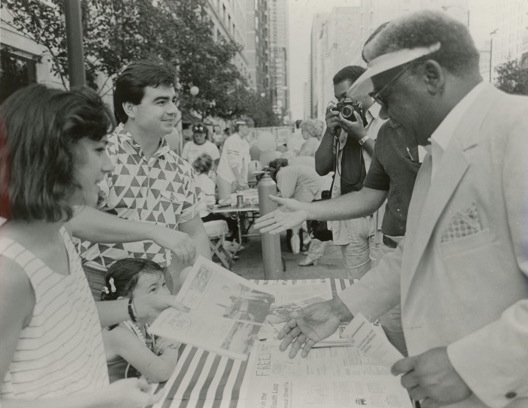 Chicago is never more beautiful or dangerous than it is at night.

The workman-like, bustling, endless hustle of daylight becomes a fleet and sleek animal at night. Dressed in lights and stars, come-hither reds, yellows and greens—the dirty carpet sky leans back and reveals a skyline of glittering skyscrapers like gangsters dressed in diamonds. It whispers,”We’re bigger than you” and, “There are more of us than there are of you” and still, “We’ve already won.”

On occasion, I ride the Chicago Avenue bus from downtown to Damen and this ride is always a miracle of languages and sights if not smells. The CTA buses lurch along like tired old mutts ambling from one skinny tree to the next. At night you can see the five stars lit up in neon from the new bar with the old-style signage as well as the endless taco joints and pink horse of Alcala’s Western Wear. This is my favorite street in Chicago, one where you are as likely to hear Polish and Ukrainian as you do English. It is a street about business—small business—nail joints, drugstores, tattoo parlors and cut-rate furniture.

It is an avenue of tribes—the Mexican joints are supported by Mexicans; the Polish and Ukrainian, the same. The influx of hipsters and artist types go to hipster and artist coffee shops and the newer eateries. Eckhart Park is there—once a renowned boxing gym, now mostly a community center with a beautiful pool and Park District programming. The old Goldblatt’s building, long dormant, is now one of the city’s hidden jewels awaiting a new definition. The Edmar grocery store was knocked down in favor of what is now a Mariano’s—complete with an on-site coffee shop that, despite the scorn of the local nose-rings, does a brisk business.

Chicago Avenue is the new and the old city right on top of each other, yet not as mismatched as you would think—the colors and signage from half a block away dissolve into a babel of urban language—urgent, seductive and unstoppable yet visually comforting if you think of this city as your home. One of my favorite things to do is to walk my dog down this street late at night when I can’t sleep, when it is peopled by kids staggering home from the bars and old guys leaving for work or coming home from third-shift jobs. It is an avenue of American stories intersecting at a swift pace and all happening at once. It seems to be an avenue in a big hurry to get wherever the story takes it next. My dog, Chooch, goes crazy for the food smells carried up and down Chicago Avenue. Once in a while one of the guys from El Taco Veloz comes out and throws him a choice morsel of skirt steak. This guy loves my dog because when you give him a treat he doesn’t just wag his tail, he wags his whole ass. These guys laugh like hell and toss him another piece of the juicy meat.

I sometimes get the idea walking this avenue that all of the platitudes about the melting pot and the American dream are all true—it all kind of works here. There is no ruling population; it is a community and everyone has a little piece of the great pursuit of happiness here—everyone has his or her task. This is a working city—we’re happiest when we’re working like sled-dogs so we can talk about how hard we work and what it means. In Chicago, work is identity. We are what we do: it is how we hold on to our place in this city, it is our very gravity.

I often hear criticism that I try to be all things Chicago—which is actually not really true—but so be it. I am continually fascinated by the history that unfurls itself on a daily basis here; it’s hard not to be as this city is one of the greatest ongoing stories that I know of. It is also the place that has kept me guessing the most. There are mornings I wake up and I hate this city for its petty vindictiveness, its thoughtless cruelty and its empty boosterism. It’s run by clowns, pygmies, midgets and chihuahuas and suffers from a lack of self-esteem so pernicious, it is sad.

Then there are the mornings I look out the window and one neighbor is helping shovel another’s car out of the snow. Another is helping an elderly woman navigate the slippery sidewalk to the bus stop. Still another is helping repatriate someone’s idiot dog who escaped the yard. It is mornings like this when I feel like we are winning. The big narratives define a city and the small kindnesses hold it together.

Newcity has been part of this city for thirty years now. What is remarkable is all that has come and gone during that time. When we started publishing, there really was no internet yet. There was the coming “Information Super Highway” that politicians were running their mouths about, but nobody could then realize how powerful a tool it was and would become. Back then I thought of this paper as the alternative press. We were smaller and way more reigned in to arts coverage than everyone else—and we still are. Thirty years later and we are the only arts-centric paper still standing. The Reader has become part of the Sun-Times, Time Out Chicago has moved to an online presence only and a bunch of others ceased to exist at all. Both dailies have drastically reduced their coverage of the arts. I say this with sadness, and not to gloat. A healthy press covering the arts vigorously is a good thing and the life’s blood of a healthy discourse. We need more of it and not less.

At Newcity we’ve held up our end. Our film critic Ray Pride has written thought-provoking, fascinating essays about films from the beginning; we are lucky to have him. The late Michael Weinstein went to all corners of the city to make sure exhibitions of photography got their due. Jason Foumberg and scores of other young art scholars and critics found their voices here. Marc Spiegler, who is now the Global Director of Art Basel, cut his teeth here. I could go on and on.

Our publishers and editors are the same people they were thirty years ago. Brian and Jan Hieggelke have nursed this publication along through economic storms, cultural upheaval and the internet devouring most new outlets. They were among the first to see the possibility of an online presence and now very comfortably our online and hard copies go hand in hand. I still get excited when the actual paper is out in stacks at the coffee shops; for me it is still about holding it in my hands and engaging with stories. Others prefer it online: I guess this is yet another way you can tell the old from the young.

The greatest measure of our success is that we are still here. We still cover the arts in a way that lets you know we have a stake in it. In a hundred years, old newspaper clippings will tell the future what happened—the art will inform them as to who we were, what mattered and what made our hearts beat faster.

Brian and Jan Hieggelke made this possible for three decades. I would tell them to take a victory lap or a bow—if they were the type. But them being the humble kind I will just tell them, well done.

Newcity celebrates the arts because the arts celebrate life. Thank you for thirty years.