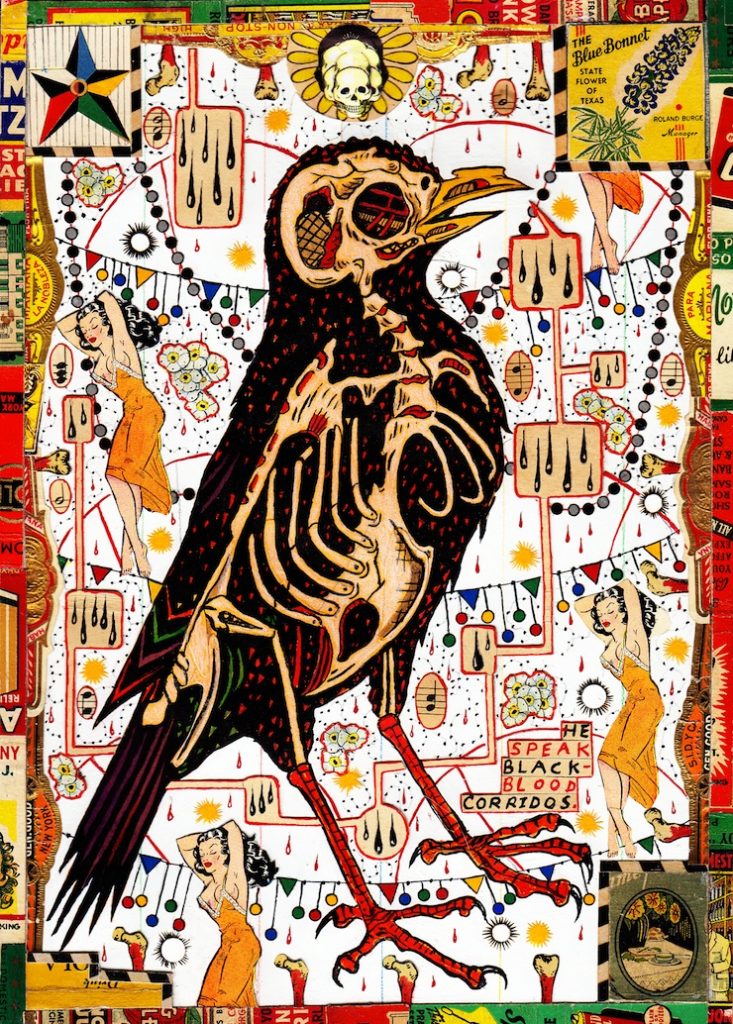 Shortly before his death in 2003, Roberto Bolaño, the great Chilean novelist, mailed off the manuscript for “2666,” his sprawling, frustrating, multi-layered masterpiece about a world coming apart in many locations and time periods—all at the same time.

Central to this story–stories, actually–are the murders of women in the fictional Santa Teresa, which is actually Ciudad Juarez, across the Rio Grande from El Paso, Texas. Authorities fear there may be as many as 5,000 unsolved murders of young women and admit that there are at least 1,200. The Mexican government blames the outlaw Narco-Mafia, as well as members of Los Rebeldes, a notorious Juarez street gang involved in drug and human trafficking. Police have also arrested itinerant workers and bus drivers known to drive the routes where some of the women’s bodies have been found, all to no avail. The murders continue as well as an eerie proliferation of corridos, or “murder ballads;” songs circulated about killings of unfaithful lovers, hookers and “bitches.” It is a horrifying phenomenon that has been going on since around 1993, with the indifference or incompetence of police forces too afraid of the gangs to adequately protect the young women, mostly from other parts of Mexico and Central America.

What resonates from all of the conflicting stories are ugly tales of sexual mutilation and violence accompanying each murder. Rape is almost always a component of these crimes. Bodies are found in vacant lots and trash dumps as well as by the sides of the roads. What is shocking is the cavalier nature of this brutality. Women are murdered routinely and with impunity, with no fear of consequences. At the center of Bolaño’s messy novel is the idea that someone or something in the air suggests these are “sacrifices” for a world devolved into a degenerate state. There are lots of other ideas ventured as well, but the sickness at the center of the world’s heart is never more acutely rendered in this novel than the murders of these women. That it is based in concrete fact gives the novel a chilling moral authority .

Before Bolaño died and his novels were published, he traveled widely throughout Mexico and South America and Spain for a time, embracing Marxism and then abandoning it, all the while bearing witness to down-at-the-heels governments unable (and in many cases unwilling) to help those they govern. He seems to have adopted a mordant gallows humor about the condition of mankind.

I’ve read “2666” once and am trying to reread it now. It is a long-haul work of literature. I’m not now convinced this was ever supposed to be ONE book. It’s always felt to me like a combination of books. That Bolaño died before this book was ever in galleys tells us that he was not the final voice in deciding what exactly went into this book. Of course, once “2666” was published, the posthumous Bolaño became a critical fetish-object; the praise being hurled from every quarter for this doorstop tome full of digressions, contradictions and multiple stories, some having very little or even nothing to do with the others.

The underlying thematic device, for me, seems to be the world’s rapid untethering from any idea of sanity. The murdered women part of “2666” is where we hear Bolaño at his most ferocious. The murder of innocents is still a thing of incomprehensible sadness; well-worthy of moral outrage even in an insane world.

I’ve heard people describe this book as “apocalyptic” or “millennial,” whatever the fuck that means. I’m not so sure. I’m not so sure about anything with “2666”–even as to whether it was completed or not. Oddly enough though, I was convinced I’d read a great book–in fact, a great few books.

It is with some trepidation I’ll go see the Goodman Theatre’s production of  “2666” which has been brought to the stage by Robert Falls and Seth Bockley, both great artists. My fear is that some literature is meant to be just that—literature. There are books that are only meant to be experienced as books, which I don’t think is a bad thing. I also admire greatly the herculean effort it must have taken to adapt and stage this behemoth—I’ve read it once and it took me months. I’m still trying to parse all of it with a second reading, and I’m still convinced I’m missing things.

I love the literature of Mexico and South and Central America. As a young man, I felt as though books like Eduardo Galeano’s “Genesis: Memory of Fire” and Gabriel Garcia Marquez’s “Chronicle of a Death Foretold” and “One Hundred Years of Solitude” kind of set me free with their magic and their shape-shifting. In a lot of Mexican-Indian cultures, birds like sparrows, starlings and blackbirds are interlopers between worlds, often carrying the spirits of the dead from this world to the next, or in Haitian literature, to the “gray world”–a kind of way station between the living and the dead. These authors and those stories warned us that the natural world stood witness to our evil and our folly; that in daylight or in darkness, to some living entity, we are always visible. This thought used to give me comfort. And now, I am not so sure.

The ongoing murders of women in Juarez are still largely unsolved. There have been many arrests for individual murders but better than ninety-nine percent of them are still without resolution. Ciudad Juarez, in fact the whole state of Chihuahua and its governing body, stand as a black mark on the earth, unholy ground marked evil by its own inaction.