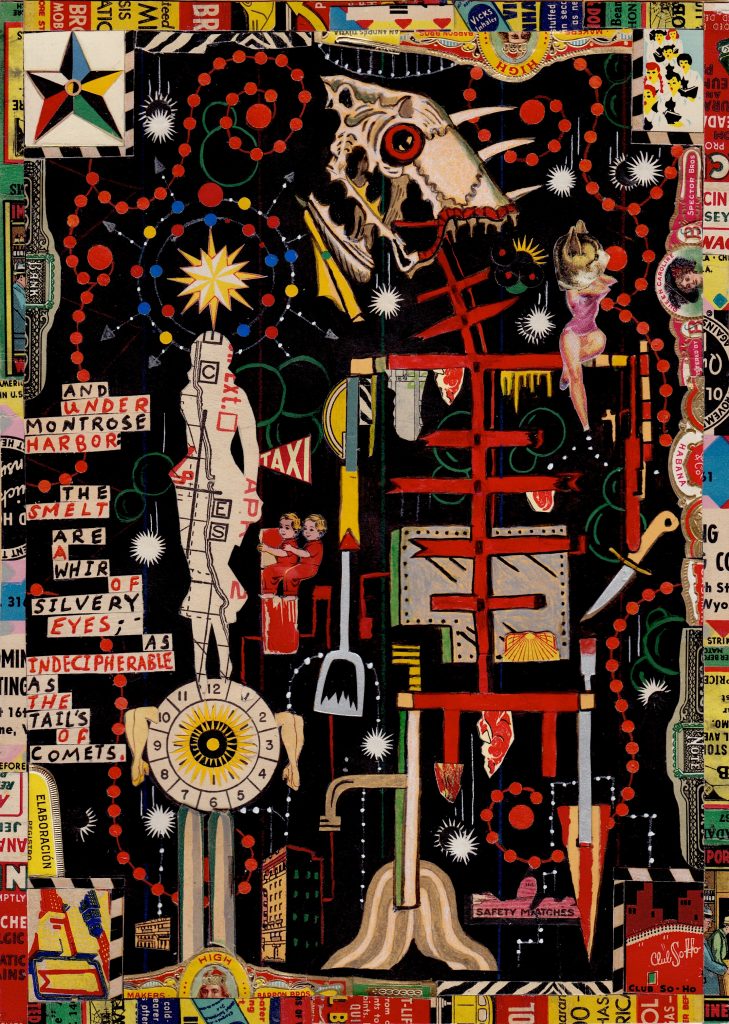 At the end of March and in early April of every year the smelts of Lake Michigan decide to kill themselves. The little fish haul ass from the deeper parts of this treacherous lake, and head for the shore. On the way they spawn, which means they bust one more nut on their way off this mortal coil.

For a great many generations, working-class-immigrant Chicagoans were ready for them. Polish, Greek, Irish, Mexican, Ukrainian and Italians waited on Montrose Harbor and other docks lining the lake with fine-mesh smelt nets full of nylon loops in which the smelt would oblige the hungry immigrant by voluntarily hanging themselves.

Every April in Greektown there was a special “Smelt Plate” featuring a dozen or so of the slimy fuckers deep-fried and infused with garlic. There are people who swear by these; I watched Steve Earle gobble down a plate of these a decade ago and he was truly grateful.

“I love smelts man. Greeks make the best ones.”

I reminded him that they caught these in Lake Michigan, the beaches of which were once in a while closed because of “fecal greaseballs.” He just shook his head and said, “Oh man, quit being a girl. All of the hoo-ha cooks out. Are you that big of a pussy that you won’t eat a fish out of Lake Michigan?”

I thought of a friend of mine who used to say he wouldn’t eat Uma Thurman if she came out of Lake Michigan.

Smelts used to be a big deal in restaurants around the end of April and early May. They were cheap, plentiful and easy to prepare. Smelt frys used to be a seasonal treat that were hugely popular.

My friends Donnie Madia, Terry Alexander and Paul Kahan  are a few of the owners of One Off, which operates some of the most wonderful restaurants in Chicago. Madia is the restaurateur and works the front of the house at Chicago’s Blackbird and Publican; Kahan is the James Beard Award-winning chef whose food is as much a meditation on American working-people’s culinary history as it is a reinvention of dishes we thought we knew, such as bacon, oysters and pork. He is as much anthropologist and historian as he is chef.

One night at their fine pork-and-oyster-house-cum-Belgian beer hall, Publican, the always dapper Madia brought me and my daughter an elegant plate with two very hearty smelt on it. I was amazed. I’d never seen such robust examples of the Lake Michigan garbage fish; they were plump, shiny and meaty as hell. Madia assured me they were from Lake Michigan and Kahan backed him up.

“The Lake has really come back,” Madia assured me. “Not every part of Lake Michigan is like, y’know, Indiana,” he said with a furtive glance over his shoulder.

These were the best smelt I’d ever eaten, and of course they were—Paul Kahan had made them. You could toss him a road-killed dachshund wrapped in a  jockstrap and he’d find a way to turn it into  cuisine. Hell, one night he fed me duck hearts and I’d have crawled through broken glass for more of them.

For years, smelting was one of those Chicago phenomenons that transcended tribal boundaries. The Mexicans fished right next to the Ukrainians and Greeks and black folks—everyone was thrilled at each other’s haul. Cans of Old Style and Schlitz got passed around and inevitably someone would cook up a bunch of smelt in buckets with coals and smear them on Italian bread, or on tortillas with chopped onions and tomatoes. And you just ate the little bastards, bones and all. It was a people’s celebration of the coming spring and the new warmth in the air—one of those ephemeral and regional joys that happened every year without any great expectation or complicated definition.

When I was about six, my father would hold my hand and walk me from one end of a dock to the other and tell me to close my eyes and see how many different languages I could hear. At the end of the dock he’d point out the North Star and explain to me how the captains of sea vessels would “box the compass” around it. And under the dock, the smelt were a whir of silvery light, indecipherable as the tails of comets.

It is remembering things like this that allow me to hold out hope for this city. Those moments when we are not at perpetual odds with each other, those instances of community that bind us as Chicagoans instead of a mere collection of ethnic collectives. Those moments when we look out over that magnificent shimmering lake, and we all see the same linen-like waves, bathed in the light of our city.

Great story, Tony! My family is of German descent and we were down there too, in the early seventies. Wonderful memories!