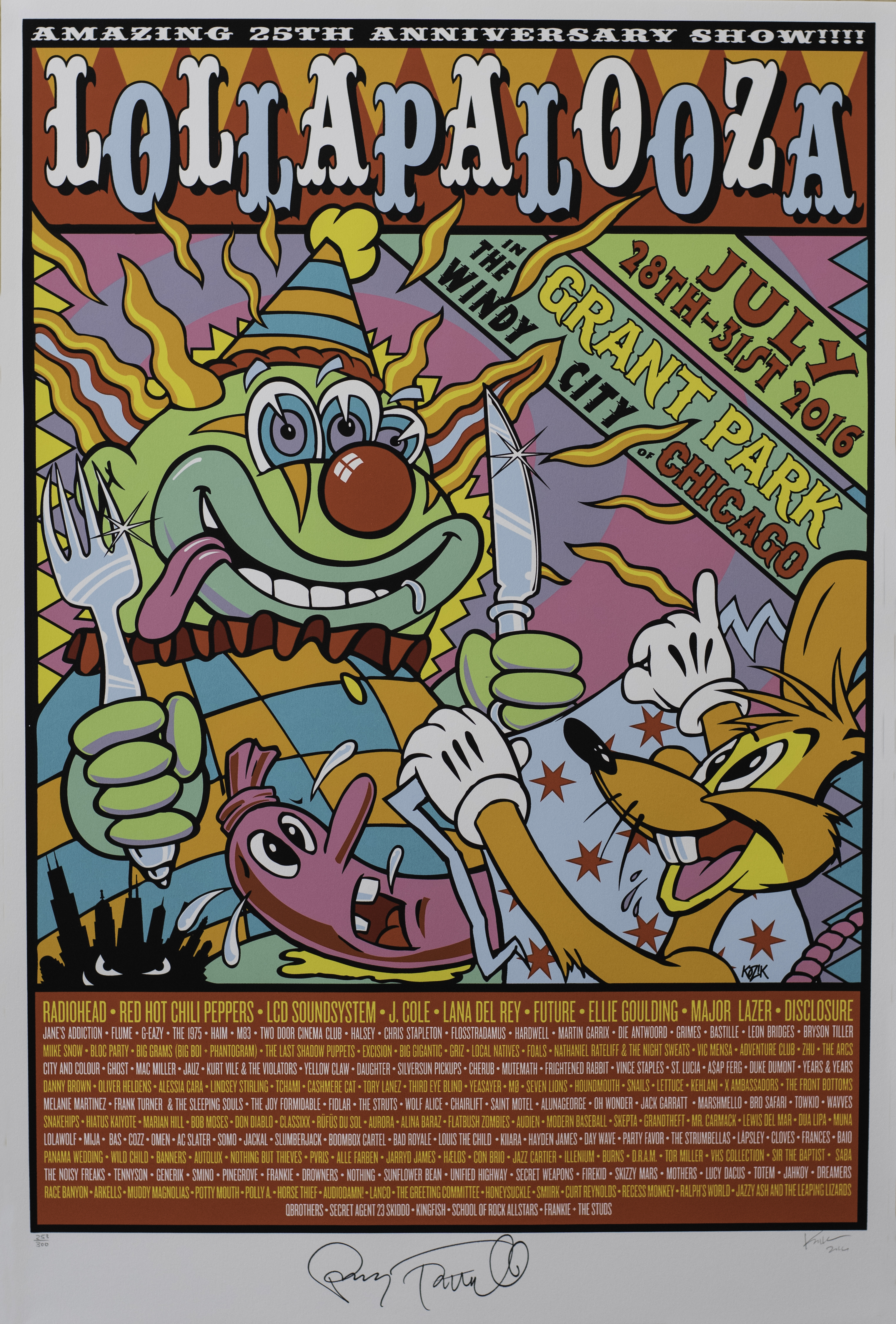 When we sat down to discuss doing something special with our Lollapalooza Issue, we quickly settled on something that would feature the artistic legacy of this now iconic event. For though the focus has been rightly on the music all these years, art was and remains an essential part of the Lolla mission, from its Art Market in Green Street to, of course, the posters and merchandise we see everywhere. Now that the festival has made its permanent home in Chicago, a special treat has been seeing the work of so many great local artists, ranging from our own Tony Fitzpatrick last year, to Hebru Brantley in the festival’s twentieth year. In chronological order, here are posters that tell the story of  a quarter century of a traveling festival that eventually decided to settle down. (Note: This section is created as part of a marketing partnership between Newcity and Lollapalooza.) 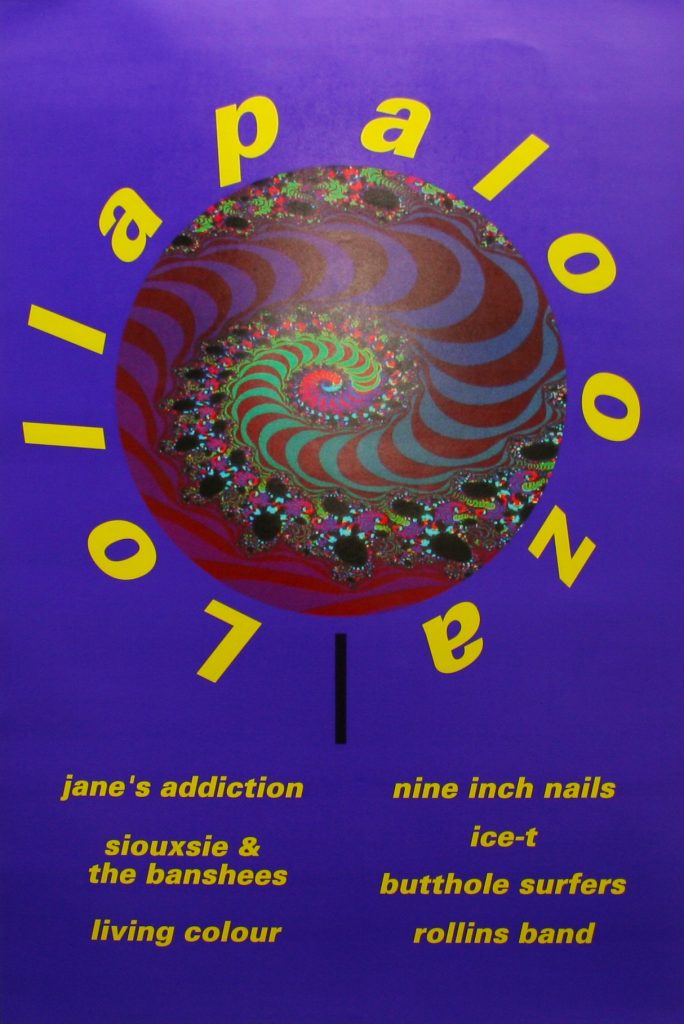 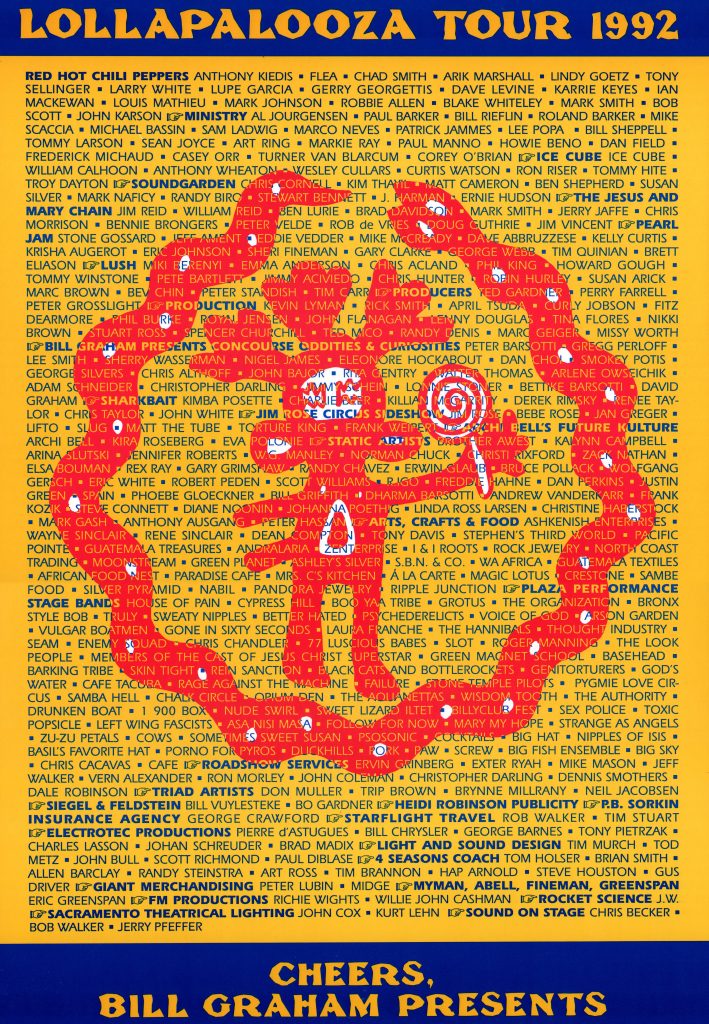 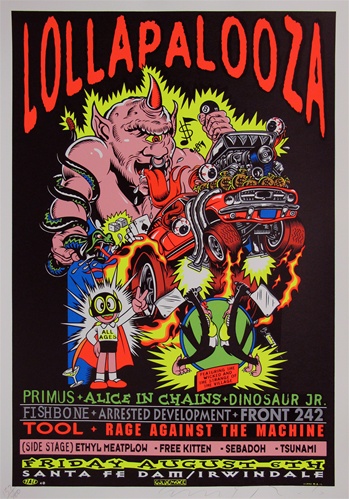 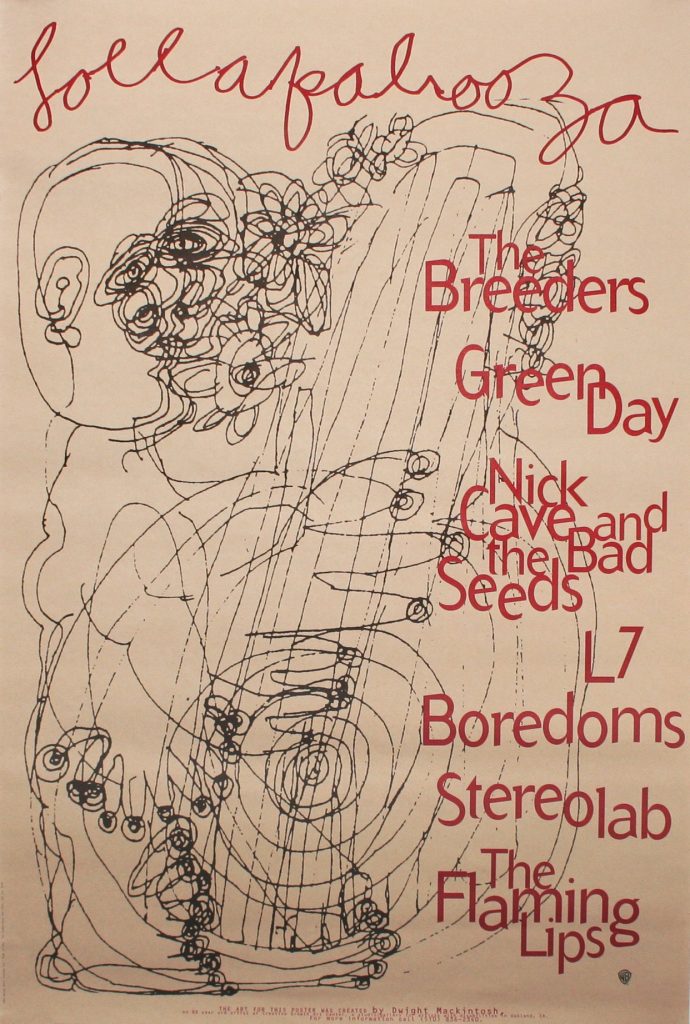 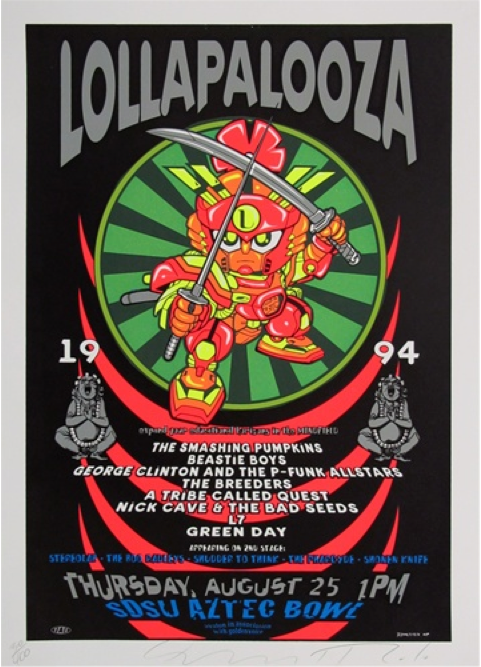 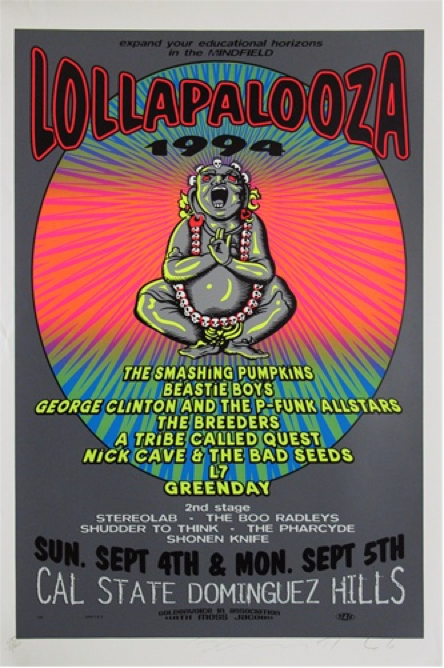 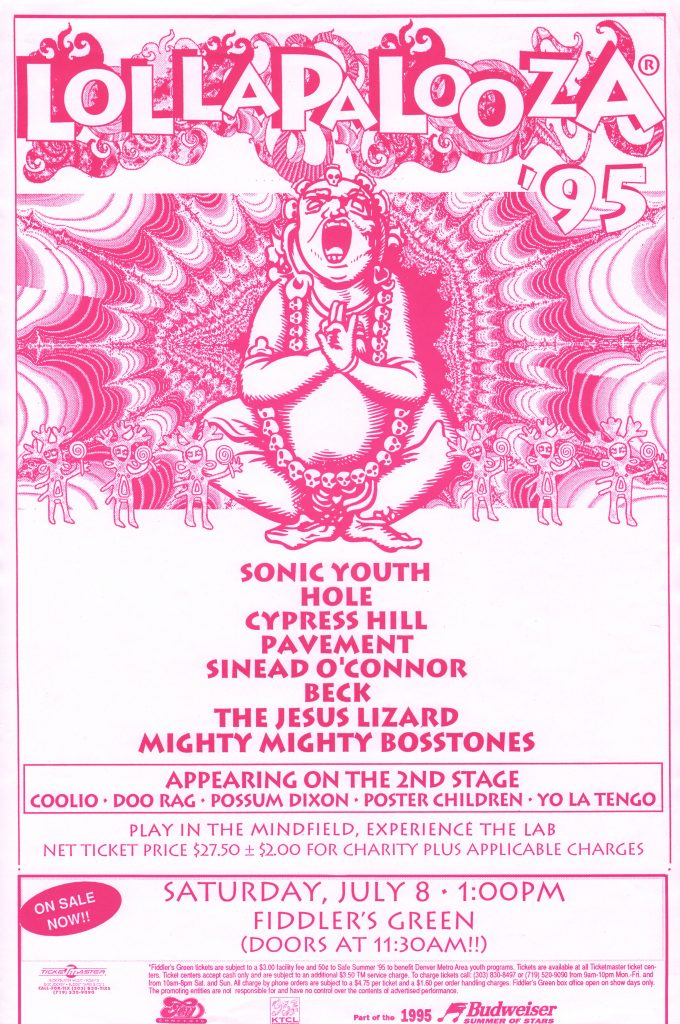 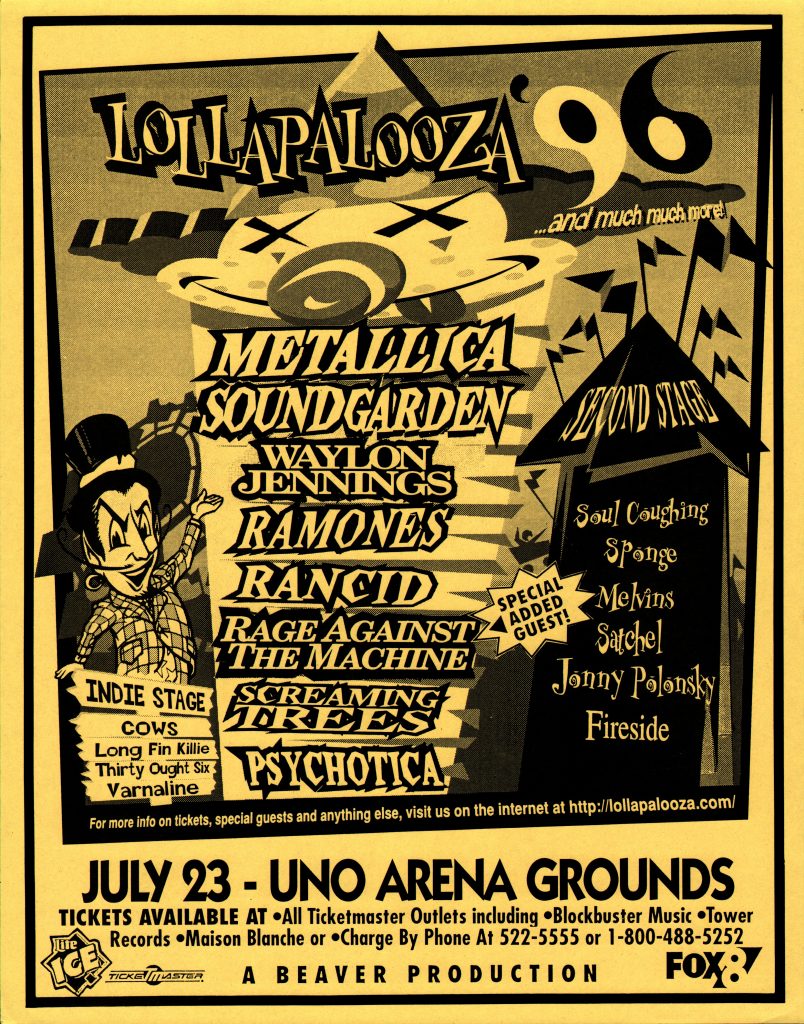 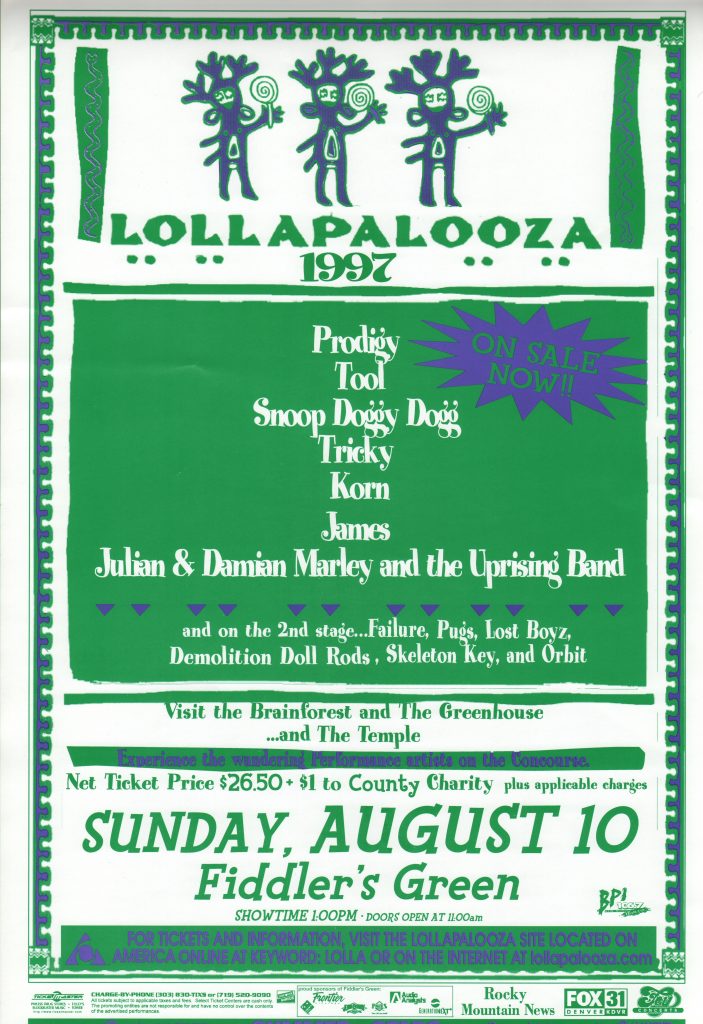 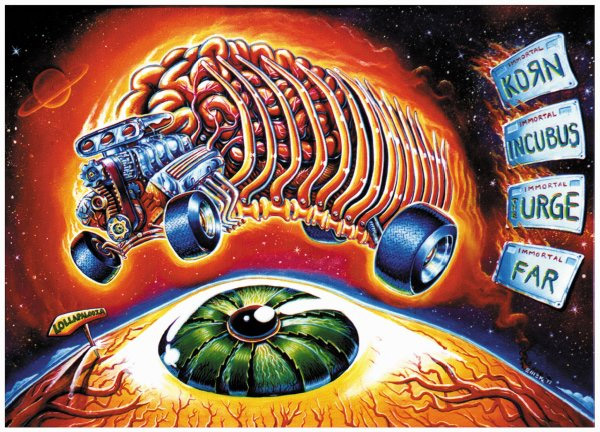 2004: The Tour is cancelled but the poster is not 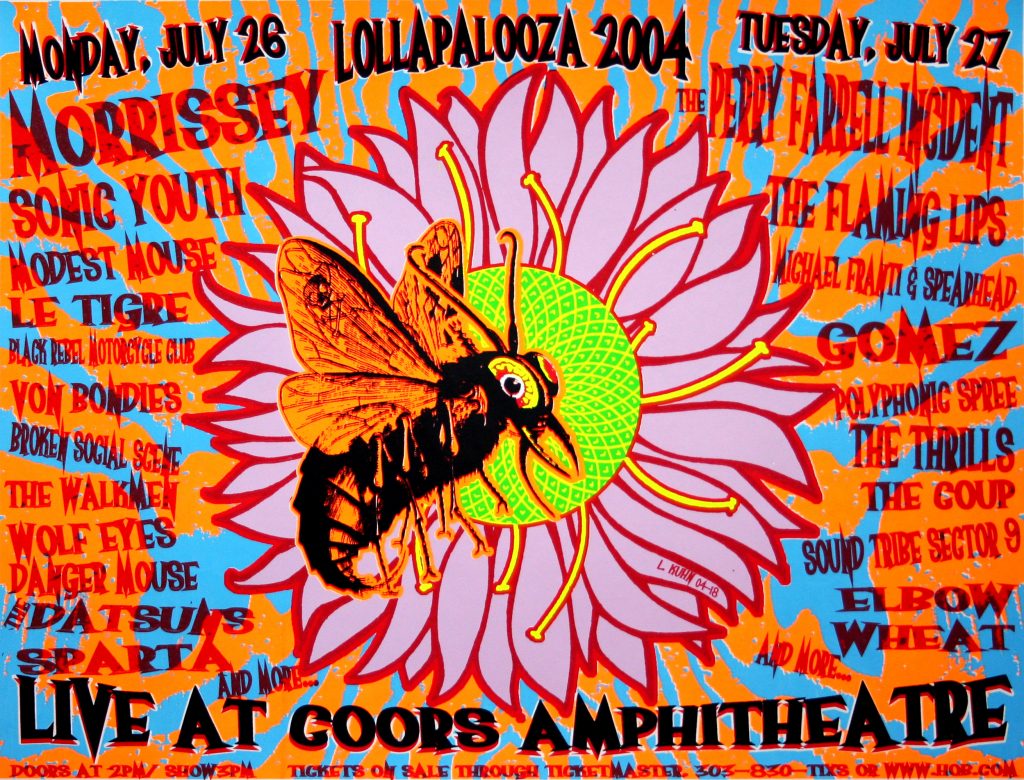 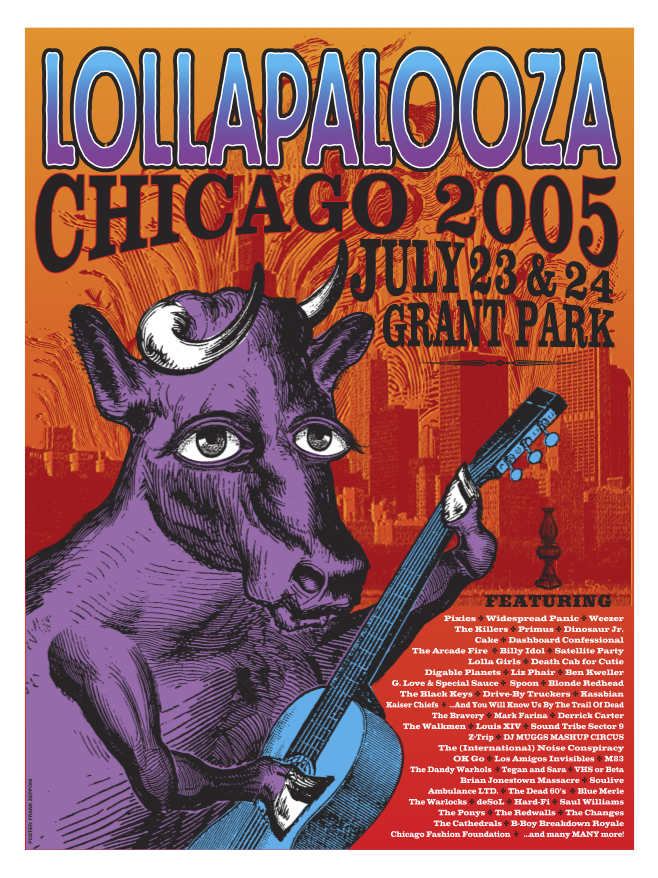 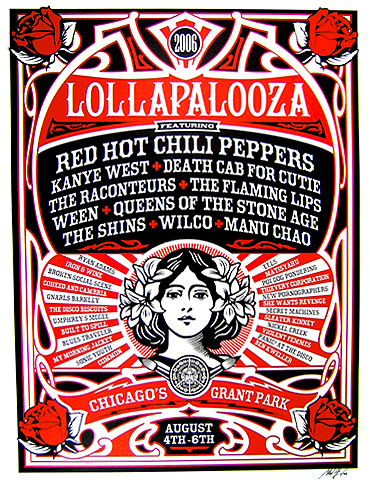 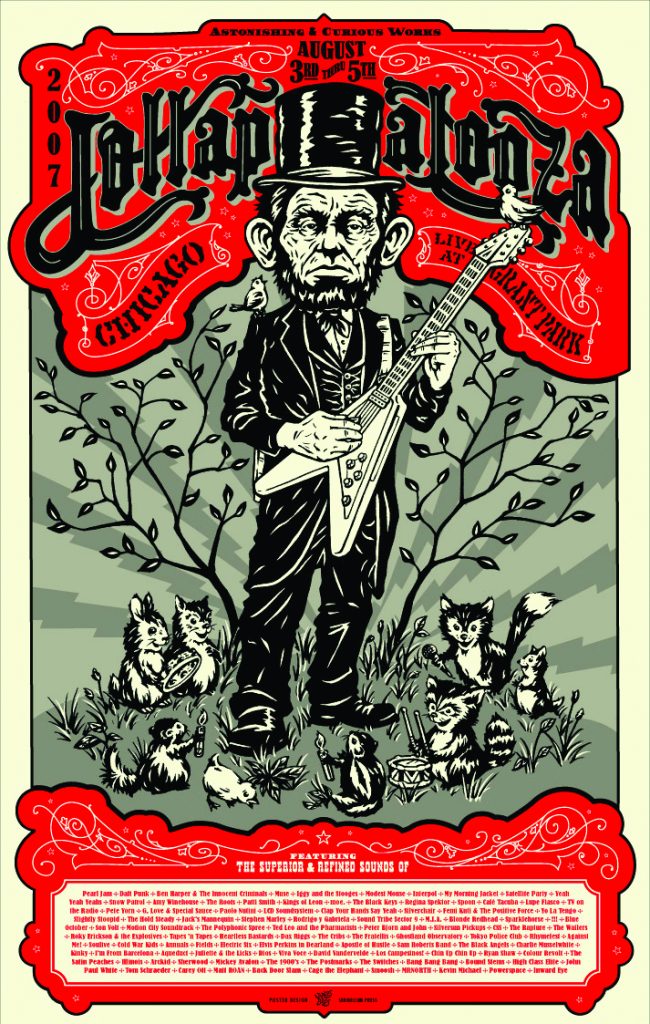 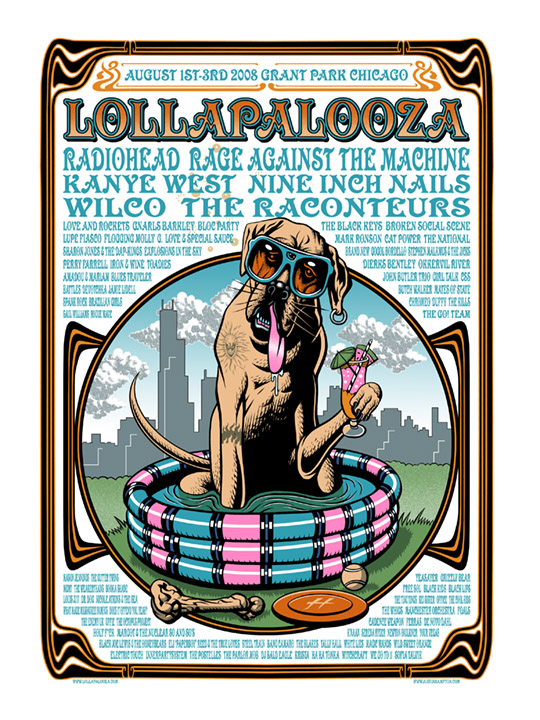 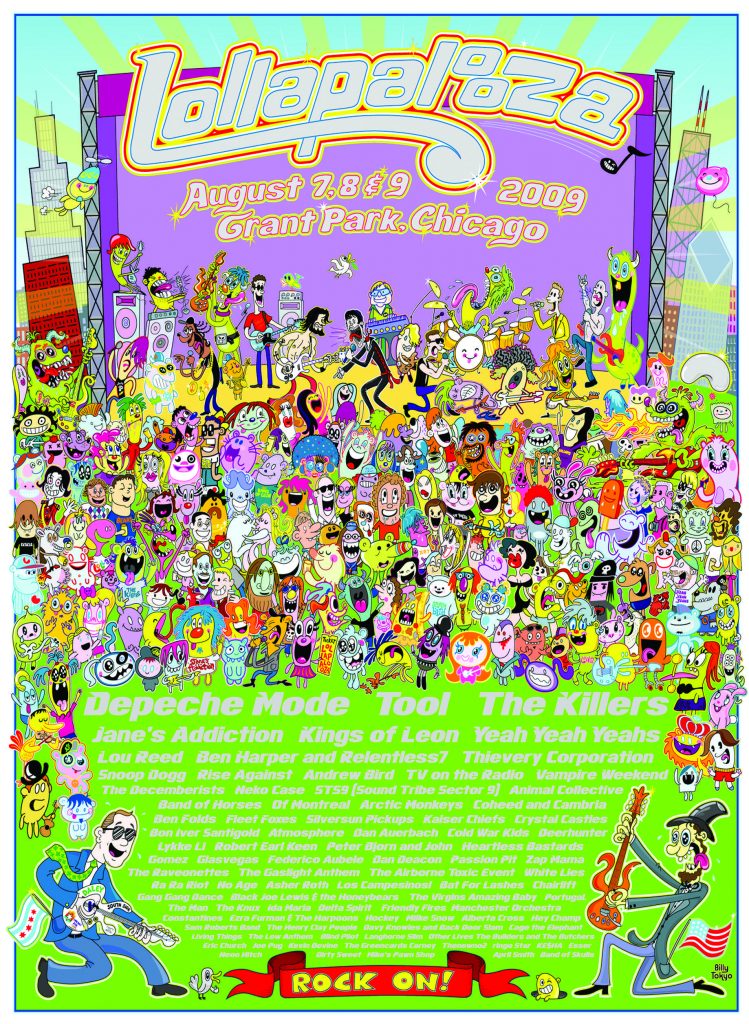 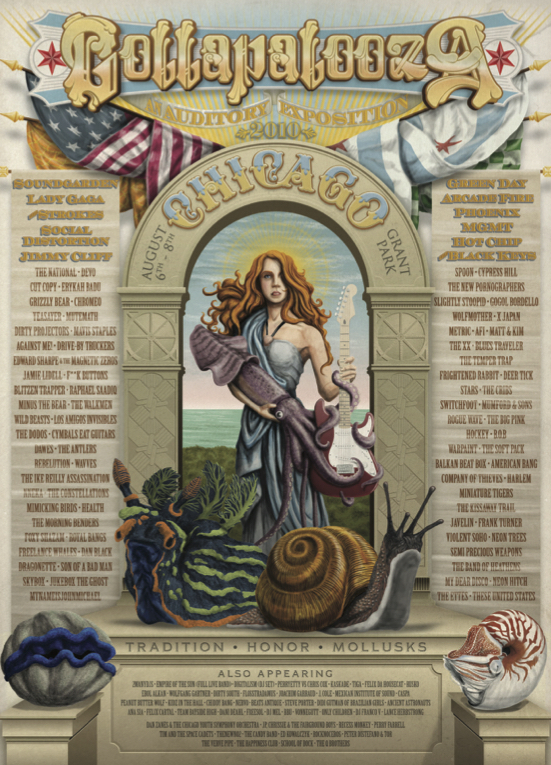 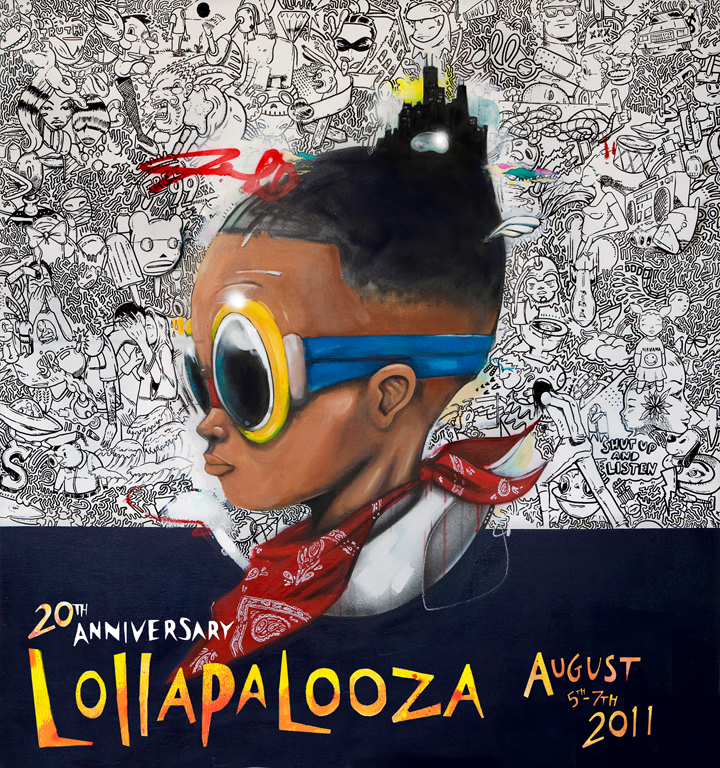 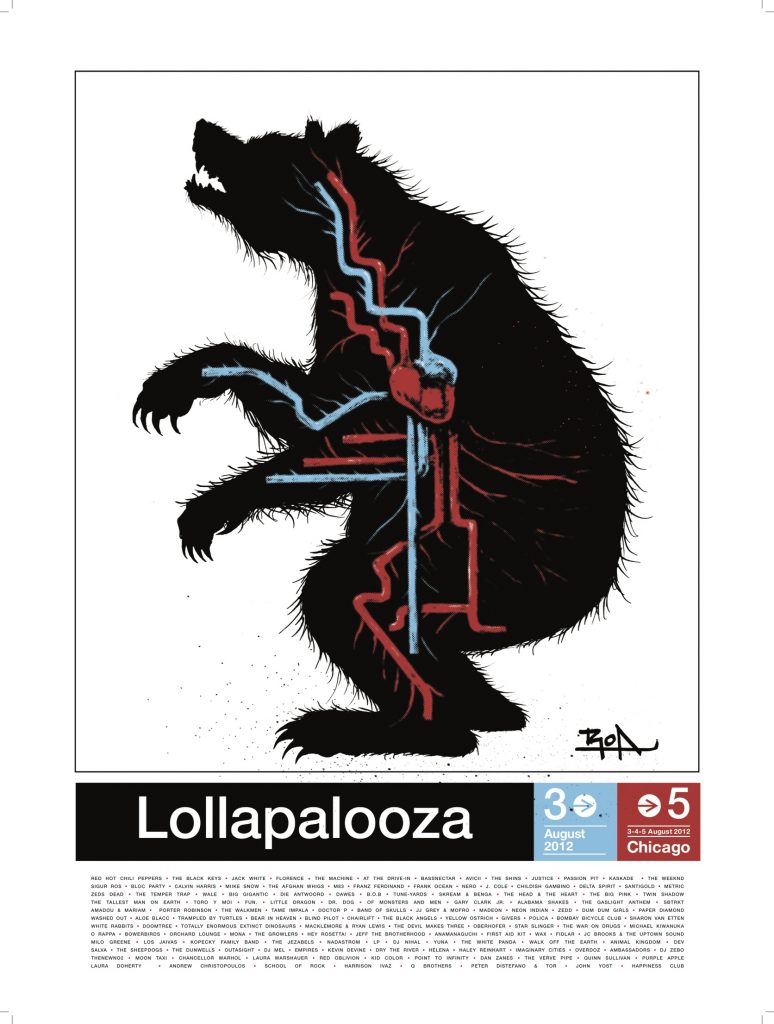 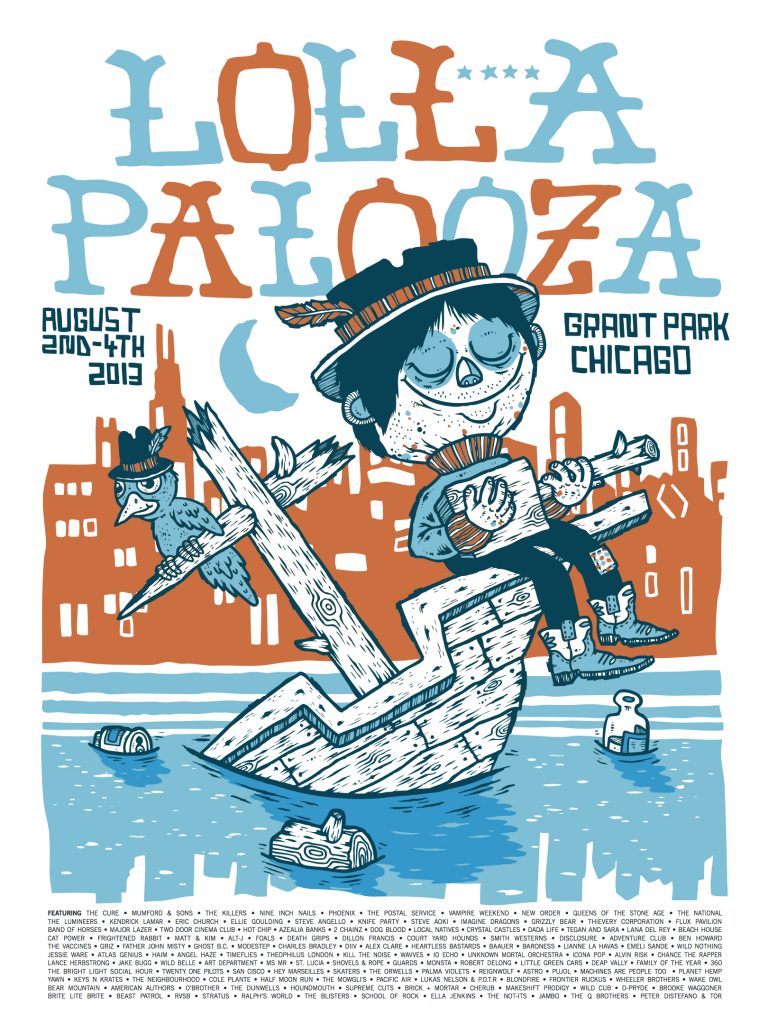 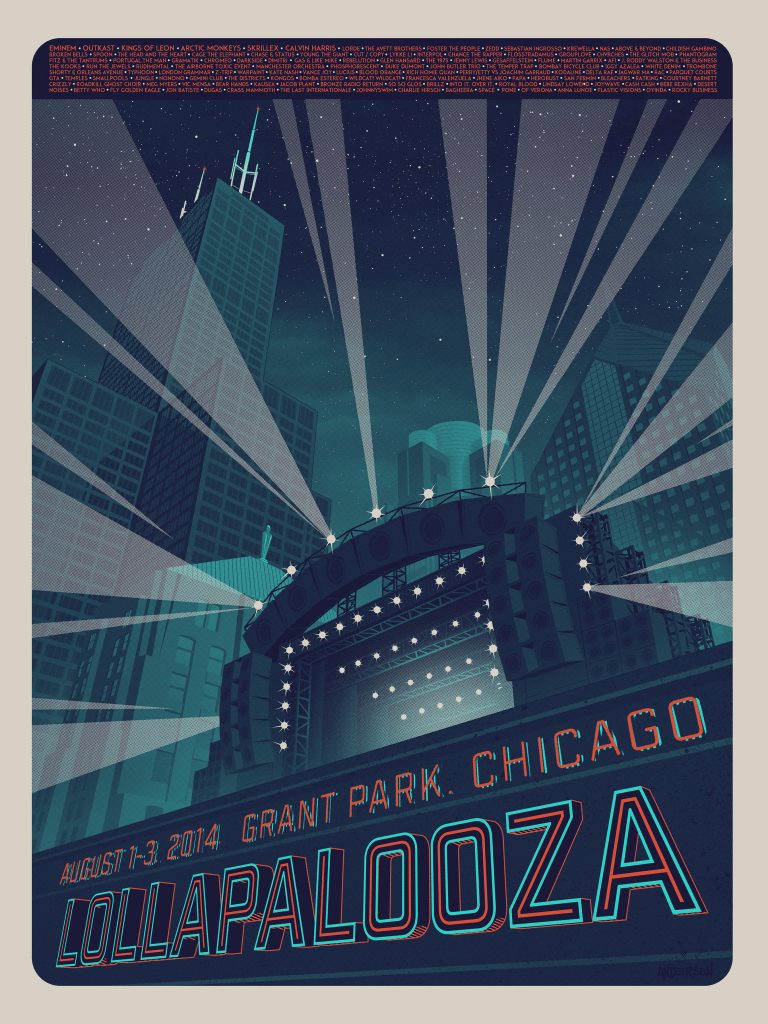 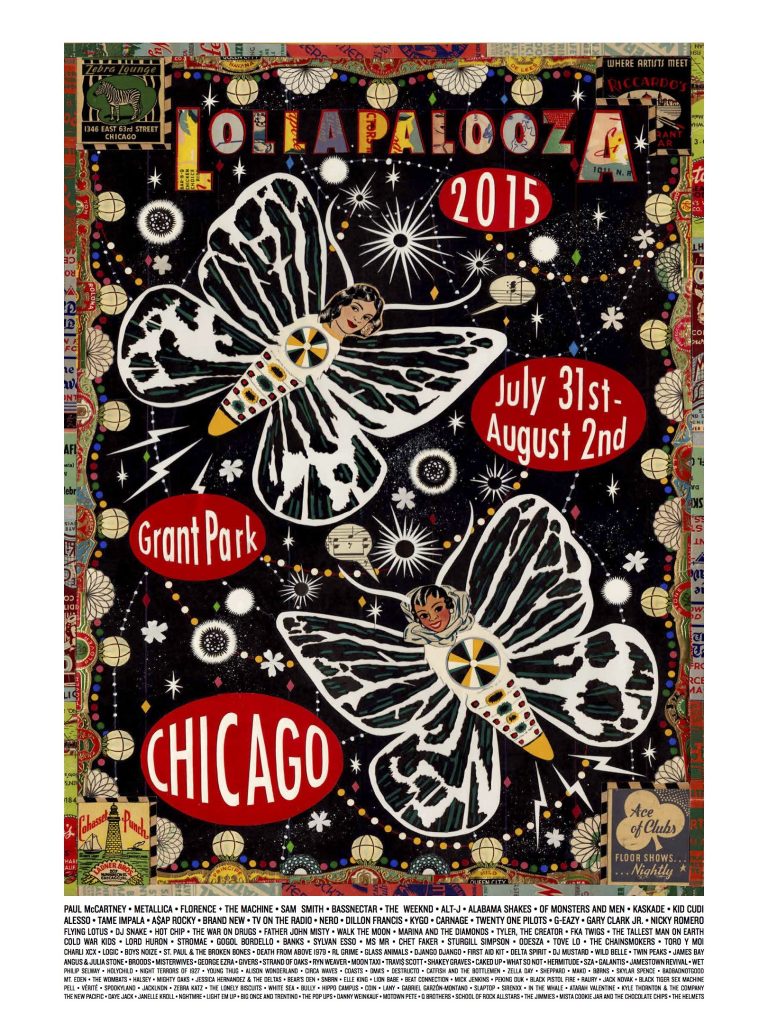