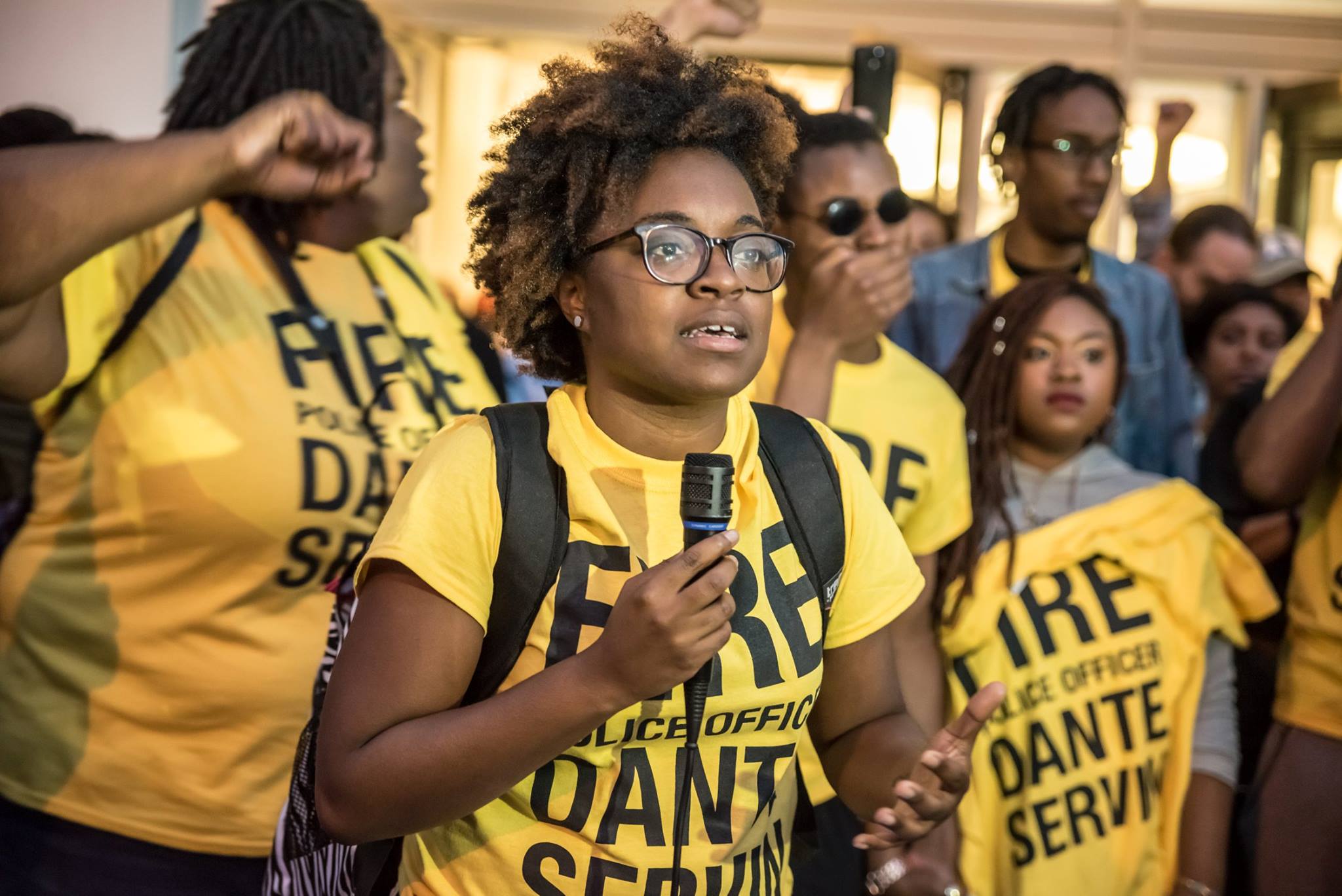 Charlene Carruthers is the national director of the Black Youth Project 100 (BYP100), a Chicago-headquartered, member-led organization of eighteen-to-thirty-five-year-olds who want to create social, economic and political freedom for black people everywhere by dismantling injustice anywhere. Be it promoting black-owned businesses, demanding justice for the families of victims of police violence or promoting LGBTQ and gender equality, BYP100 wants radical and just change. The group has led well-known protests pushing for the ousting of state’s attorney Anita Alvarez, the firing of Chicago police officer Dante Servin for the 2012 shooting of Rekia Boyd and they famously helped shut down the Magnificent Mile last year in protest over the Laquan McDonald cover-up.

Unapologetically fierce and uproariously witty, the thirty-year-old South Side native sharpened her organizing skills while working at the Center for Community Change, the Women’s Media Center, ColorOfChange.org and National People’s Action. The sought-after public speaker, master Tweeter (@CharleneCac ) and activist sheds light on her own political awakening and leadership.


Describe yourself in three words.
Daughter, Lover and Co-Struggler.

Name three idols past or present.
Ella Baker, Harriet Tubman and my mom.

What was your entry point into activism?
I was introduced to activism as a college student. I attended a predominantly white university and chose to join a number of efforts to call out how racism and white supremacy showed up throughout the institution. I learned a lot there and it helped shape my political beliefs. I also traveled to South Africa at the end of my first year in college. It transformed how I thought about being black in America and in the world.

What drew you back to Chicago after working in DC?
I was working for ColorOfChange.org and living in NYC. At that time I had no experience with organizing in Chicago. I’d worked on campaigns and efforts across the country in the previous ten years. It was my hometown and I had to watch the news about the Chicago Teachers Union strike and the conditions of black people in communities like the ones I grew up in as a child and teenager. I had to go back and do something. 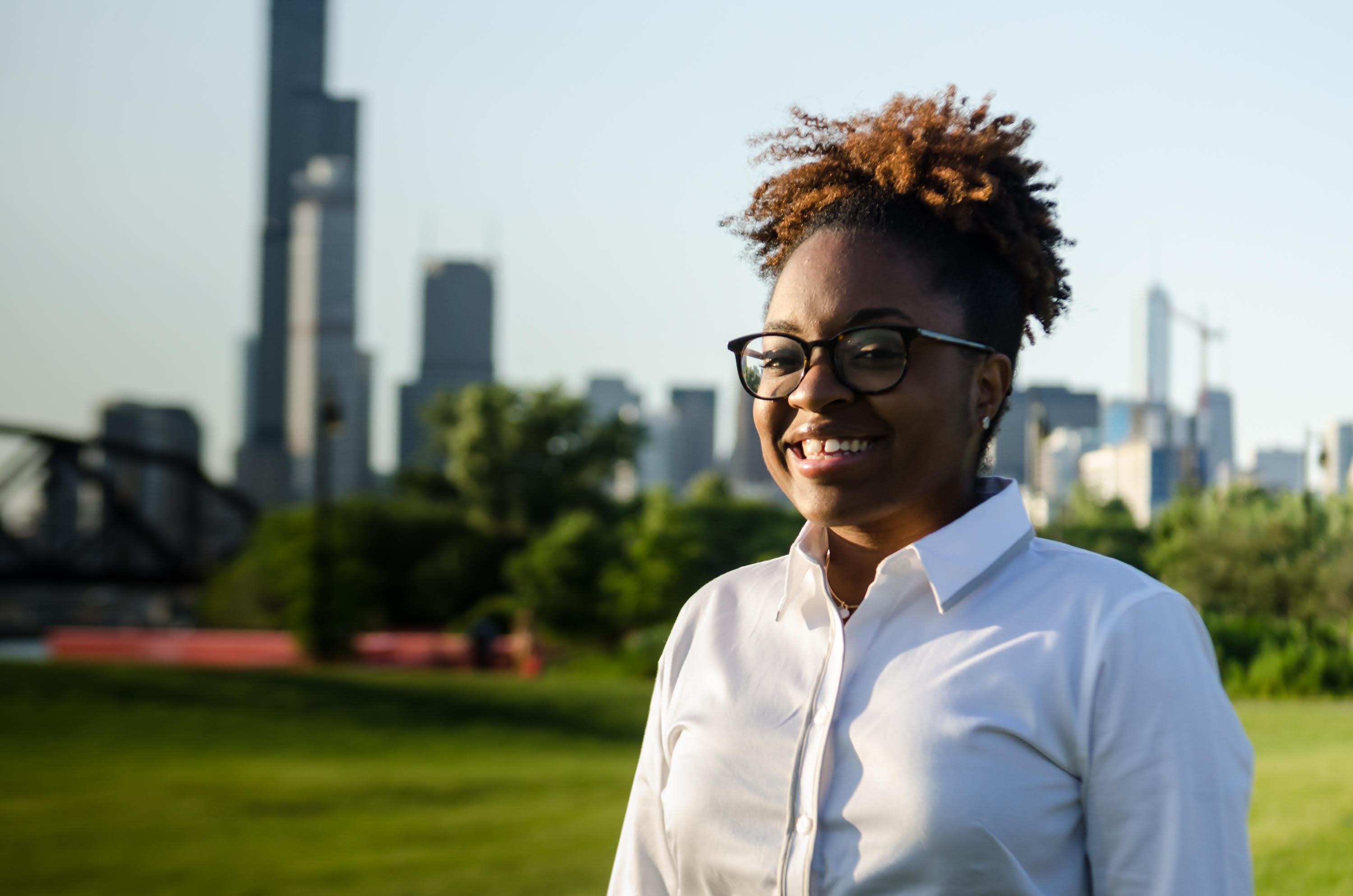 What specific ideas and reforms are you pushing?
BYP100 works to create transformative change with material results for the lives of black people. We developed two public-policy agendas to address safety beyond policing, the Agenda to Keep Us Safe, and economic justice, the  Agenda to Build Black Futures. We believe that a world where conflict and harm are dealt with outside of police and prisons is possible. We are pushing for reforms that help get us there. A few key changes include defunding and divesting from policing and investing in quality public schools, job creation and healthcare (mental and medical); and  economic and structural reparations for the harms caused by systems such as chattel slavery, Jim Crow segregation and mass incarceration.

BYP100 is known to work from a black queer feminist lens. Why is that important?
None of us will be free until all of us are free. We have to do our work, as catalyzed by leaders before us, in a way that moves the most marginalized into the center.

What type of changes are needed now in police accountability in Chicago and the U.S.?
The police need less power over our lives, increased and accountable oversight and a commitment to not increase the protections they have through hate-crimes legislation under the banner of “Blue Lives Matter.”

What effect has the arrests of activists, such as Ja’Mal Green, had on protesters?
The unjust targeting of Ja’Mal Green shows us that we have to become more vigilant in the protection of our people. We have to reinforce the need to create safe communities from within, not at the hands of police.