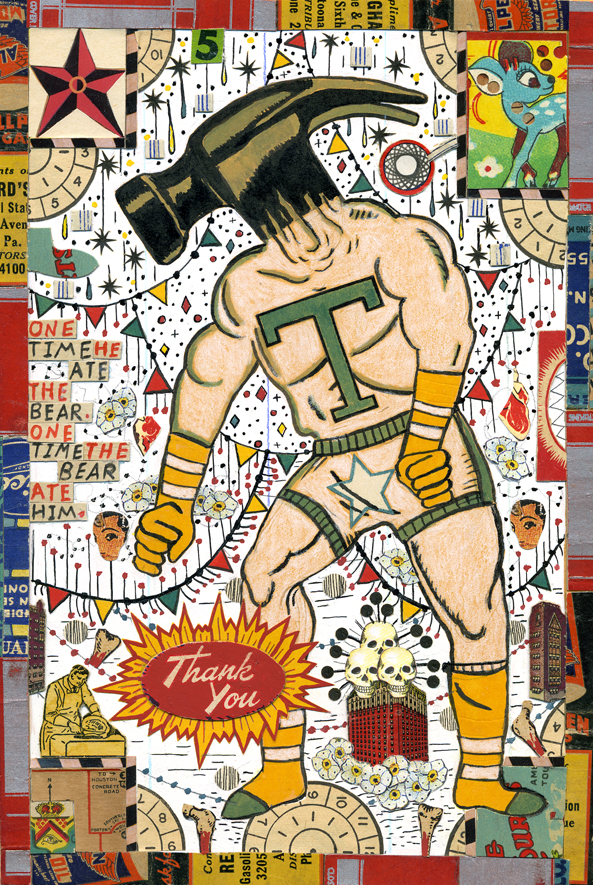 While he is still polling at a ridiculously and embarrassingly high forty percent among the American electorate, Donald Trump’s boat is beginning to spring leaks, cracks and fissures. One has only the candidate himself to thank. The strategy of making so many inflammatory statements—ugly and idiotic things that one can barely parse his nonsense—has worn thin. It seems his recklessness is beginning to catch up with him. The disparaging of a fallen Muslim soldier and his grieving parents from the Democratic National Convention seems to have provoked a crisis of faith among the tinfoil-hat crowd. Even the most knuckle-dragging mouth-breathers among his following found this offensive.

It was not merely offensive, it was despicable. And Mr. Khizr Khan’s speech at the convention was an astonishing act of citizenship and sacrifice. He and his wife were the very portrait of grieving and grace, in equal measure. That Trump would attempt to slight their very real loss and pain tells you everything you need to know about who he is and just how grimy and low he is willing to go.

Trump’s moral universe is down there so abysmally low, the snakes are blind from the darkness.

Then someone offered Trump a Purple Heart; our country’s most grim and heartbreaking accolade for being wounded in battle… and the imbecile accepted it; with a truly moronic comment about having always wanted one and happy to receive one the easy way.

You can’t make this shit up.

Before this it was Trump’s invitation to Russia to hack into Secretary Clinton’s past emails that started the latest round of “What will the idiot say next?”

I’ve met a few Trumpies lately and every time I ask them just what their candidate has in the way of plans, or a platform, or policy imperative, they look at me incredulously and say “To Make America Great Again!!!” When I ask them what he plans on doing about:
The Economy
Education
Unemployment
The Environment
Crime
Trade
Iran, Iraq and Afghanistan
Immigration

They can only sputter about the Big Wall and how he’s going to make Mexico pay for it.

Never in the history of the electorate has a candidate ever had less of a plan than the Lemon-Meringue-Ass-Wipe.

Mr. Trump is heavy on the atmospherics and completely bereft of specifics.

His running mate, Governor Q-Tip, was supposed to provide some actual legislative bona fides. But he is best known for enacting the most vicious legislation ever levied against the LGBTQ community and now brags that he will reverse women’s reproductive rights by overturning Roe vs. Wade. I’ve always wanted to ask Governor Mike Pence why the gun shows in his state are overseen by such lax laws that gang members from our city buy multiple weapons there and then drop the bodies of children all over our city. I wonder if he has an answer.

Republicans of his ilk care mightily about fetuses—until they are out of the womb—then they are on their own.

It is nothing, if not amazing, that these two bigots ever found each other.

Maybe they ran across a field toward one another, with their arms outstretched, in slow motion, with a love song playing… like in the tampon commercial.

It isn’t any secret that I was a Bernie guy. I really wanted Senator Sanders to be our next President. I thought he was a principled man who had a lifetime record of being on the right side of history. I wasn’t wrong. I was disappointed that he didn’t get the nomination. I thought he ran a clean and honorable campaign and he reminded me of the guys we used to send to Washington—the Paul Simons, the Everett Dirksens—the people who took public service seriously.

When he did not get the nomination and threw his support to Secretary Clinton, I decided to agree—not happily—but in the face of the burgeoning fascism of the Trump candidacy… Let’s just say that she is the leper with the most fingers.

I’m not thrilled—she is way too hawkish, tight with Wall Street and special interests; and she does suffer a certain likability deficit.

It is hard to warm up to Hillary Clinton but one sure as hell cannot say she isn’t qualified. She was a well-liked senator for eight years and Secretary of State for four—she has the chops. She brings a wealth of experience to a delicate job that requires rational, sober, diplomatic skill and she has it.

Would I have liked Elizabeth Warren or another highly qualified woman to be our first female Commander and Chief? Maybe, but Hillary is who we have and when you consider the alternative, this decision becomes easier.

That she chose Senator Tim Kaine of Virginia tells you a lot—his biggest asset seems to be that nobody hates him.While not exactly Mr. Excitement, he seems like the kind of guy who lives next door and would lend you his ladder. He may be as exciting as a vanilla milkshake or a sale on grass seed, but he is a serious and likable candidate who can speak Spanish. It’s good to have someone at the top of the ticket who can tell people in their own language that we won’t be building some fucking wall… that we are better served building bridges to each other’s experiences in order to make a more diverse and culturally enriched country.

Meanwhile, we can watch the Trump campaign implode. It has been running on the exact same fuel that balloons do and now it is time to put up or shut up. The Blowhard and Governor Q-Tip look like deer in the headlights every time someone asks them a substantial question.

Neither man has a world view beyond their own petty prejudices and bigotries. Nope.

The Sphincter Twins will try to legislate their own piggish moralities and real Americans will not have it. Stick a fork in their asses and turn them over—they’re done.

The plan starts with the truth. Our fake president is an identity thief. Trump offered 5 than upped it to 50 million just to see the college records of the murderous musloid usurper. Why don’t the brilliant demon cats of the most transparent administration in history take his ?? The murderous hag is guilty of treason. Globalist anarchist george soros bankrolling black lives matter. Trump for Truth. America is in peril.

Did you write this whole screed with one Crayon?…

I’m a fan of your writing in general, Tony, but you’re counting Trump out a little early, I do believe, and for all the wrong reasons. Based on this piece, I’m beginning to suspect that you answered one of Hillary’s ads on Craigslist desperately soliciting crisis actors and writers, the former to populate the school cafeterias she struggles to fill at campaign events, the latter to rebut those mean, albeit accurate, things people are saying about her on social media and right perceived wrongs that must be part of the vast right-wing conspiracy. Most troubling, you sorely misrepresent Hillary’s actually… Read more »

Rain King– I’m not exactly going to skip to the polls to vote for Secretary Clinton–compared to the alternative? she is at least sentient and sane and not a bigot with a head full of piss-colored cotton-candy…you are delusional if you think this man is capable of governance…

Tone Loc you be tone deaf, lad. Sentient and sane are not words the experts are choosing to describe the poisonous termagant. Dementia, Parkinsons, seizures, stroke, brain tumor are. Do some homework and if you don’t find Really Tired Hillary’s rapidly deteriorating physical, mental and emotional health the central troubling issue in the ongoing national farce then hie to Websters and look up the word delusional, for the sake of your own mental health. Hillary has been wackadoodle for some time. She’s finally reached full wackadoodle-dandy via a toxic stew of meds and character deficits that serve as markers for… Read more »