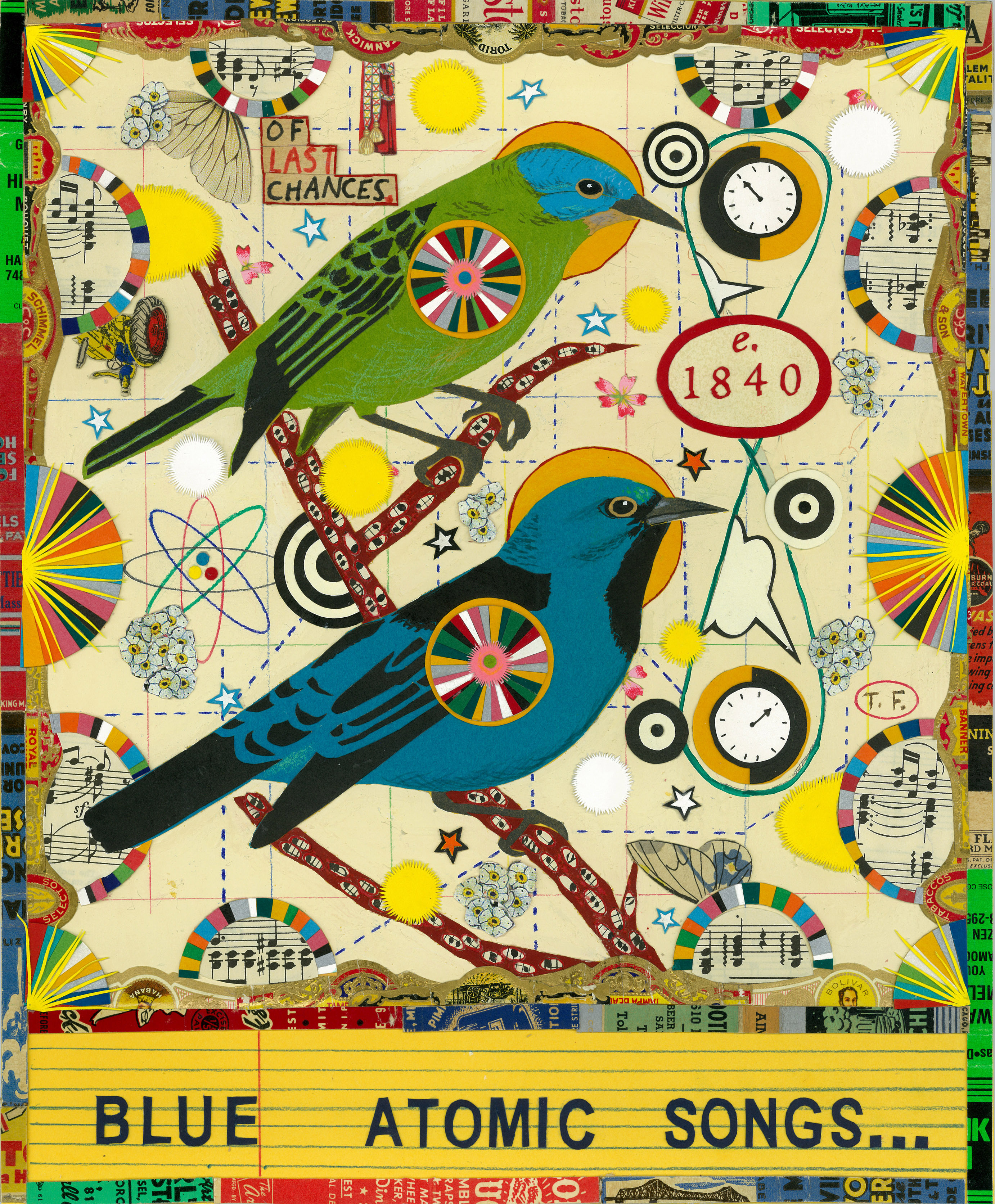 It is amazing what plays in Chicago. We revere historical sites and landmarks until we can make more money selling them for parts, so pervasive is the chop-shop mentality of real estate developers in our city. It isn’t new: when I was a little kid they tore down the Garrick Theater downtown—an architectural gem by Louis Sullivan and Dankmar Adler—to build a car lot. The most popular music in this town is not blues or jazz, but the sound of the cash register. The week after we found out that we were going to lose the Double Door, the iconic Wicker Park rock club, along comes a story in DNAinfo Chicago by Mina Bloom, that the bird sanctuary at 441 West Arlington in Lincoln Park will most likely be developed into condos and retail. Somehow, the fact that it has landmark status as a bird sanctuary does not preclude its owner, one Eugene Chesrow, from selling it to real estate developers.

I asked Greg Neise of the American Birding Association what this means for avian life there. “I’ve known this spot since I was a kid—I grew up three blocks away—when I used to stop to see what I could see. In the winter, hundreds upon hundreds of House Sparrows roosted in the low evergreens. I’m certain that Saw-whet Owls used it, because of the great cover and abundant food. I used to talk to the man that owned it a little bit, but only was allowed inside once.

“This one will be very tough. It’s so close to North Pond and the rest of Lincoln Park, and so small [it’s a garden of about twenty trees, 500 feet from North Pond as the chickadee flies], that the argument for not developing it becomes, do the [very wealthy and influential] neighbors will it. From what I’ve read, many think it’s an eyesore and the alderman is pro-development. “There was a similar situation in Oak Park in the late 1940s, with the ‘secret garden’ of Henry Austin, right smack-dab in the middle of downtown Oak Park. But the family donated the property to the park district.

It sounds like Mr. Chesrow, who planted the Arlington Place property, needs the cash and wants to sell. Without support from the property owner… man, I don’t know what could be done,” he says.

I attempted to call Alderman Michele Smith, but she wasn’t in Friday afternoon. She never returned my phone call either. I also attempted to call Alderman Proco Joe Moreno, and Alderman Deborah Mell, as well—neither of them were available Friday afternoon either. Hell, in my next life, I want to work alderman hours. I called them because they are on the Zoning, Landmarks and Building Standards committee and allegedly, this thing is not a done deal yet. So this is what I’d like you to do as citizens of Chicago. Call them up. Chat them up.

I’m including the names and all of the phone numbers of their Ward offices. because I’m a fucking citizen and I feel like our elected representatives ought to be willing to discuss public policy with us or we pry them off the public tit. They sometimes forget when we call them that we are seeking to speak with someone who works for us—our employees—this is what public servants are. If I were a monied real estate developer, I’m thinking they’d have vaulted over their fucking desks to get to the phone.

One of the ironies of this tale is that this parcel of land was sold to Mr. Chesrow by the Audubon Society, whose mandate has been preservation of the natural world. Every year this organization puts out the “State of the Birds” report and every year it has looked more and more dire for birds. Extinction, we learn, is a very real possibility for many once common species. Extinction is also something that happens by increment. My friend Joel Greenberg, the well-known naturalist and scientist, as well as the author of the go-to book regarding the extinction of the Passenger Pigeon; “A Feathered River Across the Sky” had this to say: “Huge numbers of birds migrate through the city and we can help protect their well being by taking such steps as turning lights off of skyscrapers during migration and maintaining adequate green spaces.”

We need to protect WHERE they live. Chicago is a huge and complex ecosystem, yet every year the count of migrating birds drops ever more perilously low. Scientists tell us we have lost a billion birds since 1970. Billion, with a capital “B.” I realize this may be a quixotic effort—in a city that looks the other way while its children are slaughtered by gunfire, what hope do birds have? Maybe while you’re on the phone with them— you can remark about the bang-up job their doing on that front as well.

There is also another elephant in the room—one assumes that this bird sanctuary, being a landmark, that Mr. Chesrow was absolved of any property tax burden on this property since acquiring it in 1974. Does putting it up for sale at what is sure to be a huge profit mean that he is now liable for the property tax retroactively—back to 1974? I mean, it is either a landmark or it is not. If these lots are sold for commercial usage such as condos, or for retail, then Mr. Chesrow, or the developers, or both; should pay the back taxes on this newly commercialized property.

It’s like this folks, the sky IS falling and it’s full of birds.

Thanks Tony. Wonderful piece as usual. I understand that property owners want to be able to cash in. But we just keep eroding our quality of life, and the birds who once found these parts hospitable have been forced somewhere else. When you’ve never seen a goldfinch or rosebreasted grosbeak or owl you don’t miss them so much.