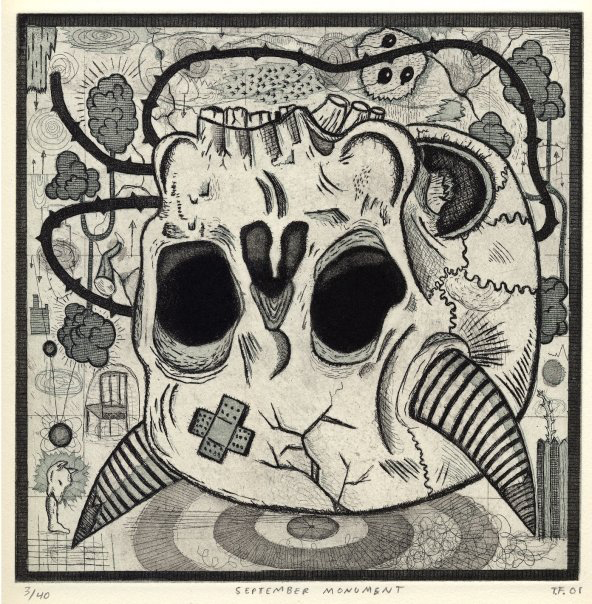 “As flies to wanton boys are we to the gods; they kill us for their sport.” —Shakespeare

I watched Governor Q-Tip debate Senator Tim Kaine last night. It wasn’t much of a debate. It was like watching two candidates battle it out for the job of Executive Coat Holder. Or Head Hall Monitor.

The only reason to tune in was to keep an eye on Mike Pence; a truly frightening, squinty and gamy creature who wraps himself in the flag and the Bible at every turn. However despicable Donald Trump is—or, as I like to think of him, the Tangerine Baboon—Governor Q-Tip is infinitely more dangerous.

Why? He has already legislated and enacted one of the most egregious and hateful laws in modern history. Titled: “The Religious Freedom Restoration Act,” it was quietly signed into law last week. It basically makes bigotry and discrimination against our LGBTQ citizens and community LEGAL.

More easily explained, if Homer doesn’t like a same-sex couple—he can deny them housing, legal services, medical care and service in restaurants; or even the right to use a public bathroom.

One wonders what Jesus, who hung out with pariahs and whores, would think of this brand of “Christianity.”

This law is intentionally vague so that it may suit whatever particular religious bigotry one espouses. For instance, if one is an anti-Semite, this law makes it legal for him to legally discriminate against those of the Jewish faith, or Catholic or Protestant, based on his religious convictions. But mostly, it is an ugly legal mandate aimed at gay and transgender people.

Governor Pence, in the state of Indiana, has successfully dragged our Republic back 200 years.

He could do the same for America, one heartbeat or one impeachment away from the presidency. Can you think of an imbecile MORE likely to be impeached than the Human Circus Peanut? And despite Trump’s pronouncements of good health, I was built a LOT like Trump before I had a heart attack. Honestly, this goof looks like he is one fried chicken dinner away from a coronary. I’ve seen heartier human specimens at cardio-rehab.

Pence also sends a chilling message to law enforcement that he is a “Law and Order” candidate. This is human “dog-whistle” code for keep up the good work. Pence seems to be oblivious to the executions of unarmed black men that have plagued our country. And these are the murders and executions that have been caught on film. Think of the atrocities we haven’t seen; and then think of the 400 years of oppression leading up to these latest acts of terror.

One could say that Pence has directly sponsored domestic terrorism with his indifference to the lax gun laws that allow gun shows in his state to fill the streets of Chicago with handguns and the bodies of children. What about that terrorism? Funny how it didn’t come up in all of his campaigning—the wanton killing of a generation, all the while blaming the victims of gunfire for their own wounds.

Pence, Trump and their ilk LOVE the word “Terror.” Hell, they put it on their toast.

It’s an act of terror when a jihadist takes a life. It is an act of regrettable circumstance when the police take lives. If you are a black man in America, you are far more likely to be killed by a policeman than a terrorist. If the Trump/Pence ticket is elected, look forward to more of the same.

When this calamity of an election is over—and Buddy, it can’t be over soon enough for me—Chicago, and America, need to take a good, long look at ourselves. I include myself in this—the Trump candidacy has coarsened me and made me traffic in nasty exchanges with people who, behind their blow-hard sloganeering, are essentially afraid.

They are terrified that the promise of America has somehow passed them by, kicked them to the curb, or deemed them unworthy of the good life. These are the people that Trump speaks the loudest to—no matter what your station in life, no matter what your transgressions, failures, and disappointments are, it is somebody else’s fault.

They will blame other peoples and nations and isolate us in the world with a solitary ethos and selfish world view. Who is to blame? Somebody black, somebody Mexican, somebody gay or transgender, somebody Chinese… Whatever heartbreak, Trump and Pence promise you that it is not your responsibility. They indemnify you from the pesky ownership of your own choices. And while they will burn America to the ground, they’ll wrap themselves in the Bible and the flag as all demagogues do.

Pence and Trump are selling the darkest version of our county imaginable. One where we look upon our neighbors with suspicion and unseemly curiosities. A country where diversity becomes a dirty word; where greed and bigotry become virtues.

To Hell with Pence and Trump—they are creatures of the distant past—let’s leave them there.

Stand up! We are a better people than this. We have the most valuable commodity going when it comes to holding together a civilization. We have a vote. We have a community. We have each other.