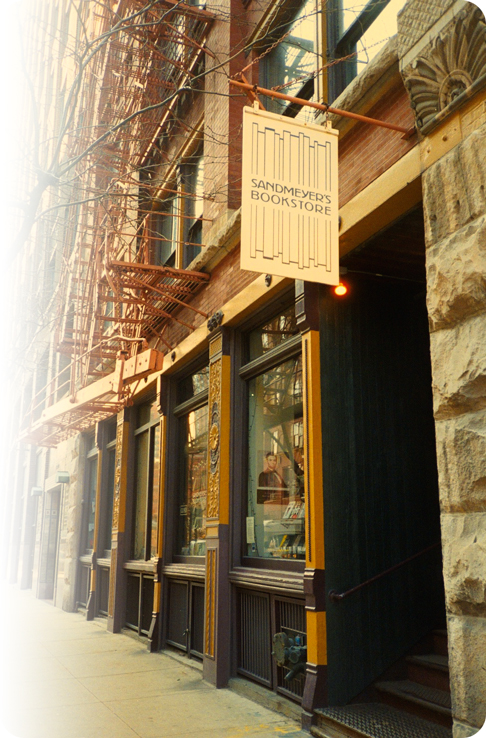 As every bibliophile knows, a bookstore is more than a retail outlet; it’s a community space—a neighborhood resource, where much more than goods and currency change hands. After the ravages of the nineties bookstore wars, in which the corporate giants made war on the independents, and the subsequent rise of Amazon, which in turn slew the corporate giants, what’s left on the landscape are those booksellers who most fully embrace their role as guardians of culture over slaves to the bottom line. You’ll find the most notable of these below, along with a few of their historical forebears.

Kroch’s & Brentano’s
It was the largest bookstore in Chicago; today we’d call it a superstore, but back in its heyday—the latter half of the previous century—we knew it only as three separate levels of sheer bookish abundance. The second floor in particular was noted for its lavish art book section, probably the finest in the city. Its basement discount and mass-market paperback section pioneered the model that, ironically, took over the industry and helped drive K&B out of business. Adolph Kroch, the Austrian immigrant who opened his first store before World War I, roped in a branch of the New York-based Brentano’s in 1933. Among the many ways he revolutionized the biz: he invented the tilting shelves that allowed display of books’ full covers; up until then, customers saw only the spines.
29 S. Wabash, now defunct.

Stuart Brent Books
Charming, irascible, quixotic and fiendishly devoted to literature, Stuart Brent was for many years the city’s champion of both books and authors—in fact, of culture in general. When a popcorn shop moved next door to his iconic Michigan Avenue digs, Brent was apoplectic—the barbarians were at the gates (and the smell of caramel was in his shop). He fought fiercely right to the end; and while he was around, writers like Saul Bellow, Nelson Algren, John Cheever and Philip Roth had a dedicated spiritual home in the city. Ben Hecht even furnished the huge oak desk that sat at the back of the store, which became an icon in its own right. Eventually the mighty oak was felled by the termite-like spread of Crown Books and its ilk; but Brent remains the sole Chicago bookseller whose story can be called novelistic.
670 N. Michigan, now defunct.

Prairie Avenue Bookshop
You’d expect a store the London Times dubbed “the best architectural bookshop in the world” to have an interior that lived up to its name; and Prairie Avenue was a breathtaking intersection of planes and angles, a seemingly endless succession of striking juxtapositions. Of special note were the names of more than three-hundred architects in gold, against its dark green walls. Though designed to serve professionals, it was open to the public; but given the typically high-end price of most of its stock, it couldn’t compete with the deep discounts offered by online sellers. In August 2009, Wilbert and Marilyn Hasbrouck, who had opened its doors on Prairie Avenue in 1974 (hence the name), closed them for the final time.
418 S. Wabash, now defunct.

Seminary Co-op Bookstore
It’s a story any leftist will love. In 1961, seventeen people kicked in ten bucks each to start a cooperative bookstore. In the years since, it’s sold shares to more than fifty-thousand others—including Saul Bellow, Friedrich Hayek, Susan Sontag and Barack and Michelle Obama; and every employee is also a co-owner. Located in the basement of the Chicago Theological Seminary (from which it takes its name)  until it moved out in 2012, the store boasts one of the country’s biggest selection of academic texts and is a popular hangout for faculty and students from the nearby University of Chicago. It’s had its struggles in the increasingly corporate and conservative retail landscape; but it’s still, if not quite a harbinger of the workers’ paradise, an exemplar of its egalitarian business model.
5751 S. Woodlawn, semcoop.com

Myopic Books
One of the city’s oldest, largest and best-loved used bookstores boasts three floors’ worth of gently owned treasures; but its appeal is more than just its ample stock. Myopic is known both for the eccentricity of its layout and the severity of its regulations (patrons are notified by ample signage against such criminal acts as eating, drinking, texting and beards—though I suspect the last is apocryphal). More congenially, the store hosts irregular poetry readings (featured poets have included Patrick Durgin, Tim Kinsella, Bernadette Mayer, Noel Felix and Eileen Myles) as well as live-music Mondays, with improvised and experimental programs curated by Julian Kirshner and Aaron Zarzutzki.
1564 N. Milwaukee, myopicbookstore.com

Quimby’s Bookstore
As the neighborhood around it morphs into the playground of the haute bourgeoisie, Quimby’s defiant anarchism is thrown into ever greater relief. There’s a wonderful irony that the city’s greatest—and possibly sole—bastion of samizdat culture is just around the corner from a Lululemon. Quimby’s is overstuffed with photocopied zines, small-press minicomics and specialist publications for the politically outré and the personally fetishistic. Opened by Steven Svymbersky in 1991 and now managed by Liz Mason, the store also endeavors to keep in stock more established materials by pioneering subversives like Robert Crumb and Charles Bukowski; but in general, their crossover stock with the average B&N is statistically negligible.
1854 W. North, quimbys.com

Women & Children First Bookstore
These days, it’s perhaps best known as the inspiration for the “Women & Women First” sketches on “Portlandia;” and the proprietors are good sports about their comedy incarnation. They have reason to be; since its 1979 opening in Lincoln Park by original owners Linda Bubon and Ann Christophersen, the store—now run by Lynn Mooney and Sarah Hollenbeck—has BECOME not only one of the country’s largest feminist bookstores, but a vital part of the Andersonville neighborhood, where it’s been located since 1990. Gloria Steinem, Studs Terkel, Alice Walker, Margaret Atwood and Jimmy Carter have all put in appearances; and events (as well as social activism) remain a big part of the store’s agenda.
5233 N. Clark, womenandchildrenfirst.com

Unabridged Books
Unabridged is one of those rare retail outlets that has come to define its neighborhood. Opened by Ed Devereux in November 1980, and still under his management, it’s been in the same storefront ever since; and in the ensuing thirty-five years seems to have played a large role in galvanizing the surrounding, very diverse Lakeview clientele into a community. Since the closing of A Different Light in the nineties, Unabridged has been the principal resource for LGBT literature, and novelist Carol Anshaw credits Unabridged for launching her career; but other local authors feel a similar debt of gratitude to Devereux and his staff. The latter are the store’s chief asset: they’re loyal, long-serving, highly knowledgeable and eager to offer guidance and recommendations. For many regulars, the confines of Unabridged feel like an extension of their own living rooms.
3251 N. Broadway, unabridgedbookstore.com

Sandmeyer’s Bookstore
Sort of the platonic ideal of a bookstore, Sandmeyer’s, founded in 1982, is often called a “mom-and-pop” bookstore, which would sort of fit if Mom were Joyce Carol Oates and Pop, John Irving. Within its pristine, track-lighted, duct-ceilinged interior, the selection is what wins you over; you’re likelier to find volumes recommended by NPR and TLS than the genre- or celebrity-driven product that clogs the aisles of so many less selective booksellers. “Elitist” has become a pejorative term in recent public discourse; to enter Sandmeyer’s is to step back in time to when it was a term of approbation.
714 S. Dearborn, sandmeyersbookstore.com

Book Cellar
Given that it’s situated just north of Lawrence, on the stretch of Lincoln Avenue that most recalls a European boulevard, it’s fitting that Book Cellar is the city’s only bookstore with a wine bar—generally serving small-batch vintners. The sense of community and occasion is omnipresent here as well, thanks to owner/manager Suzy Takacs’ entrepreneurial bent. There’s a monthly, LGBT-friendly Essay Fiesta, monthly local-author reading (which—full disclosure—has featured at least one Newcity editor), and other ongoing events; and Takacs has even partnered with Kobo to provide a catalog of e-reader titles, which can be purchased from the store’s website. And in summer, the outdoor cafe looks directly onto the Giddings Plaza Fountain.
4736 N. Lincoln, bookcellarinc.com