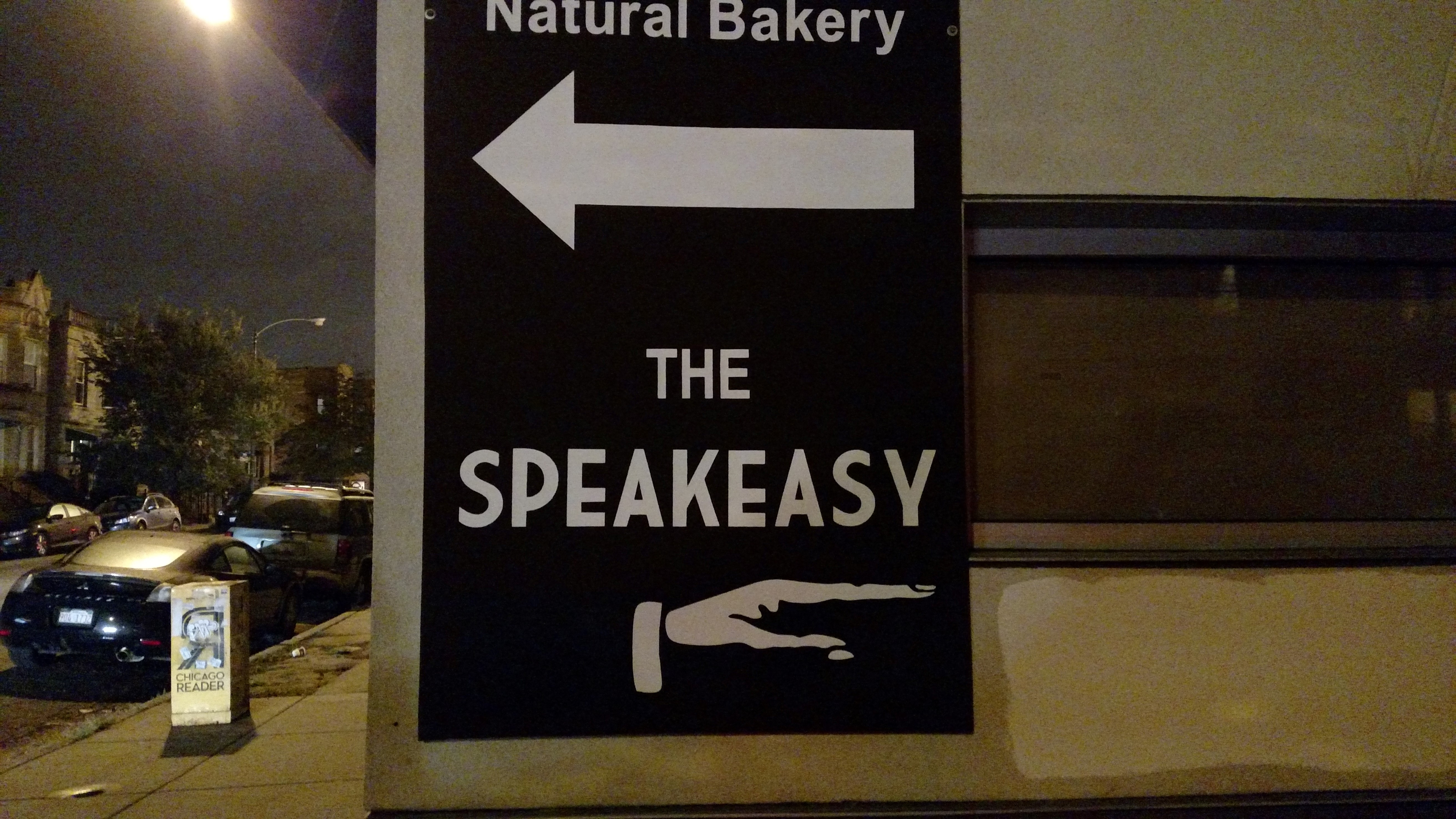 December 5 marks the eighty-third anniversary of the ratification of the Twenty-first Amendment, which repealed Prohibition and ended more than fourteen years of clandestine imbibing in our nation. Prohibition may have ended when Gabby Hartnett was still playing catcher for the Cubs, but our city remains steadfast in its affinity for the speakeasy as a way of life.

But what is a speakeasy and why do we care? The name “speakeasy” refers to a bar of old that was unlicensed, therefore, discussing the establishment in public required you to speak “sotto voce.” Unlicensed premises were not totally uncommon before Prohibition, but they became ironically popular when the mere act of imbibing became a violation of our Constitution. The whole genre of the speakeasy seemed to take on a fashionable sense of mystery, suspense and danger through the mass and illicit patronization of a bar.

While some speakeasies were known for their whisky, others became a source of unique cocktails specifically crafted to both please the palate of upscale society types, as well as mask the poor taste of the illicit booze. Perhaps the seeds of our current craft cocktail explosion were also harvested from the original speakeasies, providing the link to today’s Chicago speakeasies which serve some of the most innovative and tastiest drinks around.

Thanks to Chicago’s outlaw past, the city became a central haven for hidden bars during Prohibition. Amazingly, some of those same bars are active today. The Milk Room in the Chicago Athletic Association hotel was rediscovered during renovations of the building when workmen discovered a barroom with special doors—you could enter only after passing security and stepping through an entrance behind the lobby.

The downstairs of Simon’s Tavern in Andersonville was once the NN Club (No Name or No Norwegian, depending on your viewpoint); today, the place serves its own hot homemade glogg to take the edge off in the winter months. If you are lucky and entertaining, you might even be able to talk the owner, Scott Martin, into a tour and tasting.

Nelson Algren wrote that Chicago lives like a drunken El rider who cannot remember where he got on nor at what station he wants to get off. That sort of physical, mental and geo-locational daze is aided and abetted by hanging out in a dark hideaway where one can comfortably forget what time or day it is simply by crossing over into the speakeasy world. While there are no casinos in the city to encourage that sort of disorientation, this same vibe of secrecy and not being found plays into the time-honored tradition of day drinking in the legal, but hidden, downtown bars of the Loop or the old working-men’s bars along now-abandoned train tracks headed to the Northwest Side.

Meeting the spirit, if not the letter, of the speakeasy definition, was the late, great Double R Ranch, which used to provide free chili on your birthday. The dark place was a hangout for The Sundowners, as well as a watering hole where workers, lawyers or politicians could drop out of sight mid-afternoon. That tradition lives on at underground bars like Cardozo’s Pub or Beef and Brandy (now called The Bar Below) on State Street or an under-the-El tracks pub like Boni Vino on Van Buren.

Yet it is not the feeling that you are actually violating the law or responsibility that has fueled the renaissance of the speakeasy. Who really knows all of the reasons for this appeal? Maybe there is something about the totally artificial feeling of going to a place that no one knows about. In our modern city, where so much of our lives are lived out in public, there is some thrill to connecting with something secretive or private. Of course, you can always take a photo and let your social media acolytes know what a cool, new, hip place you’ve found!

These “new” places may stem from the family tree of The Violet Hour, which has been open for over a decade and is one selfie spot to start on in terms of the power of the speakeasy revival and its characteristics and influence. “Hidden” behind the graffiti façade on Damen, across from Big Star, Violet Hour’s lack of signage establishes secrecy while the dark interior is intimate and comfortable. Plus, the drinks put Chicago on the mixology map, and they also dramatically increased the sale of eye droppers across the country. But in some ways, The Violet Hour is not how we imagine past speakeasies: it’s so demure, more like a private club than a lively roadhouse.

My choice for the liveliest and most “out there” speakeasy is The Drifter. Once you find the hidden door beneath the Green Door Tavern, you enter a wondrous, small (under forty seats), sexy space that once was a real speakeasy. Pick a drink from the deck of tarot cards that serves as the daily changing menu. Vaudeville and burlesque acts are also on the menu, with typically three performances daily ranging from bawdy jokes to haughty dancers.

While Algren was partial to The Rainbo Club and Gold Star bars on and near the Polish Broadway of Division Street, today I think he might just prefer to pass through another secret door behind the entrance to the Black Bull tapas restaurant. This leads to the swanky and succulent red velvet walls of Bordel, serving creatively themed drinks (this past summer’s were based on high-school yearbooks), amazing sazeracs, decadent punches and entertainment ranging from flamenco to salsa and DJs.

There are so many wonderful, historical and original speakeasies in Chicago and new ones opening all the time, that it is really tough to put together either a comprehensive or balanced list of the “best,” but here are a few world-class secret stations you might consider disappearing into.

The Green Mill. The epitome of gangster Chicago. Yes, Capone sat at the bar or in the booths and his men ran the joint. Still it maintains a very swanky feel with green neon, comfy booths, hot jazz and poetry. Dig? 4802 N. Broadway, 773.878.5552, greenmilljazz.com/

Booze Box. Whoda thunk of a Japanese speakeasy hidden in plain sight. Well there it is under Sushi Dokku in an alley off of Green Street (look for the red arrow sign), not so surprisingly featuring an effective combination of Japanese-infused variations of classic mixed drinks and street food with no attitude. 823 W. Randolph (go to alley off of Green), 312.455.8238, sushidokku.com/booze-box/

The Milk Room. Ultra-pricey and ultra-small (eight seats) but worth a special occasion visit. The staff will be glad to tell you the story of how the bar was uncovered in an act of urban archeology. 12 S. Michigan, 844.312.2221 chicagoathletichotel.com/eat-and-drink/milk-room-whiskey-bar-chicago

The Drifter. This is one place that is actually worth the wait to get in because it is almost impossible to have a bad time. Downstairs at 676 N. Orleans, 312.631.3887, thedrifterchicago.com/