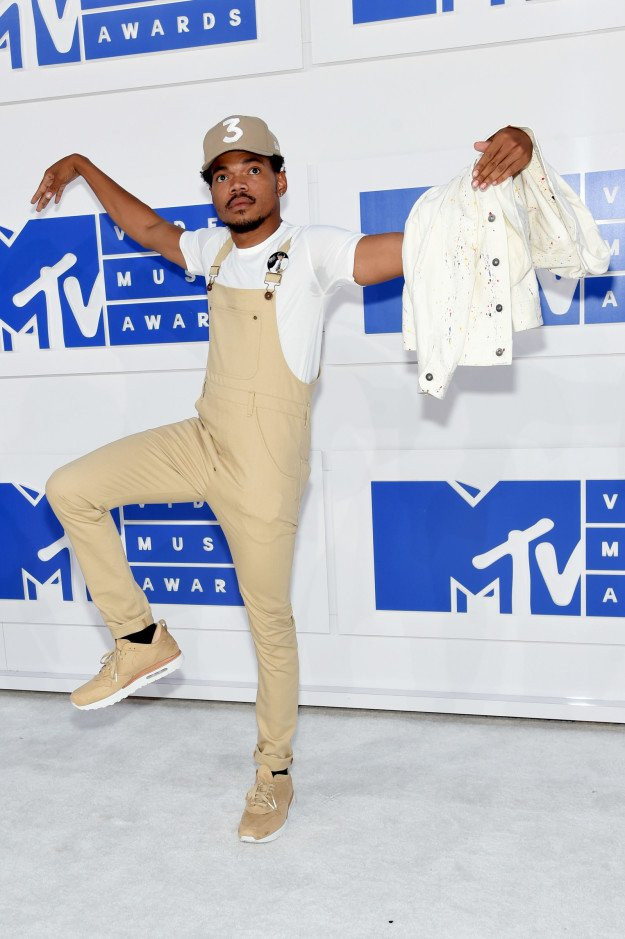 Chance the Rapper wore a pair of custom-designed denim drop-crotch overalls when he appeared on the red carpet, earlier this year, for the MTV Music Awards. As he struck boyish poses reminiscent of Ralph Macchio’s Karate Kid, the buttery, creamy fabric literally shined. His shoes too. He was just as dressed up—and certainly more comfortable—than the stars who squeezed into tiny dresses and even tinier footwear.

Chance’s choice of outfit, with those distinctive pants created by fellow Chicagoan Sheila Rashid, is unique to the city and, in many ways, to black Chicago, at that. And Rashid isn’t the only one bringing a certain city swagger to the world of fashion. Kanye West is a runway darling. Common too. And why is this? Insiders might point to folks like Virgil Abloh, who has worked beside Kanye for thirteen years, as an art director, fashion designer and merchandising savant. Abloh also owns RSVP Gallery, a popular Chicago clothing boutique. Others might point to Sir & Madame in Hyde Park or Succezz in the South Loop.

There are a number of amazingly well-stocked small boutiques in the city that essentially created the “look” that is now dominating red carpets, sports news conferences and clubs worldwide. Think: high-end t-shirts, leather overalls, amazing sneakers or perhaps a pair of textured leggings that help to create the high-low, casually fabulous, “I woke up like dis” look that has since permeated the most popular catwalk of them all: the city street.

The designers, and their consumers, have overtaken and remade capital-F fashion, even as many of them long disdained the system that makes fashion, well, fashion in the first place. As GQ so ably noted in its recent narrative about Abloh, these folks had taste long before they had money. Fashion grows from the ground up, so it’s no surprise that protest message t-shirts and jeans and multicolored fur coats created and treated on the South and West Sides of our city are now being reimagined on a larger scale for a global audience and selling for anywhere between $24 and $5,000 a pop while being worn by supermodels such as Gigi Hadid.

In that spirit, here is a list of the best places to pull together your swaggerific, high-low Chicago style. It’s okay to mix with a bit of Target and ground it with a bit of Nordstrom. But the key is in the mix, the mystery and the self-expression.

Succezz
This hot spot is going on its ninth year of operation. Owned by a former NBA baller, Bobby Simmons, it carries the must-have shoes for a discerning, moneyed generation. Case in point: It’s one of a handful of local locations authorized to carry Kanye’s precious Yeezys.
1329 S. Michigan, 312.431.1900

Sir & Madame
All the cool kids shop here. This husband and wife-owned boutique offers vintage-inspired clothing along with accessories, and shoes for women, men and kids.
5225 S. Harper Court, 773.241.5225

PRSVR
Husband-wife duo Brandon and Margaret Williamson have dressed everyone from Nicki Minaj to Nelly. Their store name is short for Persevere. They were among the first to introduce luxury leather track pants to the scene. It’s one of those places where a couple can actually shop separate and together and both parties will look highly, effortlessly styled. Think: extravagant leisure.
1822 W. Grand, 855.297.7787

Leaders 1354
Shirts, sneaks and art. LDRS, short for Leaders, is another cool-kid—er, adult—space that features unique streetwear-inspired clothing and sneakers for those who don’t want to look exactly like everyone else. The ubiquitous LDRS t-shirts, hoodies and hats remind shoppers to “Lead. Never Follow,” and have been seen on everyone from Chance to Dwyane Wade to Kim K to Jay-Z, the latter of whom rarely pubs clothing brands on his Instagram account. Creator Corey Gilkey created the line to stand for something, and it does. There’s also a New Jersey location.
1152 W. Madison, 312.787.7144

Fashion Geek
You see the cats walking around with really cool t-shirts on? If the shirt is nicely tailored and colorful and has an interesting message that you haven’t frequently seen anywhere else? Chances are that Fashion Geek Zo had something to do with it. Zo recently released a fur-topped ski hat. The IG post lets you know how he feels about his clothes: “Wait Till it get Cold/You won’t get 1.” Indeed.
69 E. 16th, 312.885.2394

Sheila Rashid
Rashid created the drop-crop harem pants that Chance the Rapper wore for the MTV red carpet earlier this year. They’re actually a steal at $300. Rashid’s website currently advertises marbled t-shirts and out-of-stock snapback caps. Like all things popular, stalking is necessary to grab the items before they sell out. Unlike the big-box stores, Rashid isn’t making 15,000 copies of everything. It’s limited. No wonder Essence magazine called her one of fashion’s next big designers.

RSVP
Virgil Abloh and Don C’s signature brick and mortar—and online—store, carries everything a person might need to create that look of modern, everyday elegance that is also Instagram and Lollapalooza yet casual Friday ready. Created in 2009, it runs off the understanding that the cool, new rich dudes don’t wear suits. They wear A.P.C. and T by Alexander Wang topped off by Off-White, which is Abloh’s own brand. They might add on a Don C. hat. Essentially, they wear the stuff Kanye wears. Abloh, also a DJ who travels the world, keeps his Chicago base stocked with the stuff that looks good all day, like say, that business trip from Chicago to the United Arab Emirates and back.
1753 N. Damen, 773.770.6666