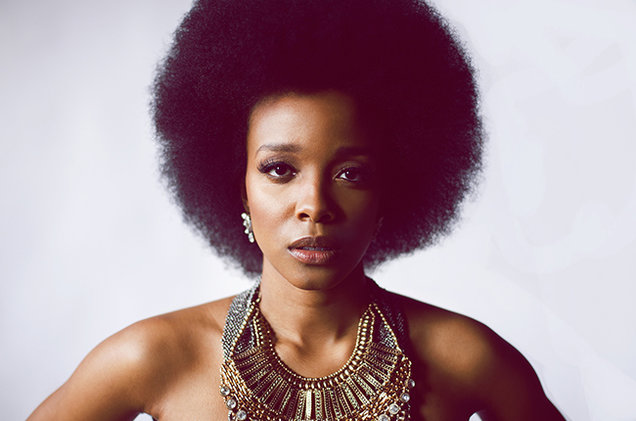 Political brawlers, documenters of a changing cityscape, poets capturing the voices and yearnings of the oppressed, novelists dreaming of a just world and calling their readers to action—Chicago writers have a long history of putting their words to work. Writers such as Upton Sinclair, Jane Addams, Gwendolyn Brooks, Studs Terkel, Carolyn Rodgers, Saul Alinsky, Carl Sandburg, Ernest Hemingway and Sandra Cisneros provoked fresh thinking about class, domesticity, feminism, violence, race, work, war, ethnicity and writing itself. Here are some of the writers who continue to empower, challenge, upend the status quo and attempt to make us better people.

Timuel Black
Timuel Black visited a Nazi concentration camp when he was a young soldier. “I made an emotional decision that when I returned from the Army, that most of the rest of my life would be spent trying to make where I live, and the bigger world, a place where all people could have peace and justice.” His three-volume “Bridges of Memory” contains interviews about black migration from the South. The educator, political activist, community leader, oral historian and philosopher has inspired subsequent generations of historians. “What I promised myself that I would try to do, particularly after World War II,” Black recalls, is “to try and make this world a better place to live, but starting at home.”

Bill Ayers
One-time fugitive and a former Citizen of the Year, Bill Ayers is still agitating for social responsibility in his latest book, “Demand the Impossible!: A Radical Manifesto,” designed for movement-makers. The social activist, scholar and Distinguished Professor of Education (retired) at the University of Illinois at Chicago has written many books about education, the needs of children, school reform and social justice, as well as two memoirs, “Fugitive Days” and “Public Enemy.” In his “Manifesto” he asks for a change from war, racism, inequality, violence and dangerous environmental policies: “What if? That humble question might be the single spark that can ignite a massive prairie fire, provoking us to leap beyond personal speculation and into the vortex of political struggle and social action.”

Kristiana Rae Colón
To her students, Kristiana Rae Colón writes, “This is for the dangerous words hiding in the pages…We will rewrite our textbooks in our own language if you dare us.” Playwright, poet, actor, educator and activist Colón writes about transformation, empowerment and the power of art in education to build social awareness. She is also artistic associate for theater company Teatro Luna, she teaches and she is assistant editor of “Muzzle.”

Jamie Kalven and Brandon Smith
“An autopsy tells a story. The genre is mystery: a narrative set in motion by a corpse,” wrote Jamie Kalven of the Invisible Institute in a story for Slate last year. In the case of Laquan McDonald, the autopsy result did not match the police report that said officers shot the black teen in self-defense. Kalven revealed CPD’s cover-up to the nation. Freelance journalist Brandon Smith sued Chicago to release the video showing the police shooting sixteen bullets into the youth. Their efforts, together with other journalists, and activists, resulted in charges made, the police chief fired and the forging of a path toward police accountability.

Alex Kotlowitz
“If I had one wish I’d wish to separate all the good from the bad and send them to another planet so they could battle it out and no innocent people would get hurt,” says a boy in “There Are No Children Here.” Alex Kotlowitz’s heartbreaking book exposed inequality in Chicago and he continues to write about the chasm. His New York Times magazine feature “Blocking the Transmission of Violence” spurred a collaboration with Steve James of Kartemquin Films. Their Emmy-winning documentary “The Interrupters” is about former gang members in the organization Ceasefire, aiming to change the epidemic of shootings. Kotlowitz followed that up with “You’re Not Alone” a short film on the impact of losing friends to urban violence and he’s now investigating the opportunity gap in public schools.

Quraysh Ali Lansana
Growing up, “words and music were sanctuary and edification” to Quraysh Ali Lansana. The discovery of hip-hop cemented his love of “word as art, artifice and artifact.” A descendant of the Black Arts Movement, Quraysh Ali Lansana has written, edited and co-edited twenty-three books of poetry, literature and pedagogy, including “The Breakbeat Poets” (with Kevin Coval and Nate Marshall), “The Walmart Republic” (with Christopher Stewart) and his new children’s book “A Gift From Greensboro.” A forthcoming book tells the story of his teacher, the poet Gwendolyn Brooks.

Haki Madhubuti
“It is the poets who run toward fear.
They are what we read,
think and speak,
fighting for greater possibilities.”
Poet and founder of Third World Press, Haki Madhubuti is one of the elder statesmen of Chicago black poetry and struggle. He was a pivotal member of the Black Arts Movement, a university professor for forty-three years, an editor, the author of thirty-some books of poetry and essays, and continues to mentor many younger writers and activists.

Marty McConnell
War is “a flag we take to the back porch to wring out quietly, before family arrives,” writes queer poet and performance artist Marty McConnell. The seven-time National Poetry Slam member and founder of Vox Ferus challenges assumptions about gender, sexuality and love, and addresses bullying and questions of identity. She advises that as much as it seems comforting to avoid trouble, it comes anyway. Confronting it brings change. McConnell writes “Discomfort is the weapon we bring to this needful table.”

Natalie Moore
Segregation is no accident. WBEZ’s South Side reporter Natalie Moore examines the historical roots of her hometown’s segregation. In her book “The South Side” she addresses current policies that maintain inequality and banking practices that devastated black homeowners and businesses during the implosion of 2008. She wants city dwellers to have a conversation about why our city remains divided and unequal in opportunity for blacks and whites.

C. Russell Price
“This world is not right / for us, / so I sit you down and work a new one” writes genderqueer poet C. Russell Price, author of “Tonight, We Fuck the Trailer Park Out of Each Other.” “I want to say poetry can do more than just be an easier form of therapy and can really make some larger difference in the world,” they say, “but let’s be real, I just want to connect to one person.”

Jamila Woods
Songwriter, poet and vocalist Jamila Woods writes “Words to make the body inside my body less invisible.” Her poems, in “The Truth About Dolls” and various literary journals and anthologies, focus on blackness, womanhood and the city. Currently heard all over the world singing with Chance the Rapper, she released her own album “Heavn” this year. Woods is currently the associate artistic director of nonprofit youth organization Young Chicago Authors, where she helps organize Louder Than A Bomb poetry festival and teaches poetry to a new generation of young people.

Zoe Zolbrod
With her memoir “The Telling,” Zoe Zolbrod becomes a change agent, sparking discussion about sexual abuse. Molested by a cousin when she was a young girl, Zolbrod focused her book on the silence that followed and the act of disclosure many years later. She includes research on abuse, the impact on children and resources to help break the silence. Zolbrod says, “I think we write what we can’t talk about.”