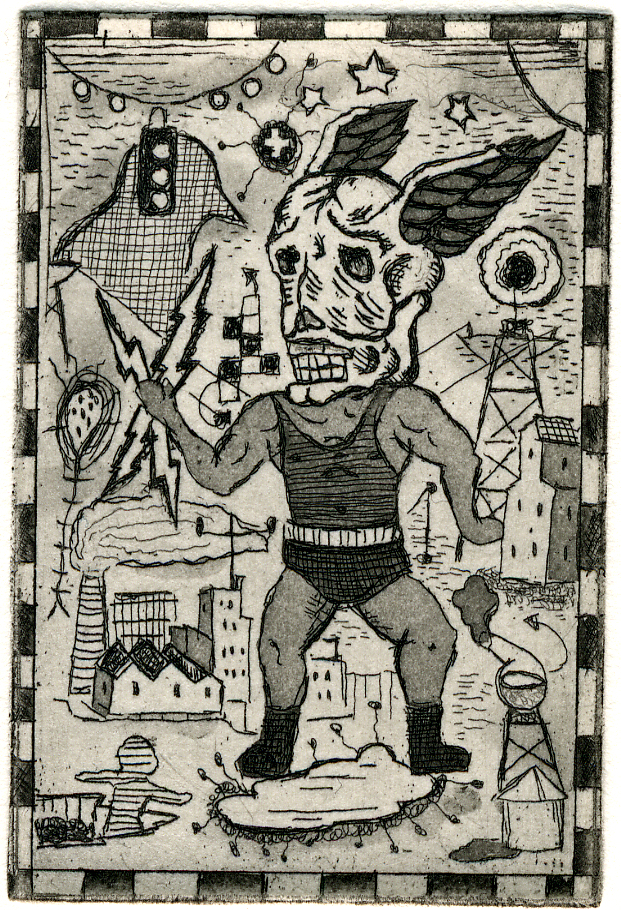 It’s like a hangover; for the past ten days I’ve watched people walking around in a daze. Those not in a daze have a spring in their step and the rictus grin of a simpleton on their face. Yeah, it happened. In a republic of millions who enjoy freedoms our parents and grandparents could only dream of, we elected a seventy-year-old adolescent who found his sanctuary and his base among the semi-literate, the bigoted, the xenophobic, the homophobic and the misogynists.

It was a Red-Letter Day for Fascists of every stripe.

Only about half of us voted, actually.

The other half didn’t vote. I actually have more respect for those who voted for Donal Trump than I do for those who didn’t bother to vote. Really, if you didn’t vote, you handed this country over to a cabal of monsters and you’re an asshole.

He has already announced some of his “cabinet” and his chief of staff—each one more loathsome and despicable than the last. Jeff Sessions, Reince Priebus, Michael Flynn. Christ. The Tang-Toned Baboon is cramming ten pounds of shit into a five-pound bag and calling it a cabinet.

It would be funny, were it not so damnably tragic—these creatures will drag us back 200 years and call it progress.

It’s time for Hillary Clinton supporters to just admit it: She was a lousy candidate. Nobody trusted her and it was very possible to loathe her and NOT be a misogynist pig. She’d have continued a policy of warfare. She’d have been very cozy with Wall Street, Big Pharma and lobbyists. She also ran a for-shit campaign—she didn’t bother to campaign in Michigan, Wisconsin and Pennsylvania nearly enough and this croaked her. She characterized white working-class voters in those states as deplorable and ceded those dissatisfied voters to Trump—he exploited it.

She never learned to smile—being married to the most natural political animal of the last hundred years didn’t help her either. She could not absorb Bill Clinton’s amazing gift for being liked… even a little.

Other people told me—actually many women—that they flat out didn’t like her. That she had an enlarged sense of entitlement. One woman told me that she was irked that Hillary Clinton seemed to assume it was “her turn.” I heard this a LOT. The minute I would mention it, those around me would accuse me of hating women. Never mind that any of us would have gladly voted for Elizabeth Warren or Jennifer Granholm.

The greatest tragedy of this campaign, for me, was the loss of Bernie Sanders as a candidate. I feel like he’d have mopped the floor with Trump and we’d have a much more optimistic future going forward. Clinton and the other Democrats undoubtedly fucked him over and cost us our best and brightest candidate. The only thing I loathe more than the Democrats for their cowardice and slimy, gutter moves is the GOP for the exact same reasons.

My feeling about the election? The only good thing was that one of these assholes lost. The WRONG one, but this is where the “lesser of two evils” trope has lead us.

You can also thank CNN, who covered every moronic utterance out of Trump’s mouth as if it were significant. As long as his rolling garbage fire of a campaign rolled on, so did theirs. Day after day of the news cycle, his little popcorn fart of a thought would dominate their airwaves.

This made me long for the days of fully staffed newspapers AND an electorate that actually read them. The shrinking of journalism in the service of “infotainment” has taken over our discourse. We elected a squinty reality TV host with a piss-colored pompadour who never even posited anything like an idea or a platform. In the darkest of ways, we got the leadership we deserved.

A bigger collection of hypocrites, opportunists and self interested media creeps does not exist.

They MADE this imbecile. A deluded billionaire who, two years ago, was a punchline at best, is now the President-elect, the next leader of the free world. Of course Fox News went his way. At some point he and right-wing babbling haircut Sean Hannity will be “spooning” in the Lincoln bedroom.

So what do we do?

Now we do it the hard way. We go to war with Trump’s vision of what this country should be.

We defend the rights of immigrants, Muslims, our LGBTQ citizens and defend, inch by bloody inch, our principles and freedoms. Not one step backward!

We recognize legit news gathering and SUPPORT it. Reject the talking-head pablum of cable news and embrace outlets like Democracy Now, PBS News and the BBC.

When you hear or overhear someone disparaging our fellow citizens and immigrants with racist and classist rhetoric, challenge it. Fight it. Do not turn our country over to the bigoted and the ignorant. Get out in the street. Make noise. Don’t take any shit. Like the founding fathers once said: We have a republic, a democracy, but only if we can keep it.

Everything you said is completely accurate. As a physician in the Chicago area, I have not seen such stress, anxiety and depression since the days following 9/11. One point worth adding: if you know any Millenials who have moaned to you because they never were able to experience the 1960’s years of protest, days of rage, etc (although I mainly remember body bags coming from Viet Nam and black children held at bay by fire hoses and German shepherds), now they can get up and do something dramatic

So much has been written about the aftermath of the election, it’s hard to wade through all the thoughtful opinion pieces. Even today this article bears a resemblance to David Remnick’s piece in the New Yorker: “An American Tragedy”. However what I especially relate to in Tony Fitzpatrick’s “Dime Stories” is the perspective of the liberal white male that would have gone to the ends of the earth for Bernie Sanders or Elizabeth Warren but disliked Clinton strongly. We warned about Trumps ability to beat Clinton since April-May. We had our friends in some cases chide us as “Bernie Bros”,… Read more »