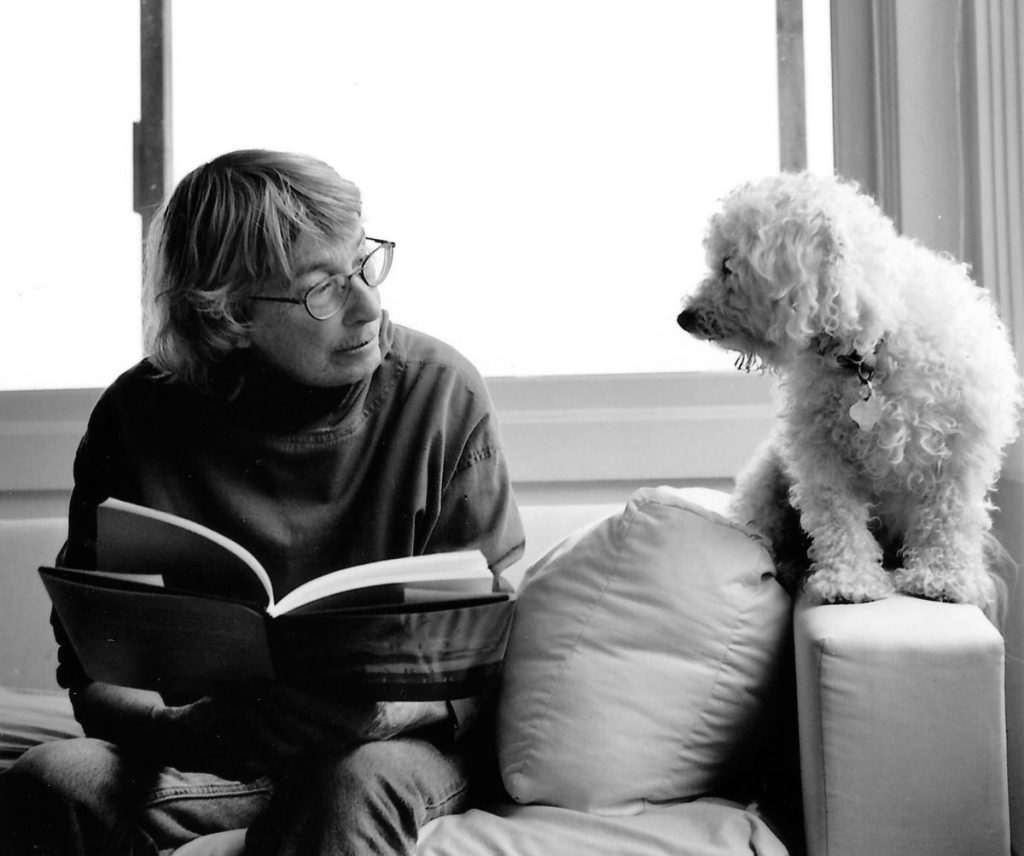 ARIES (March 21-April 19): Normally I cheer you on when you devote single-minded attention to pressing concerns, even if you become a bit obsessive. But right now, in accordance with astrological omens, I invite you to run wild and free as you sample lavish variety. It’s prime time to survey a spectrum of spicy, shiny and feisty possibilities… to entertain a host of ticklish riddles rather than to insist on prosaic answers. You have been authorized by the cosmos to fabricate your own temporary religion of playing around and messing around and fooling around.

TAURUS (April 20-May 20): Taurus poet Adrienne Rich described “an honorable human relationship” as “one in which two people have the right to use the word ‘love.'” How is that right earned? How is such a bond nurtured? Rich said it was “often terrifying to both persons involved,” because it’s “a process of refining the truths they can tell each other.” I bring this to your attention, Taurus, because you’re in a favorable phase to become an even more honorable lover, friend and ally than you already are. To take advantage of the opportunity, explore this question: How can you supercharge and purify your ability to speak and hear the truth?

GEMINI (May 21-June 20): In Goethe’s play “Faust,” the hero bemoans his lack of inner unity. Two different souls live within him, he says, and they don’t cooperate. Even worse, they each try to rule him without consulting the other. I’m guessing you’ve experienced a more manageable version of that split during the course of your life. Lately, though, it may have grown more intense and divisive. If that’s true, I think it’s a good sign. It portends the possibility that healing is in the works…that energy is building for a novel synthesis. To help make it happen, identify and celebrate what your two sides have in common.

CANCER (June 21-July 22): The poet Dick Allen described Zen Buddhism as being “so filled with paradoxes that it jumps through hoops that aren’t even there.” I’m tempted to apply this description to the way you’ve been living your life recently. While I can see how it may have entertained you to engage in such glamorous intrigue, I’m hoping you will stop. There is no longer anything to be gained by the complicated hocus-pocus. But it’s fine for you to jump through actual hoops if doing so yields concrete benefits.

LEO (July 23-Aug. 22): For decades, numerous self-help authors have claimed that humans use ten percent or less of their brain’s potential. But the truth is that our gray matter is far more active than that. The scientific evidence is now abundant. (See a summary here: tinyurl.com/mindmyths.) I hope this helps spur you to destroy any limited assumptions you might have about your own brainpower, Leo. According to my astrological analysis, you could and should become significantly smarter in the next nine months—and wiser, too!

VIRGO (Aug. 23-Sept. 22): Born under the sign of Virgo, Mary Oliver is America’s best-selling poet. She wasn’t an overnight sensation, but she did win a Pulitzer Prize when she was forty-nine. “What I loved in the beginning, I think, was mostly myself,” she confesses in one poem. “Never mind that I had to, since somebody had to. That was many years ago.” I bet that even at her current age of eighty-one, Oliver is still refining and deepening her self-love. Neither she nor you will ever be finished with this grand and grueling project. Luckily for you both, now is a time when Virgos can and should make plucky progress in the ongoing work. (P.S.: And this is an essential practice if you want to keep refining and deepening your love for others.)

LIBRA (Sept. 23-Oct. 22): Most high-quality suits worn by men are made from the wool of merino sheep raised in Australia. So says Nicholas Antongiavanni in his book “The Suit: A Machiavellian Approach to Men’s Style.” There are now more than one-hundred-million members of this breed, but they are all descendants of just two rams and four ewes from eighteenth-century Spain. How did that happen? It’s a long story. (Read about it here: tinyurl.com/merinosheep.) For the oracular purposes of this horoscope, I’ll simply say that in the next nine months you’ll also have the potential to germinate a few choice seeds that could ultimately yield enormous, enduring results. Choose well!

SCORPIO (Oct. 23-Nov. 21): Five of my Scorpio acquaintances and seventeen of my Scorpio readers have let me know that they’re actively seeking to make new alliances and strengthen their existing alliances. Does this mean that Scorpios everywhere are engaged in similar quests? I hope so. I would love to see you expand your network of like-minded souls. I would love for you to be ardent about recruiting more help and support. Happily, the current astrological omens favor such efforts. Hot tip: For best results, be receptive, inviting and forthright.

SAGITTARIUS (Nov. 22-Dec. 21): “The awesome splendor of the universe is much easier to deal with if you think of it as a series of small chunks,” wrote novelist Terry Pratchett. That’s true enough, but I’ll add a caveat: Now and then the trickle of small chunks of awesome splendor gives way to a surge of really big chunks. According to my astrological analysis, that’s either already happening for you, or else is about to happen. Can you handle it? I’m sure you’ve noticed that some people are unskilled at welcoming such glory; they prefer to keep their lives tidy and tiny. They may even get stressed out by their good fortune. I trust you’re not one of these fainthearted souls. I hope you will summon the grace you’ll need to make spirited use of the onslaught of magnificence.

CAPRICORN (Dec. 22-Jan. 19): In his book “The Dictionary of Obscure Sorrows,” John Koenig coins words to describe previously unnamed feelings. I suspect you may have experienced a few of them recently. One is “monachopsis,” defined as “the subtle but persistent feeling of being out of place.” Then there’s “altschmerz,” meaning “weariness with the same old issues you’ve always had.” Another obscure sorrow you might recognize is “nodus tollens,” or “the realization that the plot of your life doesn’t make sense anymore.” Now I’ll tell you two of Koenig’s more uplifting terms, which I bet you’ll feel as you claw your way free of the morass. First, there’s “liberosis”: caring less about unimportant things; relaxing your grip so you can hold your life loosely and playfully. Second, there’s “flashover,” that moment when conversations become “real and alive, which occurs when a spark of trust shorts out the delicate circuits you keep insulated under layers of irony.”

AQUARIUS (Jan. 20-Feb. 18): In 1983, two Australian blokes launched a quest to tip a drink at every pub in Melbourne. Thirty-two years later, Mick Stevens and Stuart McArthur finally accomplished their goal when they sipped beers at The Clyde. It was the 476th establishment on their list. The coming weeks will be a highly favorable time to plan an epic adventure of your own, Aquarius. I hope and pray, though, that you will make it more sacred and meaningful than Stevens’ and McArthur’s trivial mission.

PISCES (Feb. 19-March 20): For three seasons of the year—spring, summer and fall—a certain weasel species has brown fur. During that time, it’s known as a stoat. When winter arrives, the creature’s coat turns to white. Its name changes, too. We call it an ermine. The next spring, it once again becomes a stoat. Given the nature of the astrological omens, Pisces, I think it would make poetic sense for you to borrow this strategy. What would you like your nickname to be during the next three months? Here are a few suggestions: Sweet Sorcerer; Secret Freedom-Seeker; Lost-and-Found Specialist; Mystery Maker; Resurrector.

Homework: Imagine it’s many years from now. As you look back on your life, what adventure do you regret not trying? [email protected]