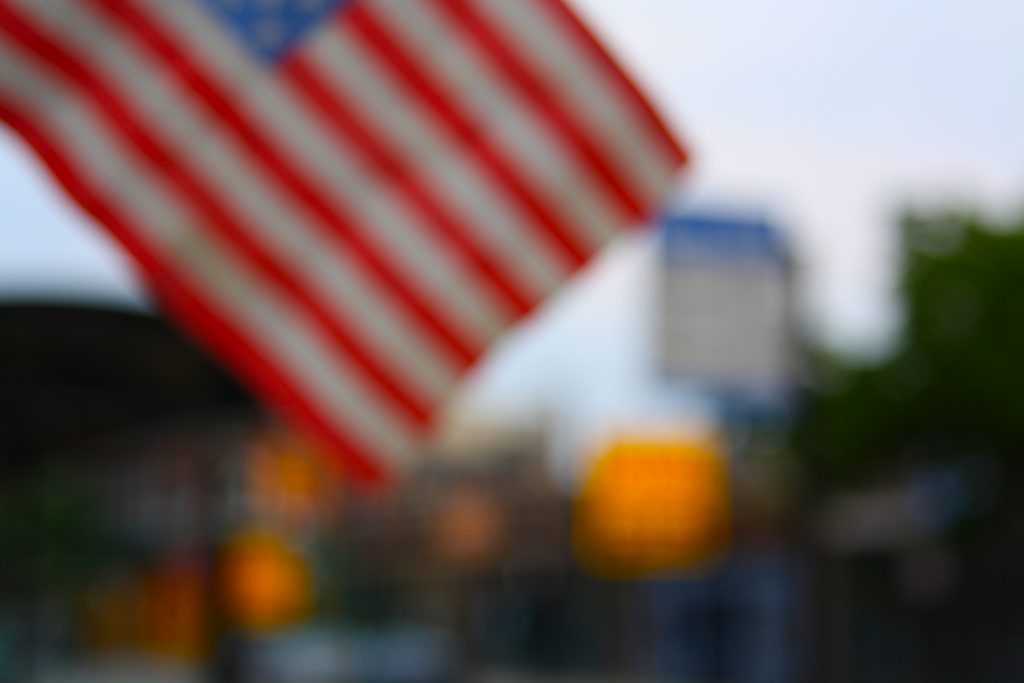 Immigration
One of the most alarming aspects of Donald Trump’s presidential campaign was its brazen immigrant-bashing. Mexicans and Muslims came in for special ire; he vowed to build a border wall to keep out the former and establish a registry for the latter. This was red meat for his rally audiences, certainly; but given the unlikelihood that he’ll be able to do anything for his base economically, it seems a fair bet that he’ll keep it invigorated by following through with his persecution of the foreign-born (at least the brown ones). Chicago has officially been a sanctuary city since 1985, but it’s never had to live up to the distinction; the time may soon be coming when we have to walk the walk as well as talk the talk. It’s not a scenario without risk; Trump—an extremely vindictive man—has vowed to withhold federal funds from sanctuary cities, which could cost Chicago billion of dollars in 2017. But the alternative is to cooperate with a nativist, nationwide, ongoing Kristallnacht. Chicago progressives can’t allow ourselves to be caught napping; we need to figure out now how we’d provide this maddeningly broad concept of “sanctuary.” It’s been so long since something like this was an actual necessity in America, we have to look back to the Underground Railroad of the Civil War. But in postmillennial America, it seems certain that any sanctuary movement would be digital in nature—conducted through social media and smartphone apps (what irony should the programming of a hookup site like Grindr be adapted to connect Muslims with safe houses). Additionally, churches—from whom the whole concept of sanctuary derives—can be called into partnership; it’s about time they reclaimed their role as vital components of civic life. Any sanctuary system or network would have to stay several steps ahead of federal agencies; and we’d have to get used to the idea of total strangers with accents piling up on our leftover college futons. But with an undocumented population of perhaps as high as 300,000, the human cost is potentially too great for us to stand aside. If Trump makes this the centerpiece of his agenda, we should make it the centerpiece of ours.

Civil rights
Trump’s ascendancy has provided some serious ammo for the GOP’s war on women, as witness this month’s Ohio bill banning abortions after a month and a half. The full repeal of Roe v. Wade is now so close they can smell it, and given the decades they’ve been champing at the bit to reverse the decision, it’s likely to be a high priority for them. And while they’re waiting for the required Supreme Court vacancies to open up (eat your goddamn Wheaties, Notorious R.B.G.), they’ll be allowing states increasing Ohio-like latitude. Similarly, Trump’s choice of Mike Pence as his veep and Steve Bannon as his chief strategist sends a pretty clear signal that the rights and liberties of LGBTs, Muslims, Jews and people of color will likely soon be in the crosshairs. Chicago progressives can fight back by extending the concept of sanctuary—discussed above—to the native-born persecuted, from trans teens to ethnic minorities; ideally we’d be a destination for the oppressed from the red states that surround us, and beyond. I see Chicago embracing, encouraging and promoting our existing reputation as a beacon of diversity, and by shoring up our local civil rights advocacy organizations like (but not limited to) Planned Parenthood and the ACLU—not merely through regular donations and fundraising (though those are important) but by participation as active members—i.e., by being there in the flesh, at meetings and rallies, taking on the footwork and face time required to win hearts and minds. We can, and should, also swell the ranks of activist organizations like Black Lives Matter and NOW. All will prove invaluable allies in what might well become an onslaught of federal challenges to decades of civil rights gains.

Climate change
The outlook here is flat-out terrible. The canaries in the coal mine keeled over just after the millennium, and while the rest of the world is scrambling to slow and eventually halt the acceleration of global warming, Trump and his science-denying cronies are actually pursuing policies that would ramp it up. The President-elect has vowed to withdraw the United States from the 2015 Paris Agreement on climate change, whose aim is to limit greenhouse gas emissions; he has also, in a move that would border on self-parody if it weren’t so inherently tragic, appointed Scott Pruitt, the Oklahoma attorney general and fossil-fuel industry lackey, to head the EPA. This is what’s called leaving the fox to guard the hen house. It’s perhaps frustrating to tackle a global-scale problem with municipal-sized resources, but lateral thinking may help here; for example, Chicago might offer tax breaks to corporations, institutions and foundations that actively engage in renewable-energy or sustainable-anything research. We might even persuade Fortune 500 companies to award annual prizes to individuals or groups who achieve significant advances in these arenas. Establishing Chicago as a premier climate-change R&D laboratory will encourage the best minds in related fields to come here; and that will boost our chances of having ideas, resources and solutions to offer when the inevitable happens, and Trump’s supporters realize that no matter what their candidate promised, those coal jobs aren’t coming back. New jobs in new clean-energy fields might help take away the sting of that betrayal, and ideally win some converts along the way. And while shifting into futurist mode, we can concurrently take what punitive steps are possible as well. Seizing on that most holy of Republican sacred cows, states’ rights, we might partner with Democrats in Springfield to establish our own climate task force and empower it to fine, sue or even expel malefactors from the state.

Healthcare
Republican lawmakers are already sharpening their knives to finally dismember the Affordable Care Act—this despite the more than sixteen-million enrollees who would risk going back to being uninsured with the act’s demise, and despite the hospital industry itself warning that repeal would trigger an “unprecedented public health crisis.” Clearly ideology trumps human welfare. Our best hope here might, again, be the Republican veneration of state rights; could the Illinois health exchange continue to operate independently, if the ACA is nullified at the federal level? If the answer is yes, we’d have to figure out how; and we’d also have to factor in whether our Republican governor could be persuaded to keep his hands off it. (See below for more thoughts on that problem.) As with climate change, we could also promote more creative, less linear thinking here, and in the process establish Chicago as a laboratory for healthcare solutions. For instance: one of the untouchables in the current debate is health benefits through employer programs. In nearly every business, from mom-and-pop shops to global megacorps, an employee’s benefits cover her spouse and children. What if that extended further—to siblings, parents, cousins? Similarly, employees without spouses or children might press for the right to add a fixed number of individuals to their policies, on the principle that this gives them parity with their colleagues. Employers would almost certainly resist but, once again, might be persuaded by incentives—tax breaks, real estate rebates, and the like. If the goal is to find coverage for those who don’t have it, why not add them to the system that already works, instead of waging intra-party warfare over a new one? This is just one idea; there are certainly many others, and in the coming year, Chicago’s progressives should begin to encourage and explore them.

Midterms
The next round of elections offers us our first real chance to regain some ground in this turf war for the future (if not the fate) of civilization. As Chicagoans, we have one principal goal in 2018: to lead the rest of the state in taking back the governorship. Nate Silver, whose track record on these matters is pretty freaking accurate even when we loathe him for it, encourages Democrats to focus on governorships, but says we can’t count on an unpopular President Trump to make this an easy task. It’s also vital that Democrats take back the Senate; but with two Democrats already seated for the foreseeable future, Illinois is pretty much sidelined in that fight, except for offering resources and ideas to our compatriots in battleground states. And we mustn’t neglect state legislature races either, especially given the advantage the GOP has provided itself by its obscene gerrymandering of districts like Illinois’ fourth and seventeenth (the former of which is drawn to enclose much of the city and its environs in a shape resembling an anal cavity—and yes, I could find a more felicitous image, but probably not a more apt one). But we shouldn’t focus solely on combat. We’ve also got to alter the way we conduct our political lives—to emerge from the echo-chambers we’ve built for ourselves (on both the left and the right). We’ve just had compelling, in fact devastating, evidence that conducting our discourse solely within a social-media bubble doesn’t strengthen our convictions; it neutralizes them. To succeed in 2018, we need to engage with our fellow citizens on the opposite side of the barricade—we need to listen, and respond, and relearn the art of compromise. After all, that’s what gave us the America we love—the America we’re on the brink of losing. It may periodically change hands between two ideologically opposed political parties, but the country itself is a blend of both; we have a federally funded post office and municipally run police departments—yet we’ve got private-sector telecommunications companies and insurance agencies. That’s America’s scandalous little secret: the free market and socialism are illicit lovers here, working in tandem for the benefit of both—but with the blinds down, so no one sees. The headlong rush to establish an ideologically pure state is a lemming-like lunge for national suicide. Many won’t want to acknowledge it, but progressivism needs to be tempered by pragmatism, and by respect for differing opinions. Beyond those listed above, there are many areas of critical concern: public education, police brutality, income inequality, the gun culture, net neutrality, nuclear proliferation. But contending over these will be less lethal to our civic welfare if we can also acknowledge a common ground. Surely there are things every Chicagoan wants: a good job, financial security, the freedom to express herself in whatever way inspires her, and a safety net to catch her in case of calamity. Who’s got the best ideas for achieving these ideals?…Let the dialogue begin anew.