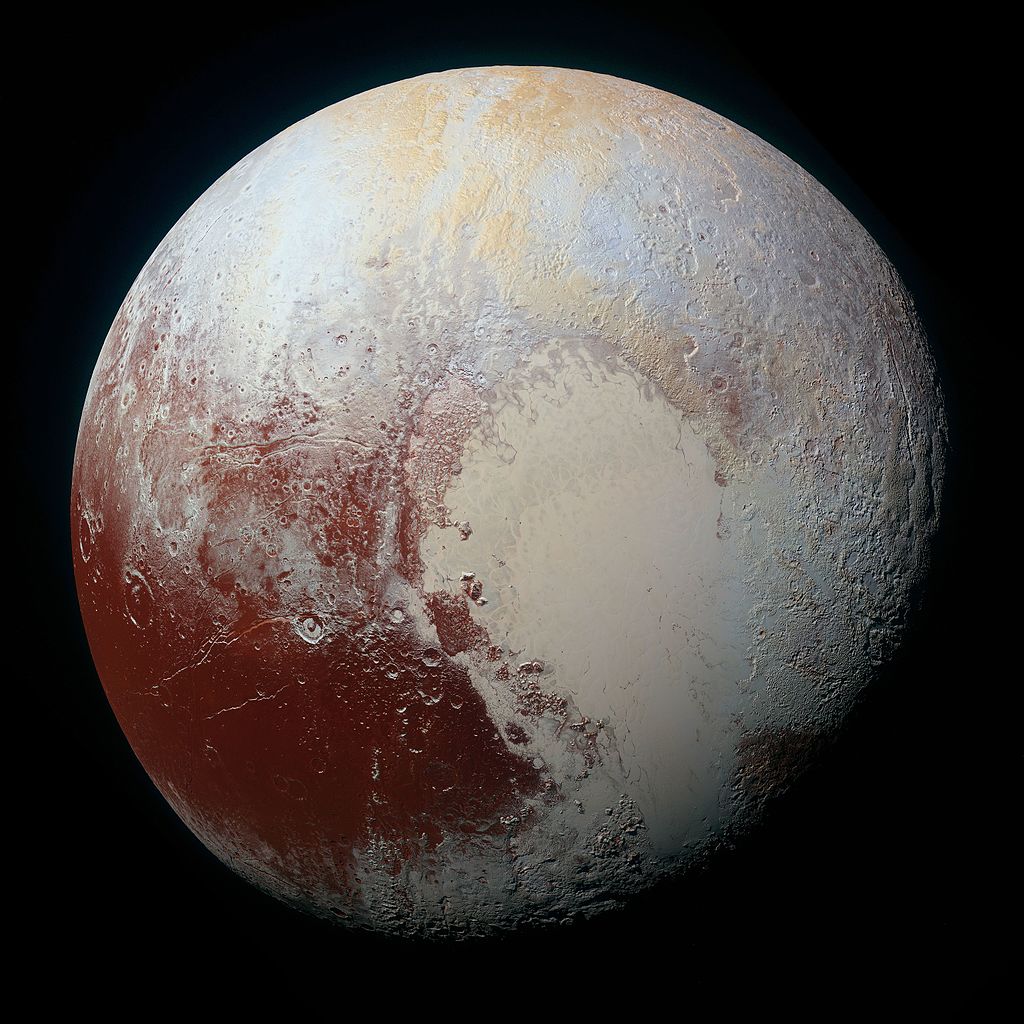 ARIES (March 21-April 19): Are you more attracted to honing group dynamics or liberating group dynamics? Do you have more aptitude as a director who organizes people or as a sparkplug who inspires people? Would you rather be a chief executive officer or a chief imagination officer? Questions like these will be fertile for you to meditate on in the coming weeks. The astrological omens suggest it’s time to explore and activate more of your potential as a leader or catalyst.

TAURUS (April 20-May 20): An eccentric Frenchman named Laurent Aigon grew up near an airport, and always daydreamed of becoming a commercial pilot. Sadly, he didn’t do well enough in school to fulfill his wish. Yet he was smart and ambitious enough to accomplish the next best thing: assembling a realistic version of a Boeing 737 cockpit in his home. With the help of Google, he gathered the information he needed, and ordered most of the necessary parts over the Internet. The resulting masterpiece has enabled him to replicate the experiences of being a pilot. It’s such a convincing copy that he has been sought as a consultant by organizations that specialize in aircraft maintenance. I suggest you attempt a comparable feat, Taurus: creating a simulated version of what you want. I bet it will eventually lead you to the real thing.

GEMINI (May 21-June 20): The weather may be inclement where you live, so you may be resistant to my counsel. But I must tell you the meanings of the planetary omens as I understand them, and not fret about whether you’ll act on them. Here’s my prescription, lifted from Henry David Thoreau’s “Walden”: “We need the tonic of wildness, to wade sometimes in marshes where the bittern and the meadow-hen lurk, and hear the booming of the snipe; to smell the whispering sedge where only some wilder and more solitary fowl builds her nest, and the mink crawls with its belly close to the ground.” And why does Thoreau say we need such experiences? “We must be refreshed by the sight of inexhaustible vigor, to witness our own limits transgressed.”

CANCER (June 21-July 22): Welcome to the most deliciously enigmatic, sensually mysterious phase of your astrological cycle. To provide you with the proper non-rational guidance, I have stolen scraps of dusky advice from the poet Dansk Javlarna (danskjavlarna.tumblr.com). Please read between the lines: 1. Navigate the ocean that roars within the seashell. 2. Carry the key, even if the lock has been temporarily lost. 3. Search through the deepest shadows for the bright light that cast them. 4. Delve into the unfathomable in wordless awe of the inexplicable.

LEO (July 23-Aug. 22): What exactly would a bolt of lightning taste like? I mean, if you could somehow manage to roll it around in your mouth without having to endure the white-hot shock. There’s a booze manufacturer that claims to provide this sensation. The company known as Oddka has created “Electricity Vodka,” hard liquor with an extra fizzy jolt. But if any sign of the zodiac could safely approximate eating a streak of lightning without the help of Electricity Vodka, it would be you Leos. These days you have a special talent for absorbing and enjoying and integrating fiery inspiration.

VIRGO (Aug. 23-Sept. 22): Eighteenth-century painter Joshua Reynolds said that a “disposition to abstractions, to generalizing and classification, is the great glory of the human mind.” To that lofty sentiment, his fellow artist William Blake responded, “To generalize is to be an idiot; to particularize is the alone distinction of merit.” So I may be an idiot when I make the following generalization, but I think I’m right: In the coming weeks, it will be in your best interests to rely on crafty generalizations to guide your decisions. Getting bogged down in details at the expense of the big picture—missing the forest for the trees—is a potential pitfall that you can and should avoid.

LIBRA (Sept. 23-Oct. 22): Czech writer Bohumil Hrabal penned the novel “Dancing Lessons for the Advanced in Age.” It consists of one sentence. But it’s a long, rambling sentence—117 pages’ worth. It streams from the mouth of the narrator, who is an older man bent on telling all the big stories of his life. If there were ever to come a time when you, too, would have cosmic permission and a poetic license to deliver a one-sentence, 117-page soliloquy, Libra, it would be in the coming weeks. Reveal your truths! Break through your inhibitions! Celebrate your epic tales! (P.S.: Show this horoscope to the people you’d like as your listeners.)

SCORPIO (Oct. 23-Nov. 21): When Pluto was discovered in 1930, astronomers called it the ninth planet. But seventy-six years later, they changed their mind. In accordance with shifting definitions, they demoted Pluto to the status of a mere “dwarf planet.” But in recent years, two renowned astronomers at Caltech have found convincing evidence for a new ninth planet. Konstantin Batygin and Michael E. Brown are tracking an object that is much larger than Earth. Its orbit is so far beyond Neptune’s that it takes 15,000 years to circle the sun. As yet it doesn’t have an official name, but Batygin and Brown informally refer to it as “Phattie.” I bring this to your attention, Scorpio, because I suspect that you, too, are on the verge of locating a monumental new addition to your universe.

SAGITTARIUS (Nov. 22-Dec. 21): The tomato and potato are both nightshades, a family of flowering plants. Taking advantage of this commonality, botanists have used the technique of grafting to produce a pomato plant. Its roots yield potatoes, while its vines grow cherry tomatoes. Now would be a good time for you to experiment with a metaphorically similar creation, Sagittarius. Can you think of how you might generate two useful influences from a single source?

CAPRICORN (Dec. 22-Jan. 19): Some guy I don’t know keeps sending me emails about great job opportunities he thinks I’d like to apply for: a technical writer for a solar energy company, for example, and a social media intern for a business that offers travel programs. His messages are not spam. The gigs are legitimate. And yet I’m not in the least interested. I already have several jobs I enjoy, like writing these horoscopes. I suspect that you, too, may receive worthy but ultimately irrelevant invitations in the coming days, Capricorn. My advice: If you remain faithful to your true needs and desires, more apropos offers will eventually flow your way.

AQUARIUS (Jan. 20-Feb. 18): The word “naysayer” describes a person who’s addicted to expressing negativity. A “yeasayer,” on the other hand, is a person who is prone to expressing optimism. According to my assessment of the astrological omens, you can and should be a creative yeasayer in the coming days—both for the sake of your own well-being and that of everyone whose life you touch. For inspiration, study Upton Sinclair’s passage about Beethoven: He was “the defier of fate, the great yea-sayer.” His music is “like the wind running over a meadow of flowers, superlative happiness infinitely multiplied.”

PISCES (Feb. 19-March 20): If I’m feeling prosaic, I might refer to a group of flamingos as a flock. But one of the more colorful and equally correct terms is a “flamboyance” of flamingos. Similarly, a bunch of pretty insects with clubbed antennae and big fluttery wings may be called a kaleidoscope of butterflies. The collective noun for zebras can be a dazzle, for pheasants a bouquet, for larks an exaltation, and for finches a charm. In accordance with current astrological omens, I’m borrowing these nouns to describe members of your tribe. A flamboyance or kaleidoscope of Pisceans? Yes! A dazzle or bouquet or exaltation or charm of Pisceans? Yes! All of the above.

What part of yourself are you scared of? Is it time to give that part a peace offering? Testify at Freewillastrology.com.