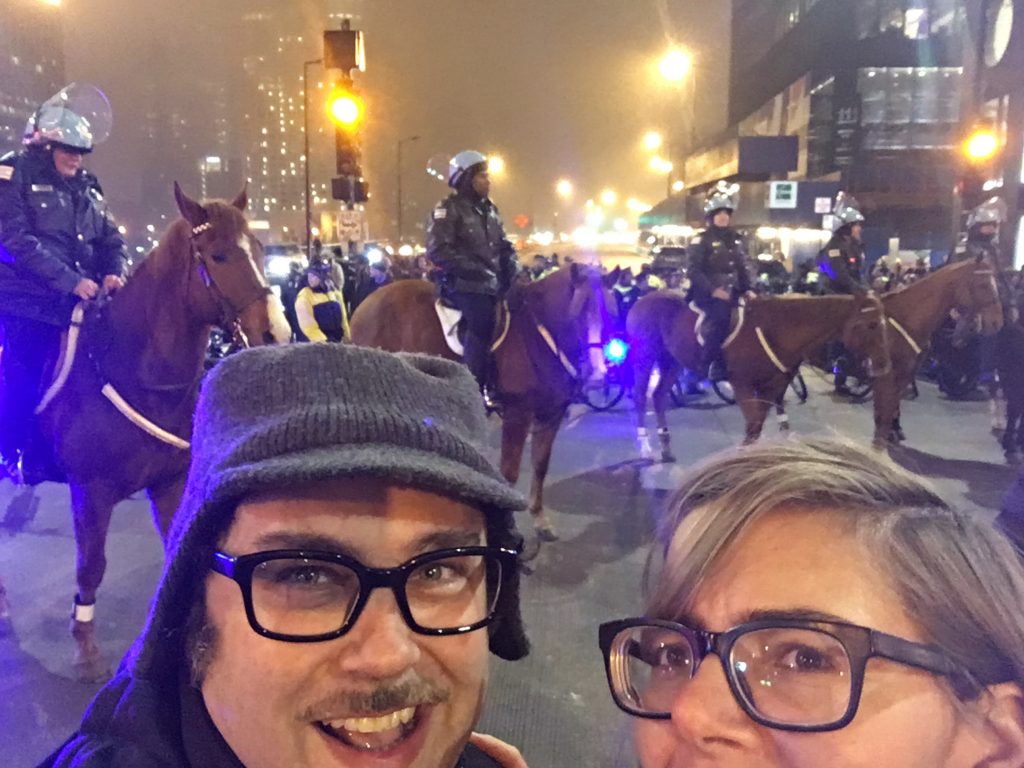 “Oh, so you’re complicated. Congratulations,” she writes me back on Tinder. What? I think. I hadn’t scared her off. I wasn’t trying to, I was just figuring that nobody’d be willing to have a first date at some stranger’s house. But I’m poor, can’t-afford-to-drink-in-bars-poor and usually it’s a hookup anyway. Her profile photo is a painting, of her, in a tropical spot somewhere, in a wide-brim hat. Huge, knowing smile.

I’d actually signed off from Tinder, OKCupid, all the usual dating sites. I’d just had enough, decided to invest the time in myself, in writing, things I care about, for me. Before, I’d committed so much of myself so deeply to others, to relationships and causes that failed me time and again. And I liked to fail large-scale. I’d committed myself to a career in the art market, both to make the money to support my newborn child, the marriage that had produced him, and to try and change the world with art, because if any industry would be open to change, it’s the community of dreamers populating the art world, right? The art world’s commodity market, it turns out, is just like any other commodity market, just with less regulations, less rules.

At first, I was pretty wildly successful, starting up and running art fairs, and my deep dive into the art market seemed to pay off. I was able to hire my artist friends and give them flexible schedules to work on their stuff. Room to fail, experiment. I was young and enjoying modest wealth. Traveling the world. Having fun. I remember the first time I went to the ATM to check my balance and the little digital printout had a figure on it upwards of two million dollars. The numbers just felt…validating. It was absolutely the wrong metric, but I still felt like I’d made it, finally. I was maybe in my mid-thirties, and thought, this will give me some power to change a thing or two. Then there was the crash of ’09, and my business never really recovered. I kept paying too-high salaries too long, unwilling to throw my friends with houses and new babies off the payroll. The wealth dried up. Fast. I tried smaller events, but the art market isn’t a place you go in without your own capital, it’s too small a market and the players with actual capital simply compete you out. Not only that but, to my surprise, the vast majority of artists I came in contact with over the years were too perfectly satisfied with the existing art world system. Why dream of and advocate for some other reality when you could potentially still score a gallery, a museum show? Become accepted into the pantheon of great art historical figures? Make it big?

Self-interest, everywhere, all the time. It took awhile, but eventually I chose to walk away from it all, decisively. The kinds of big structural changes I was looking for and hoping to facilitate, I’d come to realize, don’t happen in a decade or a lifetime, they happen over a century or even centuries. Worse, I’d just decided the world of people doesn’t change, not really. Not in any deep, really profound way. It was depressing to realize the depth of the social controls in place to direct self-interest, like water in a channel. With the stressors of my career and role as breadwinner on the wane, my ten-year marriage also began to fade (for that and a panoply of other reasons), and I started to self-medicate, predictably, with drugs and alcohol. They almost killed me, and then my depression almost killed me. Then, when they didn’t, I almost killed me, helped along by a few abusive relationships, and ended up held by court order in a psychiatric unit.

There’s something about involuntarily losing your freedom that helps you square off with yourself. That is, I decided I was going to stop committing to the relationships and causes except for the good and healthy ones, particularly with myself. Disappointing as the world is, I was done blaming myself for my failures in it, waiting for salvation in the form of a new idea or some new score, and decided to save myself, that what the failures had shown me was the world’s limits—the organizing principles of self-interest that were almost an invisible outline of boundaries and conventions I could react to, and against. I decided to choose the ways in which to selectively engage with that limited world, change it where I can and avoid its belligerent intransigence where I can’t. It’s an insight recorded by de Tocqueville so long ago that our society, institutions and people cycle between democracy and a soft despotism that causes us to lapse into states of anomie, of periods and instances where certain values override the norms that should matter to thoughtful people about the well-being of themselves and others. When the categorical imperative fails. That’s certainly the case of today’s socio-political reality. 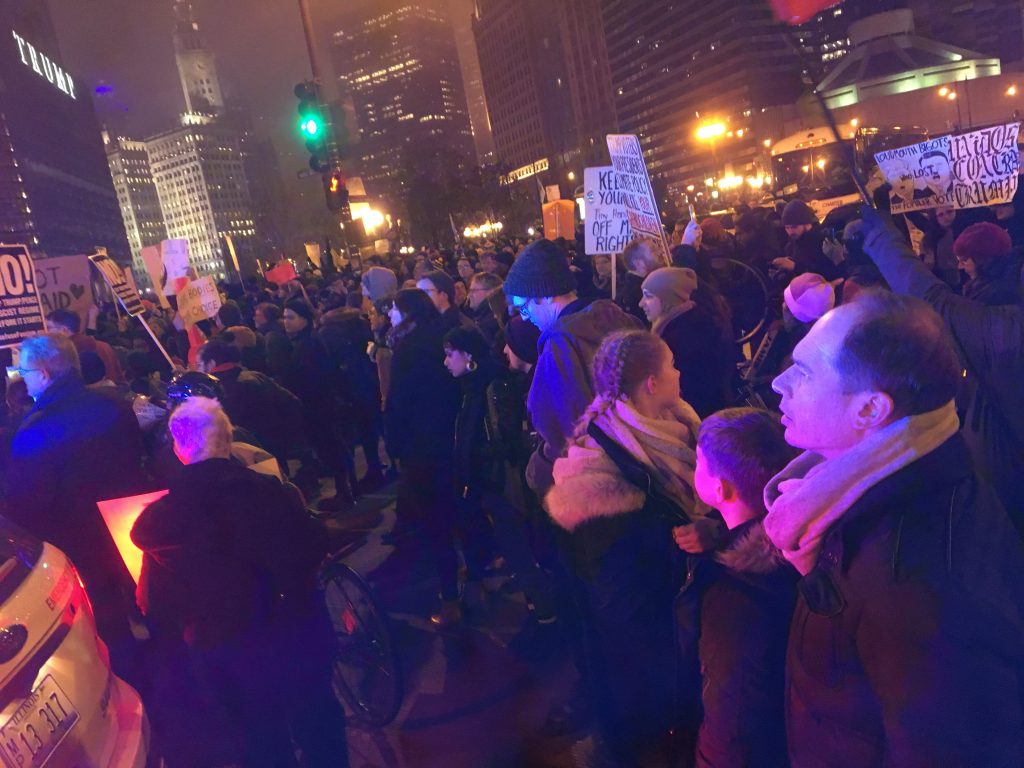 And so it is, near the anniversary of our first year together, Noomi (not her real name) and I are out to march in protest of this country’s election of an oligarchic narcissist who stands for the opposite of everything that’s fine and noble about this country. Much like the notion of religious conversion, the provisions of our social contract provide that the many of “we the people” become one society through the necessities of justice, of freedom and the ideals enshrined in our ability to govern ourselves fairly because we love whom it is we know we can become. Standing in the crowd that night near the river at Wacker and Wabash, she wades through the sea of others to the sound of a small circle of men hoisting tubas, playing the Imperial March. I see her instinctively, gray hair shining in the light, smiling, and know I love her. It’s then—get this—that one of my ex-wife’s friends, whom I’ve never met, snaps a photo of us in the crowd that night that my ex-wife sees and sends to me in a text message. My past speaking to my future, inextricably intertwined, the promise of the new and the impossibility of love in such a time and in such a place, amidst the woe and misery of a hoped-for change that may never come. But it’s okay, because we know someday it will, and somehow, this hope, born out of indissoluble conscience, will have helped make it happen.