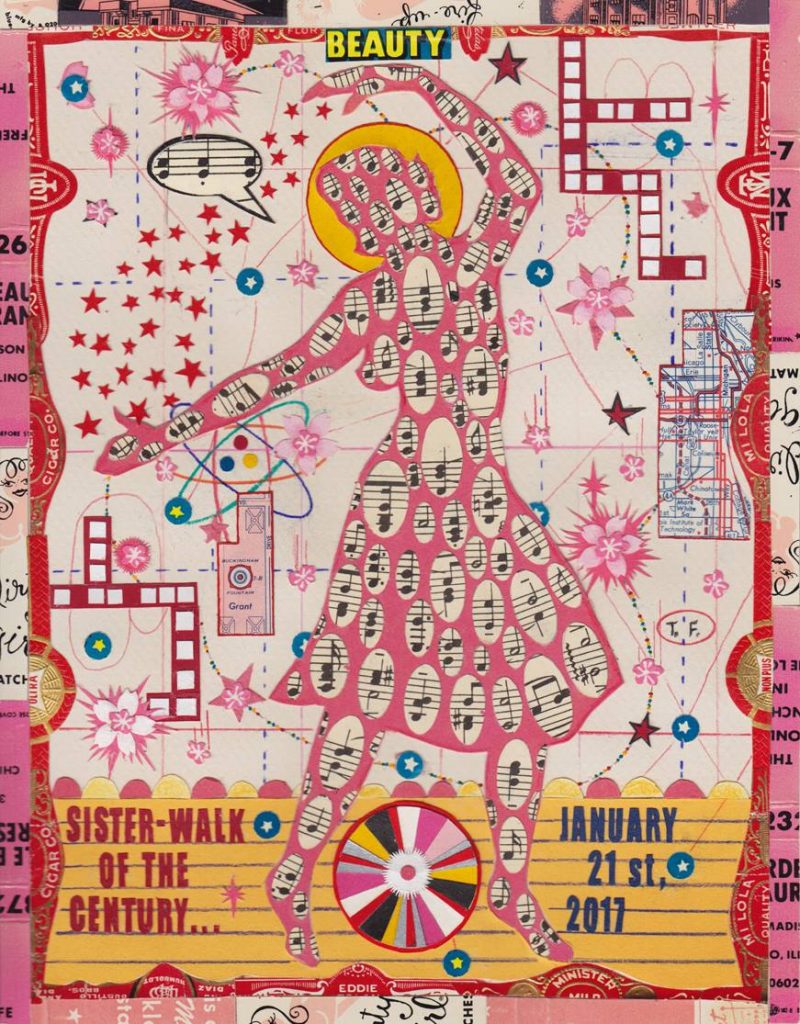 Sometimes you need to get out of Chicago to get a better look at it. I’ve spent the last couple of weeks in Italy—Rome and Florence to be exact—and in those couple of weeks, I’ve had a lot of time to think about our town.

There is a lot we could do differently. This whole trip I’ve been fascinated by the culture of piazzas—they’re a little like parks in the city—little public squares or spaces where people from the neighborhood get together, have a drink, burn some herb and eat gelato with their dogs. It’s all way civilized—people talk, flirt, laugh and enjoy the great assets that are their fellow citizens. Carl Sandburg would have loved piazzas. They are not the kind of tourist la-la thing that “Cloud Gate” is (okay…”The Bean”). Because they are all over each city, and none is dependent on an admission price, they are public places where people talk, eat, smoke, drink and gather—and, on occasion, watch soccer together—and I’ve never seen any trouble. It is truly the public square. This might be a nice addition to Chicago’s many neighborhoods; seeing that some neighborhoods have access to pubic gathering spots—some do not—some are haunted by guns and violence and are inadequately policed.

We’ve been in better shape. As I write this, the horror of gun violence goes on unabated—the murder rate is even more accelerated than it was last year–a few of the cops I’ve talked to are apprehensive to actually do their jobs in light of the mistrust and prevalence of body-cams and iPhone cams. In an odd way, these iPhone videos are the best thing to have happened to the Chicago Police Department. It shows how trenchant and badly people have been “served and protected” in our city. The rot is deep and CPD needs a complete overhaul. The officers over forty need to go and there has to be a tidal, institutional, foundational shift in the CPD.

This job is not going to get easier with the activism that has been necessarily awakened in Chicago and America since Tangerine Mussolini took office. People are out in the streets. For the first time since the late 1960s Chicago has decided to push back—against Rahm, against Trump, against the institutional racism that never went away, but was only practiced in code, inference and veiled reference.

Then Trump happened. As I write this from Florence, he and the greasy bucketful of parasites that comprise his cabinet are scrambling for cover, and it looks as if the whole house of mutants might just shit the bed. Michael Flynn lying about playing footsie with the Russians: OUT. Andrew Puzder dogged by a history of domestic abuse charges: OUT. It is a good day for the National Security Agency and the Department of Labor, as well as the nation, that these two mutts stepped on their own nuts, not thirty days into the job. Arriverderci dip-shits.

The most salient thing to emerge out of this turmoil and calamity is the awakening of us as a body politic—as artists, musicians, writers, dancers, actors, poets and journalists. The stakes are bigger and they are tethered to a moral imperative that asks of us: Who are we as artists, as a people and a nation? And what example can our creative energies and vision set in a troubled world? What is the best way to embrace these responsibilities and move our culture forward?

As artists, how do we make a better world?

Less than a month ago, women by the millions worldwide went out and marched. It was peaceful, inspiring and as forceful as the parting of an ocean. Something tidal in our culture took hold that day and it was thrilling to watch: my wife, my sisters, the young women who work in my studio. Mothers, sisters, wives, daughters: in one bold stroke, they changed the way the world would be allowed to define them and they did it with nonviolence, solidarity and great hope.

Into this troubled city and nation comes Newcity, the now-monthly magazine. This isn’t new for us: when we started, the country and the city were still reeling in the Reagan years, the stonewalling of Mayor Harold Washington, AIDS, the crack epidemic, as well as the economic displacement of whole cultures across America. We will continue to do what we did then: present what is good about being alive and being a Chicagoan. We will shine a light on and celebrate the arts because art celebrates life, no matter the circumstance.

This is the right move for Newcity. Back when Brian and Jan and a whole generation of cultural observers and witnesses started this enterprise, our paper was regarded as the “alternative press,” which sounds damn-near quaint and wholly necessary in light of the government trotting out its “alternative facts.” The temptation to reclaim these ideas is pretty tantalizing but then, so is the temptation to grow bigger and bolder in the face of such idiocy.

The Reader has been folded into the Sun-Times. Time Out is mostly only online. Our own online presence, which predates these others, became a big component of how we moved forward, grew, flourished, made a feature film and emboldened us to publish monthly in a bigger and better new format (on glossy paper with fancy-ass perfume ads). It is exciting to watch this ink-on-newsprint paper become a full-on monthly magazine and Chicago needs this. Back when we started, there were three Chicago monthly magazines and somehow none of them ever adequately covered the arts with the voraciousness Newcity does.

We won’t change this—theater, visual art, poetry, novels, film, dance—this is still the red meat of our coverage. These are still the grace-notes that hold this city together, define us as Chicagoans and endure long after the newsprint is gone. Goodbye Newcity, the paper. Hello Newcity the monthly magazine!

Please join us, for this reason that I saw on a wall one time: All passes. Art alone endures.