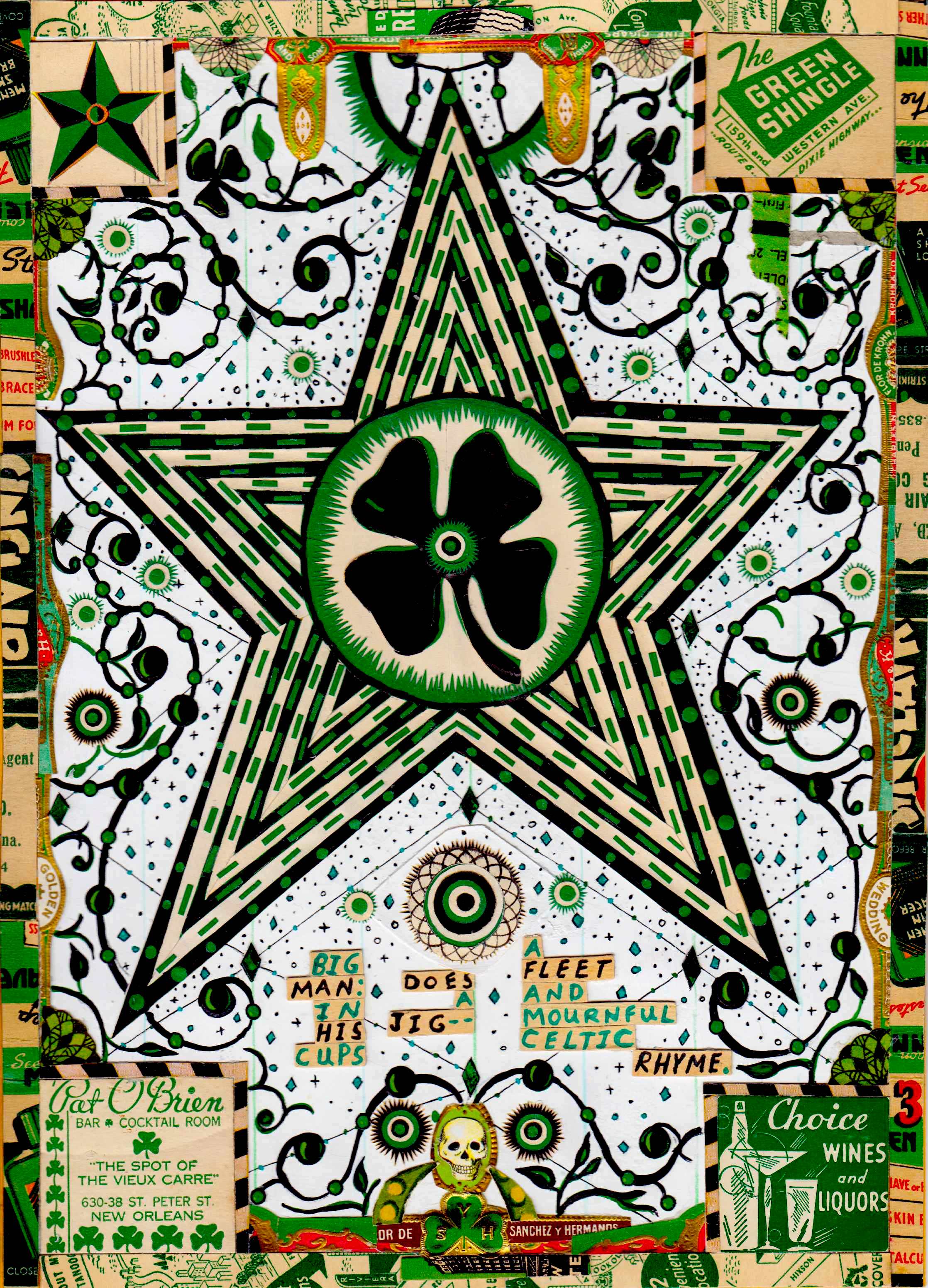 “Life’s good—and not fair at all”
—Lou Reed

The first thing I noticed was his T-shirt, a Pogues tee, black with a cool green design and the words “The Pogues: Rum, Sodomy & the Lash.” I told him it was the coolest T-shirt I had ever seen. Donnie Kruse replied :”I’ll snag you one, you can’t get them here in the States.” He had a crooked mischievous smile and a twinkle in his eye, as if he were preparing or had just heard a good joke. He was that guy, and if you had him for a friend, you never had a better friend. He was the guy who showed up. He was the person who was happy for your every success and despaired of your every loss.

Donnie was the human laminate—I never met a man more welcome, everywhere he went, than him. It didn’t matter where you were. A Hawks game. A Cubs game. A Pogues show or backstage at a Pearl Jam show. Donnie was welcome and revered in every setting.

My only regret was not having known him sooner. He was one of those guys who I knew of—we had a great many of the same friends—but somehow we’d never met. And once we did, we made up for lost time. We became fast friends and genuinely a part of one another’s lives.

I can remember, more than once, waking up in the hospital to my friend Donnie sitting in my room and talking with me and whomever had stopped by. He always had some stories, the latest 411 on what our friends were up to and he chased away the sadness and the melancholy. We Irish are good at surrounding ourselves with sadness when things are tough. Donnie would have none of it; there was not a hint of self-pity or”poor-me” in this guy. Nor would he abide it in his friends. He was the person who helped you pull yourself out of darkness. One day he visited me with his laptop and we watched hockey fights on YouTube—Bob Probert dismantling several Detroit Red Wings, Bobby Hull trading haymakers with Johnny Ferguson of the Montreal Canadiens. Our favorite? Our pal, Reid Simpson, pounding the snot out of some guy on the Flyers. Donnie knew how to cheer you up. He was one of those who helped you survive whatever misfortune befell you.

I can’t count the times I’d see Donnie, wordlessly, go out the side door of Stanley’s Kitchen & Tap with a bag of food for a homeless person. He’d never make mention of it. The one time I brought it up he told me, “Hey, that could be any one of us.” He was that guy.

We’d often compare stories of how little we liked school—grade school, high school—it all sucked, until college. Donnie went to Southern Illinois University. While there he opened up a bar in his room and realized he was in the hospitality business. After ten or so years in the advertising game he wound up in the restaurant business and was a natural—first, he was a partner in Melvin B’s, a barbecue joint. His great success, though, was Stanley’s, the Lincoln and Armitage bar and restaurant where Donnie welcomed the world in.

In my life, I’ve never referred to the joint as “Stanley’s,” it’s always been Donnie’s joint. He made the place a destination with a simple formula: treat everyone with kindness and good humor. There is a reason this place has been such a runaway success all of these years: Donnie Kruse.

It didn’t matter who you were. It was well known as a hangout for Chris Chelios, Eddie Vedder, John Cusack, Reid Simpson and singer Michael McDermott. In Donnie’s joint everyone was equal—these guys could hang out and be themselves. Donnie created an atmosphere of respect and comfort. I spent a couple of Thanksgivings there, and a warmer and kinder setting I couldn’t have found anywhere. He made the place special.

His life was not without its darkness. He, like me, had had his battles with alcohol, depression and loss. The love of his life was an Irish woman named Simone Mundy Clowry, a willowy blonde who knew Donnie inside and out. They were together for four years only to discover that she was meant for Ireland and he was a Chicagoan.

At the center of his very gravity was this city. He couldn’t leave it even if he wanted to. He and Simone remained as close as two people can be with an ocean between them.

He was also from a tight-knit family with his sisters, his mom. He spent Sundays with his mom, because when you’re Irish and a single man, this is what you do. If you didn’t check in with your mother on Sunday, she’d think you were out with some hussy.

He was a diehard Cubs fan. A great many of those players over many years hung out at Stanley’s. They loved the food. Donnie Kruse knew the way a joint survived in Bar-Heave Lincoln Park was to have the best food. And man, they were head and shoulders above everyone else. Before my heart surgery, I could eat the Chicken-Fried-Chicken until I fell over, the StanBurger, the mac and cheese. Donnie hired a chef from Louisiana who really knew what people drinking copious amounts of alcohol liked to eat. The deep-fried chocolate-chip cookies might sound off-putting… until you eat one. After that you want a plate of them.

If you want to know someone, look at who their friends are. Donnie’s pals were this whole city. His close friends were guys like Mike Starr, Coley Newell, a veteran bar-man and construction worker, who just goes by Coley, actor John Cusack, bad-ass biker Adam Doyle, former Blackhawks Reid Simpson and Chris Chelios and music man Joe Shanahan—all generous of spirit and birds of a feather. John Cusack and Donnie were regular companions at Wrigley and often finished each other’s sentences while watching a game.

It heartens me that Donnie got to see the Cubs win it all. At Wrigley he was in his element: sunlight, like being drunk on the sound and touch of baseball, the smell of the freshly mown outfield and in the company of your friends.

This is how I will choose to remember him. Every time I walk into Wrigley, I won’t have to look hard for some hint of Donnie, he will be there. Who knows? Wrigley might just be big enough to hold most of this man’s friends. We were lucky to have him. Godspeed Donnie Kruse.