by Brian Hieggelke
October 26, 2017Filed under: 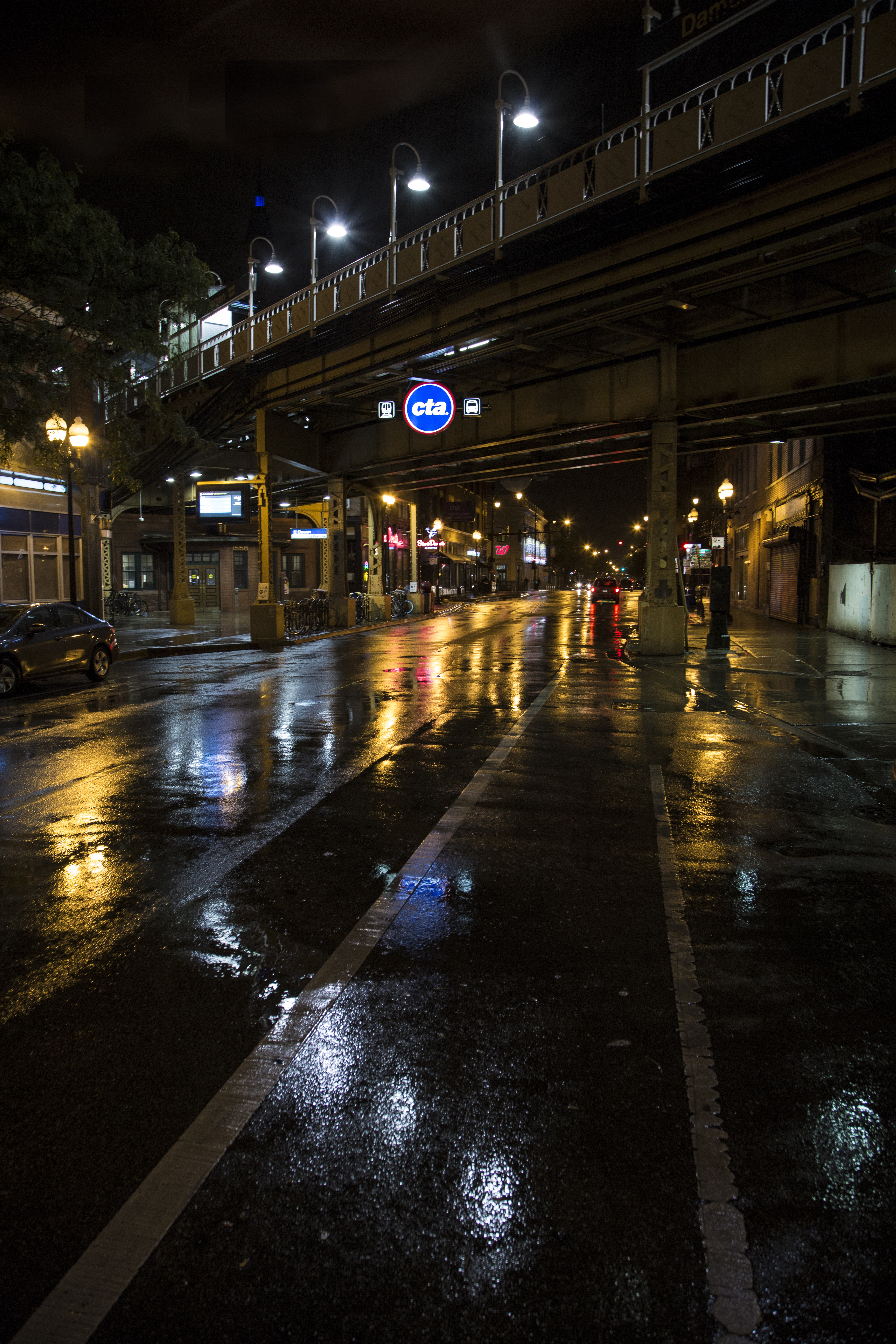 Wherein we pat ourselves on the back for our prescience, duck under cover for our stupid mistakes and generally wallow in nostalgia for a city so much younger then

Best Recovery from a Colossal Civic Blunder: Block 37
In 1993, we were hailing the arrival of an “open-air arts-and-crafts workshop for youth” in the summer and an “ice-skating rink” in the winter to make use of the gaping empty space left after a developer convinced the city to destroy the landmark McCarthy Building before they bailed on the entire project. Today, a huge retail, entertainment and residential project stands on the site, a couple decades behind schedule, and that “workshop for youth” has morphed into the year-round nonprofit After School Matters “that provides life-changing after-school and summer program opportunities to more than 15,000 Chicago high school teens each year.”

Best Use of Public Space in the Loop: Pritzker Park
Back then, we wrote of the new park: “Besides being the only grassy space enclosed by the El, Pritzker Park is a cultural reference point: an example of the alternative use of urban space, and how easily art and daily life can be merged.” Today, it’s plagued, as one publication described it, as a “refuge for crime and homelessness.” The city tried, unsuccessfully, to find a mixed-use developer for the site in 2015.

An ad for the “1993 Chicago International New Art Forms Exposition” at Navy Pier, which would morph the next year into the still-running SOFA Fair.

An ad for the Randolph Street Gallery as it celebrated its fifteenth anniversary. It would be forty now, but it folded when the new MCA opened and absorbed most of its programming while absorbing its programmer Peter Taub.

An intentionally cheesy full-page ad for Casey’s Liquors had multiple messages to impart: “Where the Cool People Buy their Beer”; “ Cheapest Beer in Chicago” and “More than a liquor store, it’s a lifestyle.” A decade or so later, its self-proclaimed prophesies came true when it was converted into the ultra-cool electronic music club Sonotheque and later Beauty Bar. (Except for the cheap beer part.)

For twenty or so years, we ran a section in Best of Chicago called “Sports & Recreation,” always a challenge for this culture-centric publication. Sports is now part of City Life.

In that first year, we covered fishing, bowling, billiards and just a little bit about the pro sports teams that our town obsesses over.

Best Place for Perch Fishing in the Dead of Winter: Calumet River, off Ewing Avenue

An ad for “The Cue Club” offered “more sports and live bands than you can shake a stick at.” The city’s fascination with sports bars and rock clubs hasn’t waned but the mania for shooting pool seems to have been a fleeting moment. Today? We have table tennis bars instead. 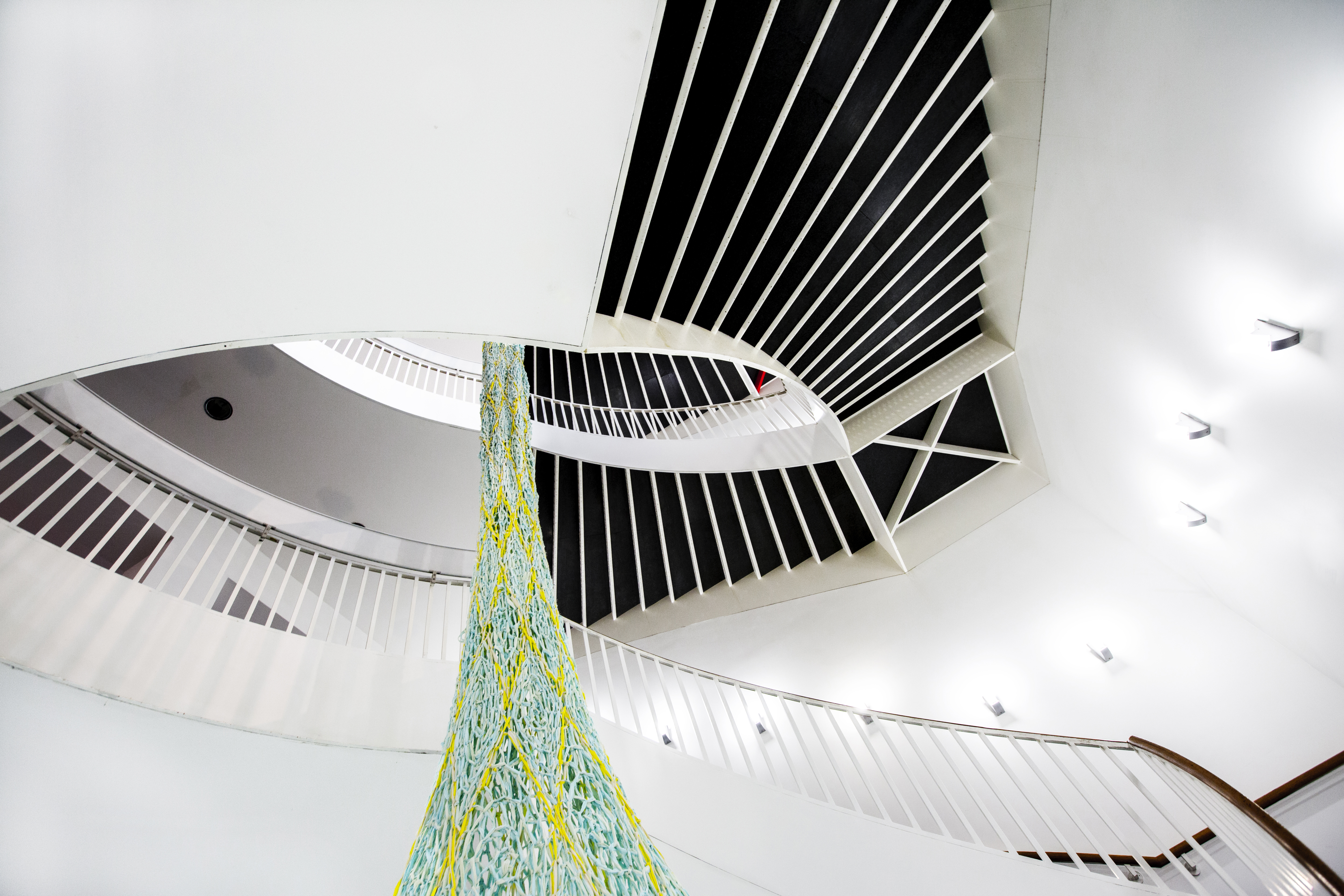 In addition to a seminal cover by Chris Ware, this issue established our tradition of dramatic splash pages for each section. In this issue, City Life was drawn by (even then a New Yorker!) Melinda Beck; Culture & Nightlife by Archer Prewitt (now best known as a musician); Food & Drink by Jennifer Riegler; Good & Services by Cherise Mericle (now better known as a children’s book author); and Sports & Recreation by Chuck Death, aka Jon Langford (then and now better known as a musician)

Best Gauntlet to a Club Bathroom: Get Me High Lounge
“This Wicker Park jazz dive puts the ‘p’ in performance—or rather the performance in ‘pee’—for patrons as well, who are forced to cross the bandstand to access the restrooms.” 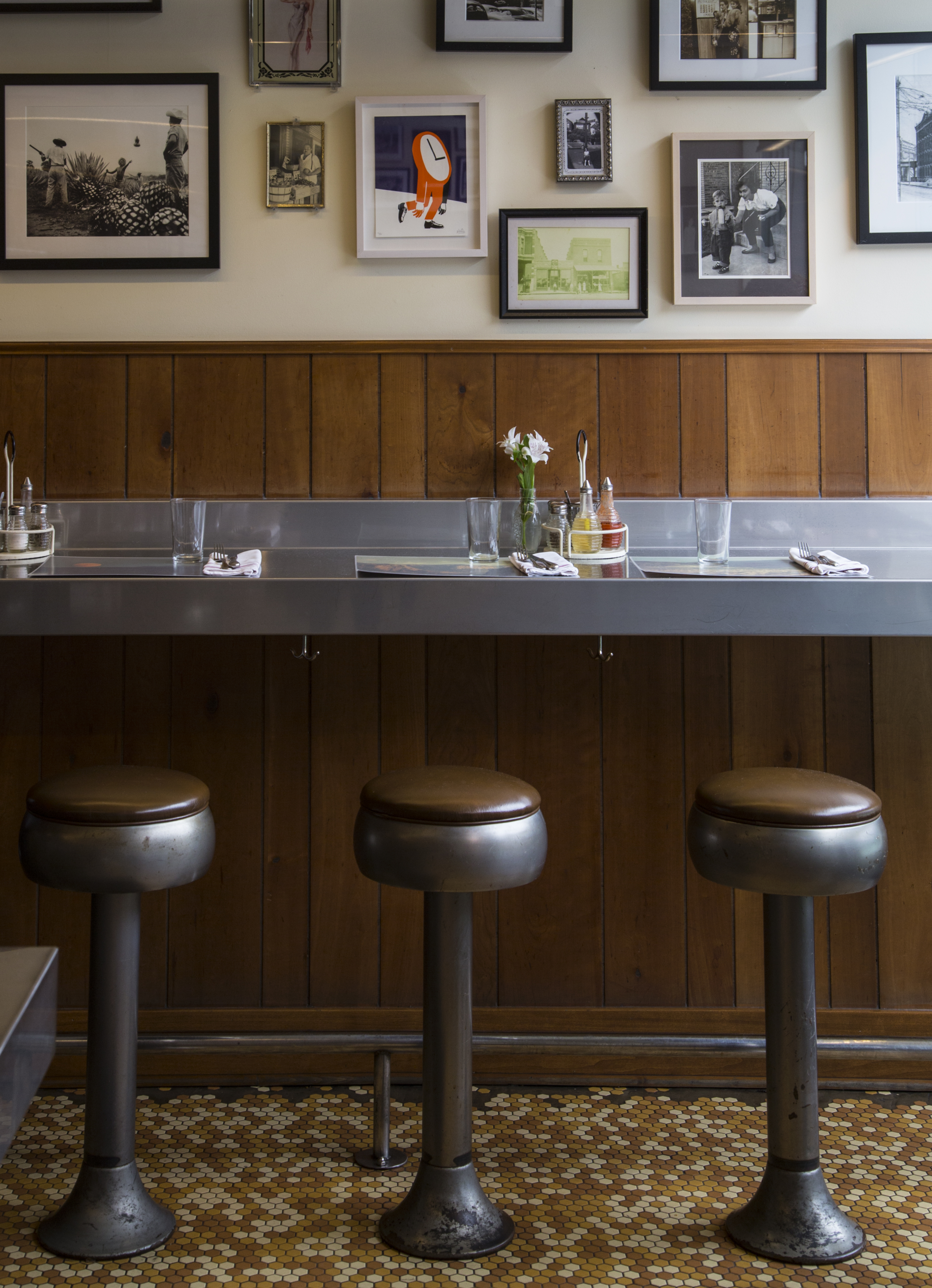 Best Rib Tips: Ms. Piggies Bar-B-Que
We took our work very seriously for this debut edition, and for category of Best Ribs, it meant literally visiting every BBQ place in Chicago, a tasty task. This was before the internet, before Yelp, and it meant a mix of library time and Yellow Pages, but the South Side rib joints like Lem’s were not yet widely known outside of their more immediate environs. (Today Lem’s has a website!) On our way to visit Lem’s in the course of our research, we exited the Dan Ryan at 59th Street and saw a smoker out near the street, with the unmistakable fumes of barbecue in the air. Completists that we are, we stopped to investigate and met the proprietor of a tiny, even by BBQ-shack standards, joint called Ms. Piggies Bar-B-Que. We wrote: “It’s the kind of outdoor rib pit that legends are made of, and it’s home base for cooks and customers alike in the summertime.” We returned many times to Ms. Piggie’s after that, until, eventually, it was no more.

Best Italian Ice/Lemonade: Mario’s Italian Lemonade
Still the best, in our books. We wrote then, and still believe, that “For some of us, Mario’s Italian Lemonade is the very evocation of summer, and, frankly, one of the best things about living in Chicago, period.” Though we were already fans of Mario’s when we undertook this first edition, journalistic integrity forced us to investigate further, and made us also lifelong fans of Johnnie’s Beef in Elmwood Park. 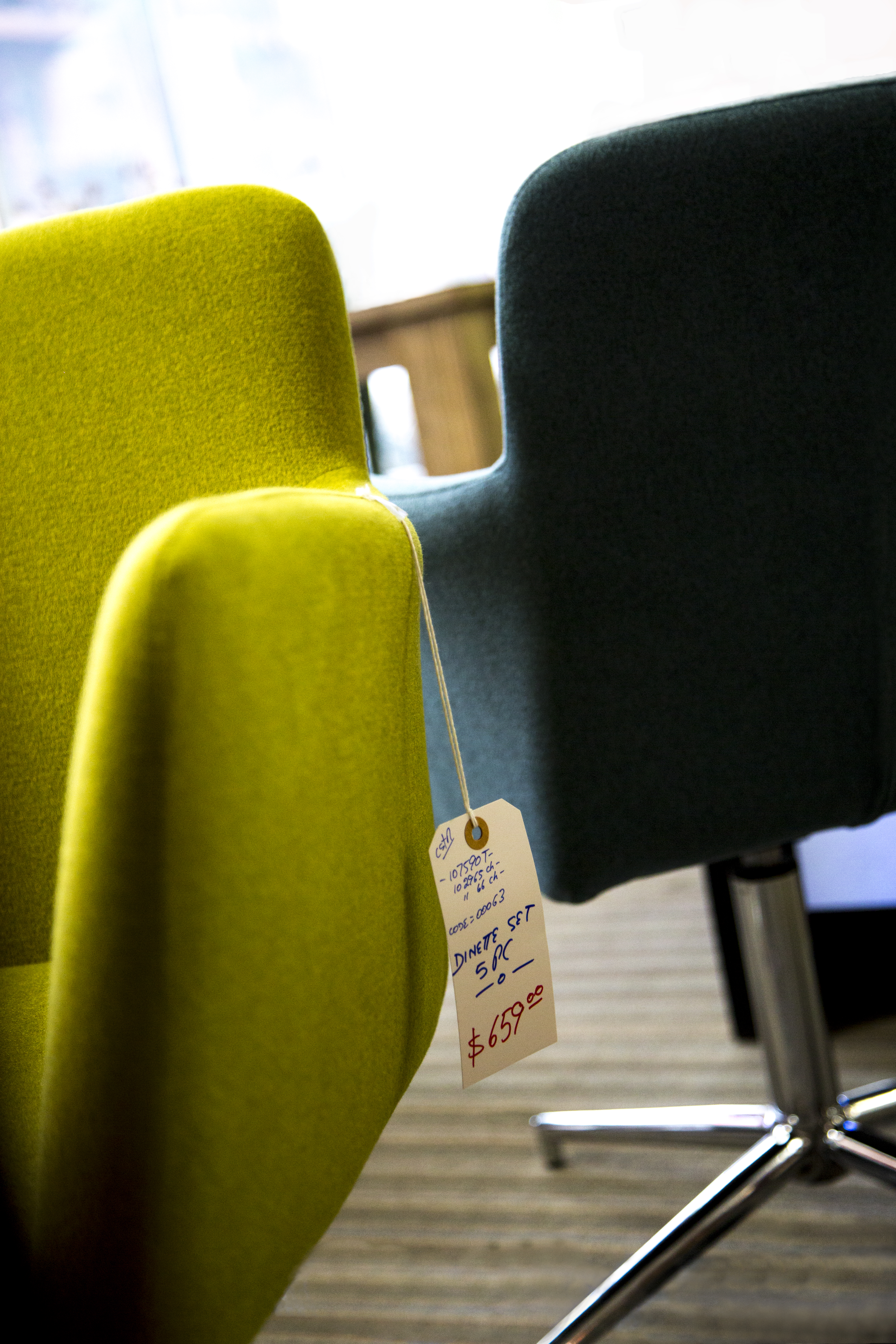 Talk about a time capsule of changes. Some of these concerns, like Paper Source, grew from a single mom & pop location into mighty chains. Others, seemingly mighty chains, vanished in the wake of the digital-driven retail revolution. Little did we imagine that legends of retail in Chicago, or that whole categories of stores would soon disappear.

Best Record Store: Tower Records
Going to Tower Records used to be a form of entertainment in itself, something to do on a Friday if you did not want to go to the movies. “The generous hours (till midnight every day of the year, including national holidays) make Tower truly a secular temple of infotainment, a haven for souls seeking ritualized comfort—and redemption, completion—amidst racks and shelves of cultural artifacts.”

Best Sporting-Goods Store: Morrie Mages
For those of us who grew up in the suburbs where the typical sporting-goods store at the time was the local mall outlet of a national chain, this place was truly magnificent, even if you were not sports-obsessed. We wrote then: “They actually call it MC Sporting Goods now, a nod to the faceless corporate parent that acquired Chicago’s sporting goods legend when its founder passed away a few years ago. Fortunately, the only thing they wrecked at the flagship store is the name—Mages still offers an extraordinary eight floors of sporting goods (the eight wonders of Wells Street), from scuba to volleyball supplies, in a store that still reflects very much the imprint of its up-from-Maxwell Street founder.” Sadly, the store soon passed through multiple hands, finally closing when the Sports Authority, its final owner, went bankrupt.