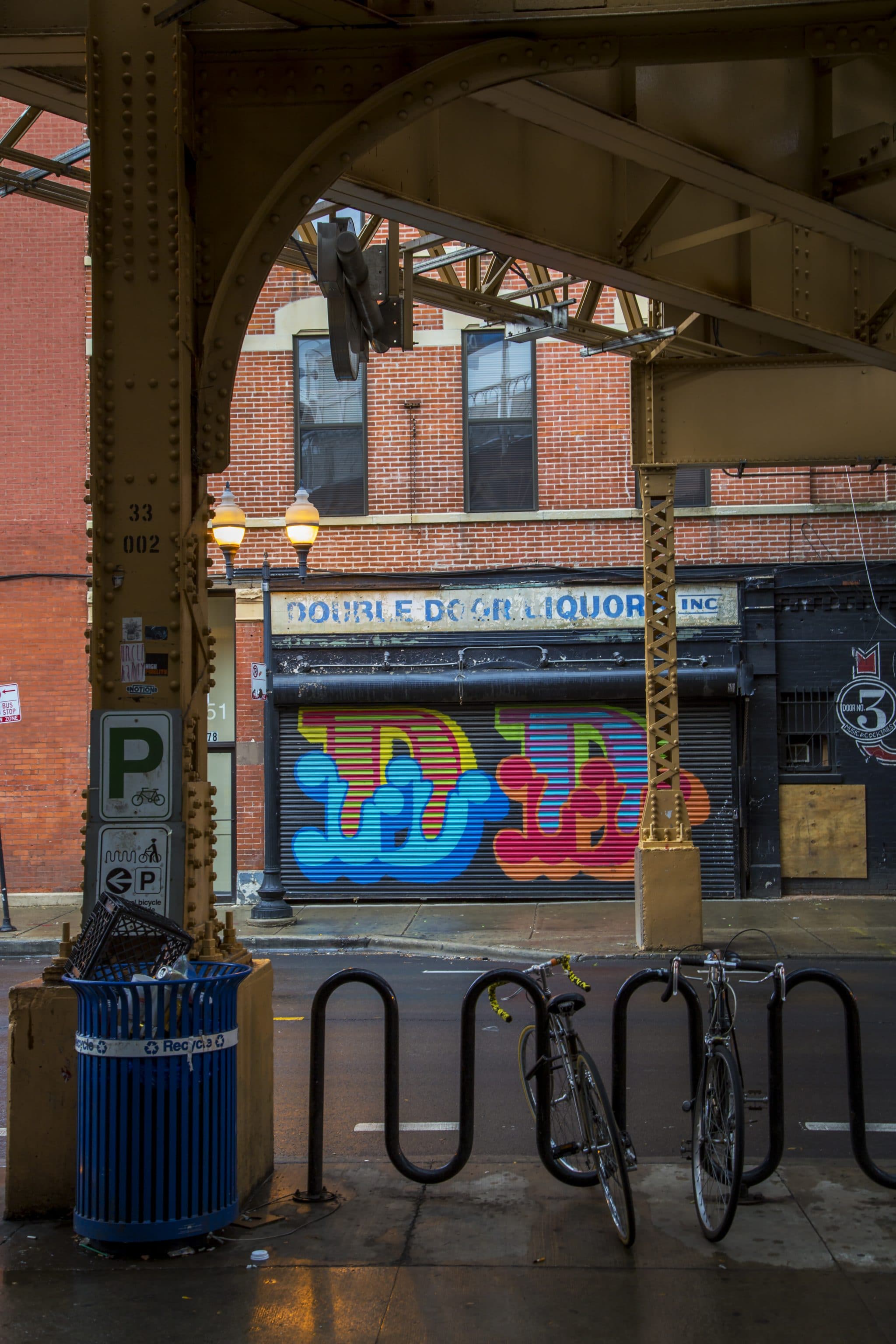 You’ve seen the streets by night, in life more than in movies, those handfuls of rain-lavished pavements of Chicago myth. The motion pictures: contemporary cars—now period cars—U-turning atop the shimmering reflection of simmering red upon chilly blue neon of now-defunct delis and clubs.

The motion between moments: tonight, this Chicago night, has unseasonal spring mist warming autumn, city light relaxed over the landscape, softening edges, mellowing the moment. Towers of arc lights don’t light these streets, only that 2017 uneasy mix of the bold orange hues of sodium vapor light, and the newer, bluer, grayer temperature of twenty-first century LEDs.

Go round this one misted corner and pocked boxes cluster, and one in particular, still standing across decades of sunlight, once red but now a faded, dusty rose, scaled at the base with fatigue and rust. A news box. And inside? Not the ragamuffin “alt-weekly” almost two feet tall and a foot across from 1993. A shiny monthly that people unabashedly lift to their noses, sniff, and remark approvingly about the ink scents. Newcity. Shiny from the selfsame box that was once bright, bold red, where I remember reserving extra copies of the ninety-six-page inaugural “Best of Chicago” issue, with a cover illustration by Chris Ware featuring the El and the Loop. 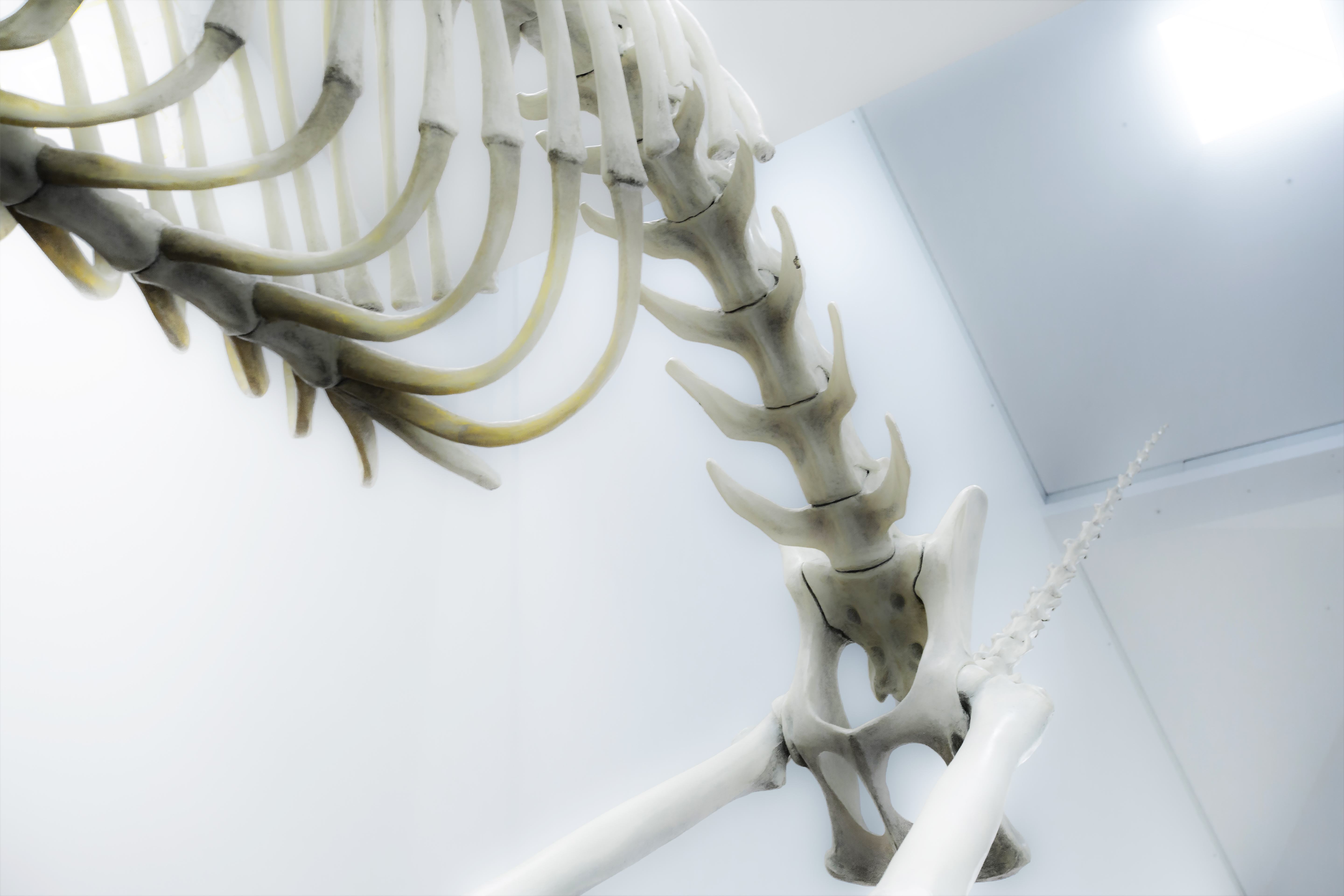 A city stands, still stands, stands still. The buildings don’t rise up as in M. C. Escher drawings or Christopher Nolan’s “Inception.” Cars dawdle along the city street, pedestrians move at a clip in the climatically erratic, cinematically surreal sunlight. Change, except in the form of leveling fire or disruptive technology, comes slowly, if accelerating by the day.

Next morning. Around another corner. Coffee is still coffee, it’s strong in the corner café. Lavishly loud developers speak of buying and getting downzoning on twenty-eight parcels a block south. This seemingly unchanging neighborhood has almost no building larger than a three-flat, even in the plots where banal modernity has raised another blank face to the street, another Lego-click structure, monument to the capacity for mortgage, wall-to-wall with carpet and flat-screen. Dick Wolf-ready. Chicago! We’re so pretty. We’re so colorful. But we’re in present danger of losing the character of the street, the Chicago conurbation that came with the gridding of the streets. Other areas, West Loop, near west, farther west, disappear weekly.

I am spoiled by the several miles that contain my Chicago days and nights, with a comforting illusion that the city is impervious to tectonic change, to esthetic shift, to voluminous transformation. This is foolish. Division Street at the foot of Wicker Park, the head of Ukrainian Village, is nearly done. Enough brick beauties still stand to give the illusion of 1993, when there were lots and lumberyards and lunchrooms. But I warm by the resounding legend of a crotchety old Polish curmudgeon deep into his nineties who won’t let his last building go until he dies, a saloon he locked one day and threw away the key, to the consternation of developers and heirs.

“Dirty and narrow streets, alleys piled with refuse and alive with dogs and rats, goats hitched to carts, bleak tenements, the smoke of industry hanging in a haze, the market along the curb, foreign names on shops, and foreign faces on the streets, the dissonant cry of the huckster and the elevated, the pealing of the bells of the great Catholic churches,” Harvey W. Zorbaugh wrote in “The Gold Coast and the Slum” in 1929, “the occasional dull boom of a bomb or the bark of a revolver, the shouts of children at play in the street, a strange staccato speech, the taste of soot, and the smell of gas from the huge gas house by the river whose belching flames make the skies lurid at night.”

That wasn’t 1993. We don’t go back that far. That was 1993 looking back to legend and lore. “When he reached Paulina, Sparrow turned with swift hope,” Nelson Algren wrote in 1949 in “The Man with the Golden Arm.” “But no one waved in the arc lamp’s feeble glow for any punk’s returning… Down both sides of Division Street the occasional arc lamps burned and it was late, so late, there should be a light step on the long dark star and someone to cry out that the night was too long.”

The vibrant Chicago in the mind is a composite several decades deep, the palimpsest of the day-to-day everyday. A decade before 1993, even, and decades since. My transactions, social and economic, take place mainly at street level, shoulder height, right there at eye contact. Chicago is a conversation I’ll likely have tonight, or any minute now, just walking down the street. Street level. Eye level.

Low-rise buildings are engulfed by taller ones or forgotten entirely, demolished, erased, no traces on the fresh edifice. We are outside the subtle accretions of history. Or so we think. Of construction. Of the song of the jackhammer and backhoe. Of deal-making behind doors heavier and more handsome than these at street level. Maybe the true historical image of Chicago isn’t a book or a photograph or a photoplay, but Chris Ware looking at the streets and structures and strictures of the Loop and Midwestern architecture in “Jimmy Corrigan: the Smartest Kid on Earth,” Ware and Jimmy alike dreaming back to 1893’s World’s Columbian Exposition, nestling in a haven of reassuring artifice.

We live in all these cities. We all live in our minds and in our memories. Remember Chicago? Yeah. Let me tell you a story… The night is young.