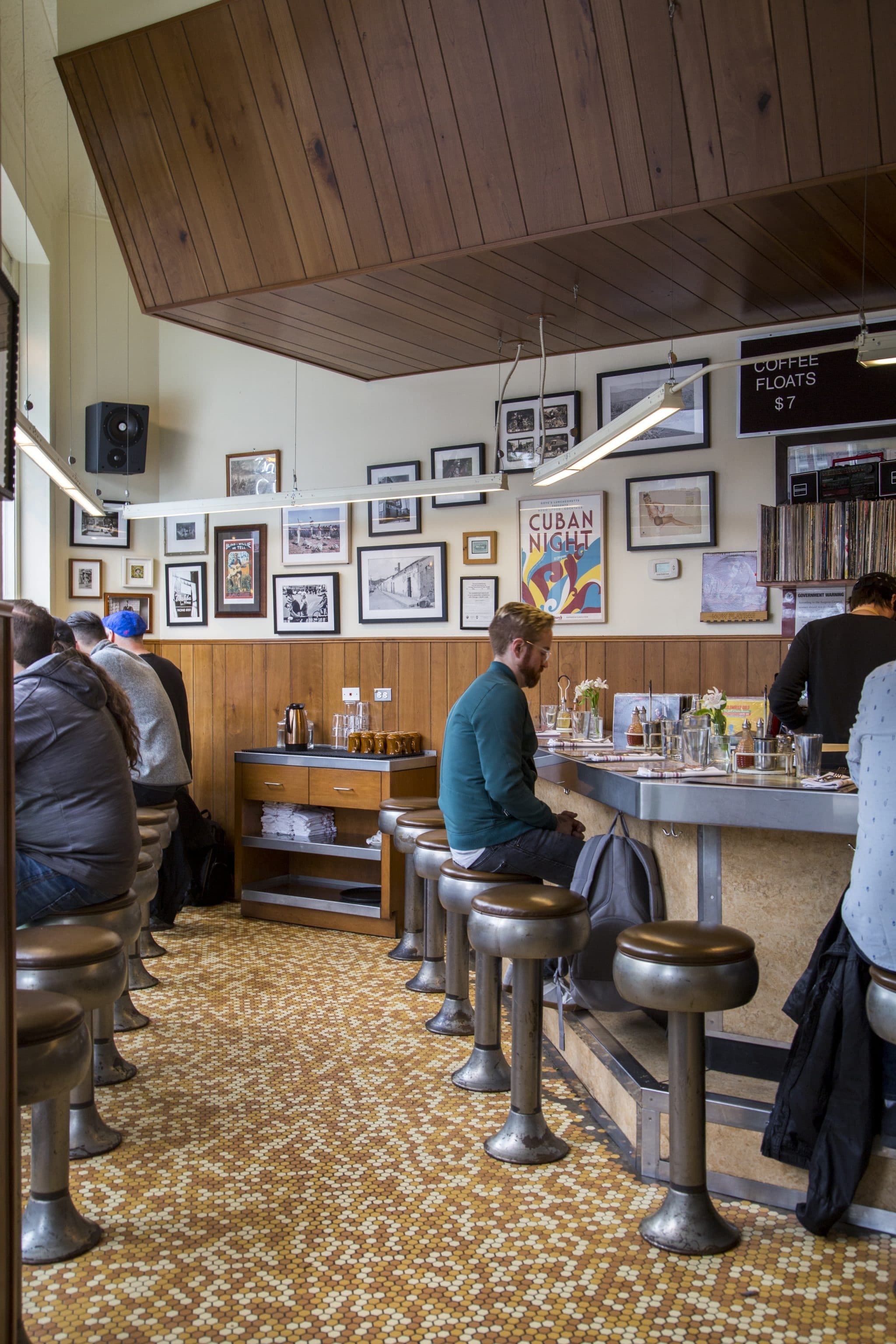 By now, you likely know Bon Appétit anointed Chicago the 2017 Restaurant City of the Year. The magazine called our town “clearly America’s most exciting city to eat in right now.” A slew of restaurants made Bon Appétit’s fifty-best list, too. I’m an irredeemable Chicago booster, so I devoured this new bun in my braggart’s basket. The visuals in the coverage jumped out at me. Rustic Japanese and Korean-style dishes—not the cooked ones, but the handsome ceramic pieces under the food—are now Chicago’s serveware of choice for foods of all kinds. Getting a big ravioli on a piece of raku ware can be, literally, disorienting. But the plating is for the eyes, or more precisely, the camera phone. For now, these are the plates the city’s kitchens may feel the camera loves best. It’s no trivial matter. The look of the city’s food broadcasts its quality every time someone takes a picture. Which is to say, at all times. 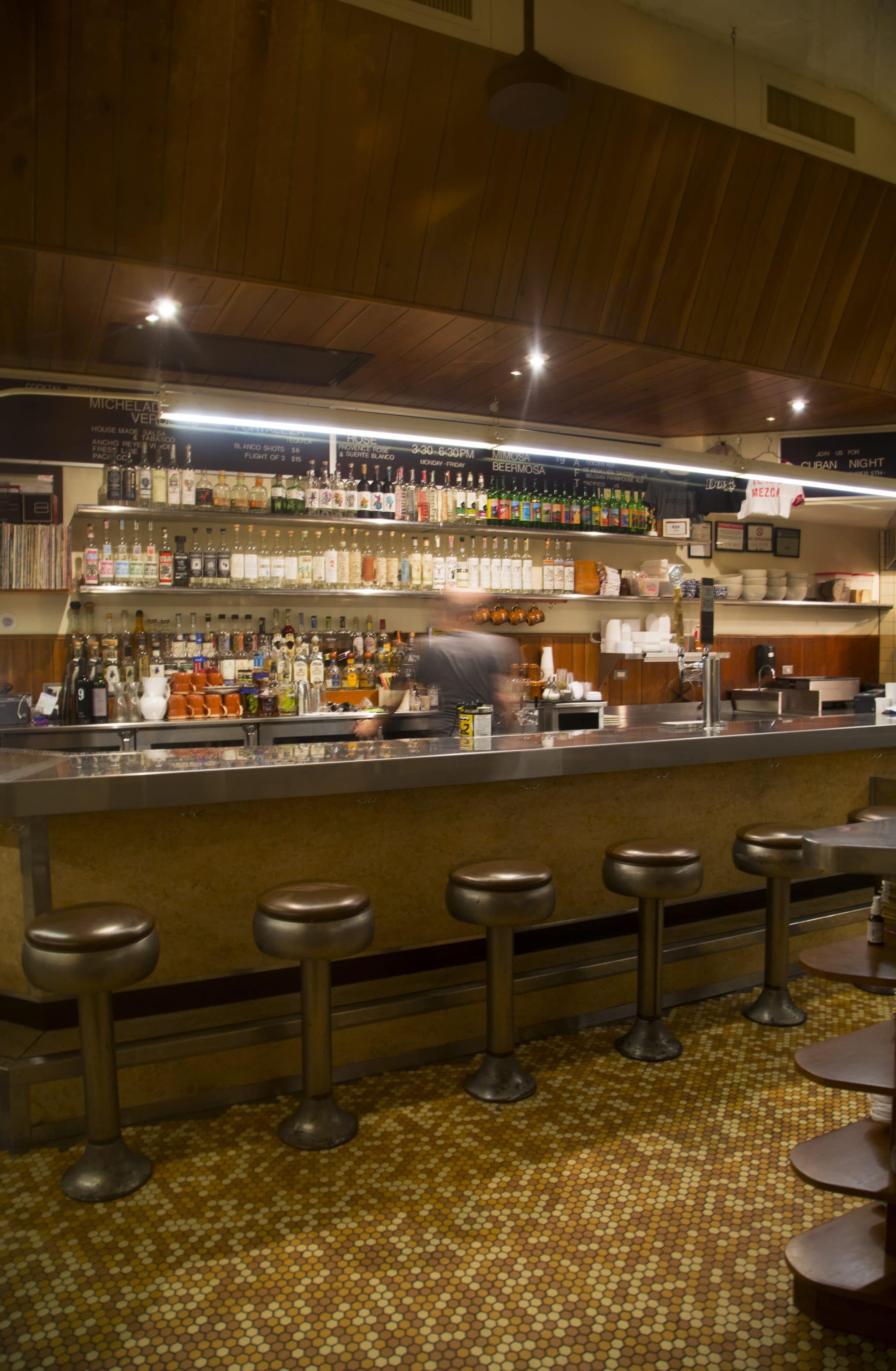 To Bon Appétit’s credit, their pictures of the champion foods looked to be photographed on site, on the plates chefs actually use. If not, the pictures would be matched against shots taken and shared by real diners. That, after all, is where the real power is today. Whole restaurants are designed to optimize the pictures diners take of their food. For the ravenous, it can be character-building. In the first Best of Chicago issue twenty-five years ago, I confessed my love of food porn, the professionally styled food photos that reduced me to drool. Now foods that are impossibly gorgeous are abundant in the real world and I must control myself. When real foods were uglier than their printed ideals, restaurant food was easier to manage. Once we looked mainly into the eyes of our dinner dates and basked in their reflected beauty. Now we want to be seated in front of edible stars and share and boast of their beauty. If Chicago is the food capital, is it also the Hollywood of dishy dishes? If not, it probably needs to be, to stay on top of the restaurant heap.

Bloomberg reports that after selfies, food is the second most-photographed subject on the big social media sites. I know that my Facebook feed is certainly aptly named. When I took a portrait of a sourdough bread I made at home, I set it on a marble slab in the morning sun and took a glamour shot that might have made Marlene Dietrich wish she were yeastier. As soon as I posted it, I heard from people I didn’t know I went to high school with. Mountain survivalists like it. So did an ex I owe money to. Around town, I see more locals and tourists taking pictures of the city’s high and low foods than I see photographing the skyline.

Photographing food may complement a meal in surprising ways. I worked in Osaka, Japan during college and lived in a big workers’ dormitory when kids from the country’s farms were still moving to the cities to work in factories. During the cafeteria dinners, I learned the graceful Japanese habit of pausing before digging into my meal for the ritual appreciation of the food before me. There in a room of ravished young men, back from a hard day of factory work, I saw how they first looked down motionless at their simple plates of fish (sometimes whale) and vegetables. They called it “eating with our eyes.” Then, after a deep breath they’d all say “itadakimsu,” which roughly translates to “I receive this with gratitude.” When I see people photograph food on their Chicago tables, especially where the food seems unique to the restaurant or the city, they also slow down and, I believe, have a deeper sense of gratitude than they would if they just dug right in. There may be times one snaps a pic of god-awful food, but mostly we capture and share the foods we’re glad for.

Food pictures are taken everywhere, all the time. So what can Chicago diners do to make the city the food photo capital? And to promote the local scene so we stay on top? Beautiful plates help, but there is also a creeping monotony in the styling. Here’s some modest proposals. For my food pictures, I hunt for steam. Big clouds of it, and wisps that rise off hot foods, too. It does for food pics what painted sunlight poking out from cloudy skies did for the aristocrats who sat for Joshua Reynolds. It adds motion and drama. Some restaurants light tables with small spotlights, just so foods photograph well. I carry a small, bright LED light in my bag that I can use to even better effect. Or use a candle for a slow-exposure shot, but rest your phone on a small tripod or jerry-rigged paper cup notched with your knife to hold your phone. Add local color. Consider getting tables by restaurant windows that add the city’s big shoulders to your little meal. Upstairs at Triple Crown, the classic dim sum spot in Chinatown, one can capture a glistening pot sticker dumpling with both the Chinatown Gate and the Willis Tower in the background. No landmarks nearby? You can still mark the territory. Get a sports fan in a jersey into a corner of the shot. Eventually the Asian plate fad will pass. Why wait?

Frank Lloyd Wright designed some beautiful dishes (okay, they, too, were influenced by the Japanese). Carry a few of those when you go out to eat and re-plate your food on them before taking your pictures.