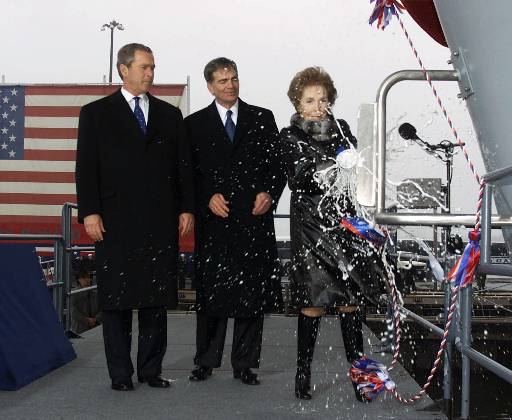 ARIES (March 21-April 19): You may get richer quicker in 2018, Aries—especially if you refuse to sell out. You may accumulate more clout—especially if you treat everyone as your equal and always wield your power responsibly. I bet you will also experience deeper, richer emotions—especially if you avoid people who have low levels of emotional intelligence. Finally, I predict you will get the best sex of your life in the next twelve months—especially if you cultivate the kind of peace of mind in which you’ll feel fine about yourself if you don’t get any sex at all. P.S.: You’d be wise to start working on these projects immediately.

TAURUS (April 20-May 20): The members of the fungus family, like mushrooms and molds, lack chlorophyll, so they can’t make food from sunlight, water and carbon dioxide. To get the energy they need, they “eat” plants. That’s lucky for us. The fungi keep the earth fresh. Without them to decompose fallen leaves, piles of compost would continue to accumulate forever. Some forests would be so choked with dead matter that they couldn’t thrive. I invite you to take your inspiration from the heroic fungi, Taurus. Expedite the decay and dissolution of the worn-out and obsolete parts of your life.

GEMINI (May 21-June 20): I’m guessing you have been hungrier than usual. At times you may have felt voracious, even insatiable. What’s going on? I don’t think this intense yearning is simply about food, although it’s possible your body is trying to compensate for a nutritional deficiency. At the very least, you’re also experiencing a heightened desire to be understood and appreciated. You may be aching for a particular quality of love that you haven’t been able to give or get. Here’s my theory: Your soul is famished for experiences that your ego doesn’t sufficiently value or seek out. If I’m correct, you should meditate on what your soul craves but isn’t getting enough of.

CANCER (June 21-July 22): The brightly colored birds known as bee-eaters are especially fond of eating bees and wasps. How do they avoid getting stung? They snatch their prey in mid-air and then knock them repeatedly against a tree branch until the stinger falls off and the venom is flushed out. In the coming weeks, Cancerian, you could perhaps draw inspiration from the bee-eaters’ determination to get what they want. How might you be able to draw nourishment from sources that aren’t entirely benign? How could you extract value from influences that you have to be careful with?

LEO (July 23-Aug. 22): The coming months will be a ripe time to revise and rework your past—to reconfigure the consequences that emerged from what happened once upon a time. I’ll trust you to make the ultimate decisions about the best ways to do that, but here are some suggestions. 1. Revisit a memory that has haunted you, and do a ritual that resolves it and brings you peace. 2. Go back and finally do a crucial duty you left unfinished. 3. Return to a dream you wandered away from prematurely, and either re-commit yourself to it, or else put it to rest for good.

VIRGO (Aug. 23-Sept. 22): The astrological omens suggest that now is a favorable time to deepen your roots and bolster your foundations and revitalize traditions that have nourished you. Oddly enough, the current planetary rhythms are also conducive to you and your family and friends playing soccer in the living room with a ball made from rolled-up socks, pretending to be fortune-telling psychics and giving each other past-life readings, and gathering around the kitchen table to formulate a conspiracy to achieve world domination. And no, the two sets of advice I just gave you are not contradictory.

LIBRA (Sept. 23-Oct. 22): In accordance with the long-term astrological omens, I invite you to make five long-term promises to yourself. They were formulated by the teacher Shannen Davis. Say them aloud a few times to get a feel for them. 1. “I will make myself eminently teachable through the cultivation of openness and humility.” 2. “I won’t wait around hoping that people will give me what I can give myself.” 3. “I’ll be a good sport about the consequences of my actions, whether they’re good, bad or misunderstood.” 4. “As I walk out of a room where there are many people who know me, I won’t worry about what anyone will say about me.” 5. “I will only pray for the things I’m willing to be the answer to.”

SCORPIO (Oct. 23-Nov. 21): To discuss a problem is not the same as doing something practical to correct it. Many people don’t seem to realize this. They devote a great deal of energy to describing and analyzing their difficulties, and may even imagine possible solutions, but then neglect to follow through. And so nothing changes. The sad or bad situation persists. Of all the signs in the zodiac, you Scorpios are among the least prone to this disability. You specialize in taking action to fulfill your proposed fixes. Just this once, however, I urge you to engage in more inquiry and conversation than usual. Just talking about the problem could cure it.

SAGITTARIUS (Nov. 22-Dec. 21): As far back as ancient Egypt, Rome and Greece, people staged ceremonies to mark the embarkation of a new ship. The intention was to bestow a blessing for the maiden voyage and ever thereafter. Good luck! Safe travels! Beginning in eighteenth-century Britain and America, such rituals often featured the smashing of a wine bottle on the ship’s bow. Later, a glass container of champagne became standard. In accordance with the current astrological indicators, I suggest that you come up with your own version of this celebratory gesture. It will soon be time for your launch.

CAPRICORN (Dec. 22-Jan. 19): You may feel quite sure that you’ve gotten as tall as you’re ever going to be. But that may not be true. If you were ever going to add another half-inch or more to your height, the near future would be the time for it. You are in the midst of what we in the consciousness industry call a “growth spurt.” The blooming and ripening could occur in other ways, as well. Your hair and fingernails may become longer faster than usual, and even your breasts or penis might undergo spontaneous augmentation. There’s no doubt that new brain cells will propagate at a higher rate, and so will the white blood cells that guard your physical health. Four weeks from now, I bet you’ll be noticeably smarter, wiser and more robust.

AQUARIUS (Jan. 20-Feb. 18): You come into a delicatessen where you have to take a numbered ticket in order to get waited on. Oops. You draw thirty-seven and the counter clerk has just called out number seventeen. That means twenty more people will have their turns before you. Damn! You settle in for a tedious vigil, putting down your bag and crossing your arms across your chest. But then what’s this? Two minutes later, the clerk calls out thirty-seven. That’s you! You go up to the counter and hand in your number, and amazingly enough, the clerk writes down your order. A few minutes later, you’ve got your food. Maybe it was a mistake, but who cares? All that matters is that your opportunity came earlier than you thought it would. Now apply this vignette as a metaphor for your life in the coming days.

PISCES (Feb. 19-March 20): It’s one of those bizarre times when what feels really good is in close alignment with what’s really good for you, and when taking the course of action that benefits you personally is probably what’s best for everyone else, too. I realize the onslaught of this strange grace may be difficult to believe. But it’s real and true, so don’t waste time questioning it. Relish and indulge in the freedom it offers you. Use it to shush the meddling voice in your head that informs you about what you supposedly SHOULD be doing instead of what you’re actually doing.

Homework: In your imagination, visit the person you’ll be in four years. What key messages do you have to convey? Freewillastrology.com