ARIES (March 21-April 19): I’m happy to inform you that life is giving you permission to be extra demanding in the coming weeks—as long as you’re not petty, brusque or unreasonable. Here are a few examples that will pass the test: “I demand that you join me in getting drunk on the truth;” “I demand to receive rewards commensurate with my contributions;” “I demand that we collaborate to outsmart and escape the karmic conundrums we’ve gotten ourselves mixed up in.” On the other hand, Aries, ultimatums like these are not admissible: “I demand treasure and tribute, you fools;” “I demand the right to cheat in order to get my way;” “I demand that the river flow backwards.”

TAURUS (April 20-May 20): Are you familiar with the phrase “Open Sesame”? In the old folk tale, “Ali Baba and the Forty Thieves,” it’s a magical command that the hero uses to open a blocked cave where treasure is hidden. I invite you to try it out. It just may work to give you entrance to an off-limits or previously inaccessible place where you want and need to go. At the very least, speaking those words will put you in a playful, experimental frame of mind as you contemplate the strategies you could use to gain entrance. And that alone may provide just the leverage you need.

GEMINI (May 21-June 20): While thumping around the Internet, I came across pointed counsel from an anonymous source. “Don’t enter into a long-term connection with someone until you’ve seen them stuck in traffic,” it declared. “Don’t get too deeply involved with them until you’ve witnessed them drunk, waiting for food in a restaurant for entirely too long, or searching for their phone or car keys in a panic. Before you say yes to a deeper bond, make sure you see them angry, stressed, or scared.” I recommend that you take this advice in the coming weeks. It’ll be a good time to deepen your commitment to people who express their challenging emotions in non-abusive, non-psychotic ways.

CANCER (June 21-July 22): My high-school history teacher Marjorie Margolies is now Chelsea Clinton’s mother-in law. She shares two grandchildren with Hillary Clinton. Is that something I should brag about? Does it add to my cachet or my happiness? Will it influence you to love me more? No, nah and nope. In the big scheme of things, it’s mildly interesting but utterly irrelevant. The coming weeks will be a good time for Cancerians like you and me to renounce any desire we might have to capitalize on fake ego points like this. We Crabs should be honing our identity and self-image so they’re free of superficial measures of worth. What’s authentically valuable about you?

LEO (July 23-Aug. 22): If I were your mentor or your guide, I’d declare this the Leo Makeover Season. First I’d hire a masseuse or masseur to knead you firmly and tenderly. I’d send you to the nutritionist, stylist, dream interpreter, trainer and life coach. I’d brainstorm with the people who know you best to come up with suggestions for how to help free you from your illusions and infuse your daily rhythm with twenty percent more happiness. I’d try to talk you out of continuing your association with anyone or anything that’s no damn good for you. In conclusion, I’d be thorough as I worked to get you unlocked, debugged and retooled.

VIRGO (Aug. 23-Sept. 22): “It takes an extraordinary person to carry themselves as if they do not live in hell,” says writer D. Bunyavong. In accordance with the astrological omens, I nominate you Virgos to fit that description in the coming weeks. You are, in my estimation, as far away from hell as you’ve been in a long time. If anyone can seduce, coax or compel heaven to come all the way down to earth for a while, it’s you. Here’s a good way to get the party started: Gaze into the mirror until you spy the eternal part of yourself.

LIBRA (Sept. 23-Oct. 22): In accordance with the astrological omens, I encourage you to move the furniture around. If you feel inspired, you might even want to move some of that old stuff right out the door and haul it to the dump or the thrift store. Hopefully, this will get you in the mood to launch a sweeping purge of anything else that lowers the morale and élan around the house: dusty mementoes, unflattering mirrors, threadbare rugs, chipped dishes, and numbing symbols. The time is ripe, my dear homies, to free your home of deadweight.

SCORPIO (Oct. 23-Nov. 21): When he was sixteen years old and living in New York, Ralph Lifshitz changed his name to Ralph Lauren. That was probably an important factor in his success. Would he have eventually become a famous fashion designer worth $5.8 billion dollars if he had retained a name with “shitz” in it? The rebranding made it easier for clients and customers to take him seriously. With Ralph’s foresight as your inspiration, Scorpio, consider making a change in yourself that will enhance your ability to get what you want.

SAGITTARIUS (Nov. 22-Dec. 21): In 1956, the prolific Spanish poet Juan Ramón Jiménez was awarded the Nobel Prize for Literature. The award committee praised his “high spirit and artistic purity.” The honor was based on his last thirteen books, however, and not on his first two. “Waterlilies” and “Souls of Violet” were works he wrote while young and still ripening. As he aged, he grew so embarrassed by their sentimentality that he ultimately tried to track down and eradicate every copy. I bring this to your attention, Sagittarius, because I think it’s a favorable time for you to purge or renounce or atone for anything from your past that you no longer want to be defined by.

CAPRICORN (Dec. 22-Jan. 19): Three centuries ago, Capricorn genius Isaac Newton formulated principles that have ever since been fundamental to scientists’ understanding of the physical universe. He was also a pioneer in mathematics, optics and astronomy. And yet he also expended huge amounts of time and energy on the fruitless attempt to employ alchemy to transform base metals into solid gold. Those efforts may have been interesting to him, but they yielded no lasting benefits. You Capricorns face a comparable split. In 2018, you could bless us with extraordinary gifts or else you could get consumed in projects that aren’t the most productive use of your energy. The coming weeks may be crucial in determining which way you’ll go.

AQUARIUS (Jan. 20-Feb. 18): A rite of passage lies ahead. It could and should usher you into a more soulful way of living. I’m pleased to report that this transition won’t require you to endure torment, confusion or passive-aggressive manipulation. In fact, I suspect it could turn out to be among the most graceful ordeals you’ve ever experienced—and a prototype for the type of breakthrough that I hope will become standard in the months and years to come. Imagine being able to learn valuable lessons and make crucial transitions without the prod of woe and gloom. Imagine being able to say, as musician P.J. Harvey said about herself, “When I’m contented, I’m more open to receiving inspiration. I’m most creative when I feel safe and happy.”

PISCES (Feb. 19-March 20): “The Kalevala” is a nineteenth-century book of poetry that conveys the important mythology and folklore of the Finnish people. It was a wellspring of inspiration for English writer J. R. R. Tolkien as he composed his epic fantasy novel “The Lord of the Rings.” To enhance his ability to steal ideas from “The Kalevala,” Tolkien even studied the Finnish language. He said it was like “entering a complete wine-cellar filled with bottles of an amazing wine of a kind and flavor never tasted before.” According to my reading of the astrological omens, Pisces, in 2018 you will have the potential of discovering a source that’s as rich for you as Finnish and “The Kalevala” were for Tolkien.

Homework: I’ve gathered all of the long-term, big-picture horoscopes I wrote for you: http://bit.ly/YourGloriousStory2018 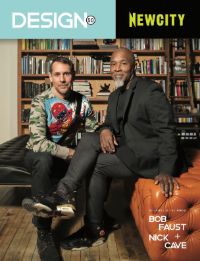