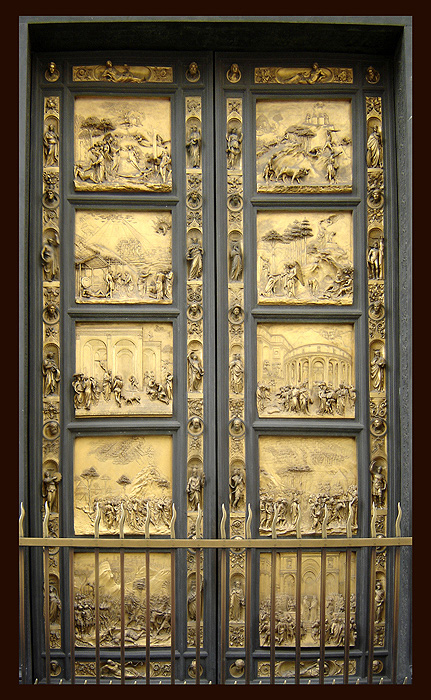 ARIES (March 21-April 19): Many American women did not have the right to vote until August 18, 1920. On that day, the Tennessee General Assembly became the thirty-sixth state legislature to approve the Nineteenth Amendment, thus sealing the legal requirements to change the U.S. Constitution and ensure women’s suffrage. The ballot in Tennessee was close. At the last minute, twenty-four-year-old legislator Harry T. Burn changed his mind from no to yes, thanks to a letter from his mother, who asked him to “be a good boy” and vote in favor. I suspect that in the coming weeks, Aries, you will be in a pivotal position not unlike Burn’s. Your decision could affect more people than you know. Be a good boy or good girl.

GEMINI (May 21-June 20): Looks like the Season of a Thousand and One Emotions hasn’t drained and frazzled you. Yes, there may be a pool of tears next to your bed. Your altar might be filled with heaps of ashes, marking your burnt offerings. But you have somehow managed to extract a host of useful lessons from your tests and trials. You have surprised yourself with the resilience and resourcefulness you’ve been able to summon. And so the energy you’ve gained through these gritty triumphs is well worth the price you’ve had to pay.

CANCER (June 21-July 22): Every relationship is unique. The way you connect with another person—whether it’s through friendship, romance, family or collaborative projects—should be free to find the distinctive identity that best suits its special chemistry. Therefore, it’s a mistake to compare any of your alliances to some supposedly perfect ideal. Luckily, you’re in an astrological period when you have extra savvy about cultivating unique models of togetherness. So I recommend that you devote the coming weeks to deepening and refining your most important bonds.

LEO (July 23-Aug. 22): During recent weeks, your main tasks have centered around themes often associated with strain and struggle: repair, workaround, reassessment, jury-rigging, adjustment, compromise. Amazingly, Leo, you have kept your suffering to a minimum as you have smartly done your hard work. In some cases you have even thrived. Congratulations on being so industrious and steadfast! Beginning soon, you will glide into a smoother stage of your cycle. Be alert for the inviting signs. Don’t assume you’ve got to keep grunting and grinding.

VIRGO (Aug. 23-Sept. 22): Norwegian artist Edvard Munch (1863-1944) created four versions of his iconic artwork “The Scream.” Each depicts a person who seems terribly upset, holding his head in his hands and opening his mouth wide as if unleashing a loud shriek. In 2012, one of these images of despair was sold for almost $120 million. The money went to the son of a man who had been Munch’s friend and patron. Can you think of a way that you and yours might also be able to extract value or get benefits from a negative emotion or a difficult experience? The coming weeks will be a favorable time to do just that.

LIBRA (Sept. 23-Oct. 22): “I think I like my brain best in a bar fight with my heart,” says poet Clementine von Radics. While I appreciate that perspective, I advise you to do the opposite in the coming weeks. This will be a phase of your astrological cycle when you should definitely support your heart over your brain in bar fights, wrestling matches, shadow-boxing contests, tugs of war, battles of wits and messy arguments. Here’s one of the most important reasons why I say this: Your brain would be inclined to keep the conflict going until one party or the other suffers ignominious defeat, whereas your heart is much more likely to work toward a win-win conclusion.

SCORPIO (Oct. 23-Nov. 21): When he was twenty-four years old, Scorpio-born Zhu Yuanzhang (1328-1398) was a novice monk with little money who had just learned to read and write. He had spent years as a wandering beggar. By the time he was forty years old, he was the emperor of China and founder of the Ming Dynasty, which ruled for 276 years. What happened in between? That’s a long story. Zhu’s adventurousness was a key asset, and so was his ability as an audacious and crafty tactician. His masterful devotion to detailed practical matters was also indispensable. If you are ever in your life going to begin an ascent even remotely comparable to Zhu’s, Scorpio, it will be in the coming ten months. Being brave and enterprising won’t be enough. You must be disciplined and dogged, as well.

SAGITTARIUS (Nov. 22-Dec. 21): In 1892, the influential Atlantic Monthly magazine criticized Sagittarian poet Emily Dickinson, saying she “possessed an extremely unconventional and grotesque fancy.” It dismissed her poetry as incoherent, and declared that an “eccentric, dreamy, half-educated recluse” like her “cannot with impunity set at defiance the laws of gravitation and grammar.” This dire diss turned out to be laughably wrong. Dickinson is now regarded as one of the most original American poets. I offer this story up as a pep talk for you, Sagittarius. In the coming months, I suspect you’ll be reinventing yourself. You’ll be researching new approaches to living your life. In the course of these experiments, others may see you as being in the grip of unconventional or grotesque fantasy. They may consider you dreamy and eccentric.  I hope you won’t allow their misunderstandings to interfere with your playful yet serious work.

CAPRICORN (Dec. 22-Jan. 19): Bubble gum is more elastic and less sticky than regular chewing gum. That’s why you can blow bubbles with it. A Capricorn accountant named Walter Diemer invented it in 1928 while working for the Fleer Chewing Gum Company. At the time he finally perfected the recipe, the only food dye he had on hand was pink. His early batches were all that color, and a tradition was born. That’s why even today, most bubble gum is pink. I suspect a similar theme may unfold soon in your life. The conditions present at the beginning of a new project may deeply imprint the future evolution of the project. So try to make sure those are conditions you like!

AQUARIUS (Jan. 20-Feb. 18): “When one door closes, another opens,” said inventor Alexander Graham Bell. “But we often look so long and so regretfully upon the closed door that we do not see the one which has opened.” Heed his advice, Aquarius. Take the time you need to mourn the lost opportunity. But don’t take MORE than the time you need. The replacement or alternative to what’s gone will show up sooner than you think.

PISCES (Feb. 19-March 20): Gilbert Stuart painted the most famous portrait of America’s first president, George Washington. It’s the image on the U.S. one-dollar bill. And yet Stuart never finished the masterpiece. Begun in 1796, it was still a work-in-progress when Stuart died in 1828. Leonardo da Vinci had a similar type of success. His incomplete painting “The Virgin and Child with St. Anne” hangs in the Louvre in Paris, and his unfinished “The Adoration of the Magi” has been in Florence’s Uffizi Gallery since 1670. I propose that Stuart and da Vinci serve as your role models in the coming weeks. Maybe it’s not merely OK if a certain project of yours remains unfinished; maybe that’s actually the preferred outcome.

Homework: Report your favorite graffiti from a bathroom wall. Go to Freewillastrology.com and click on “Email Rob.”