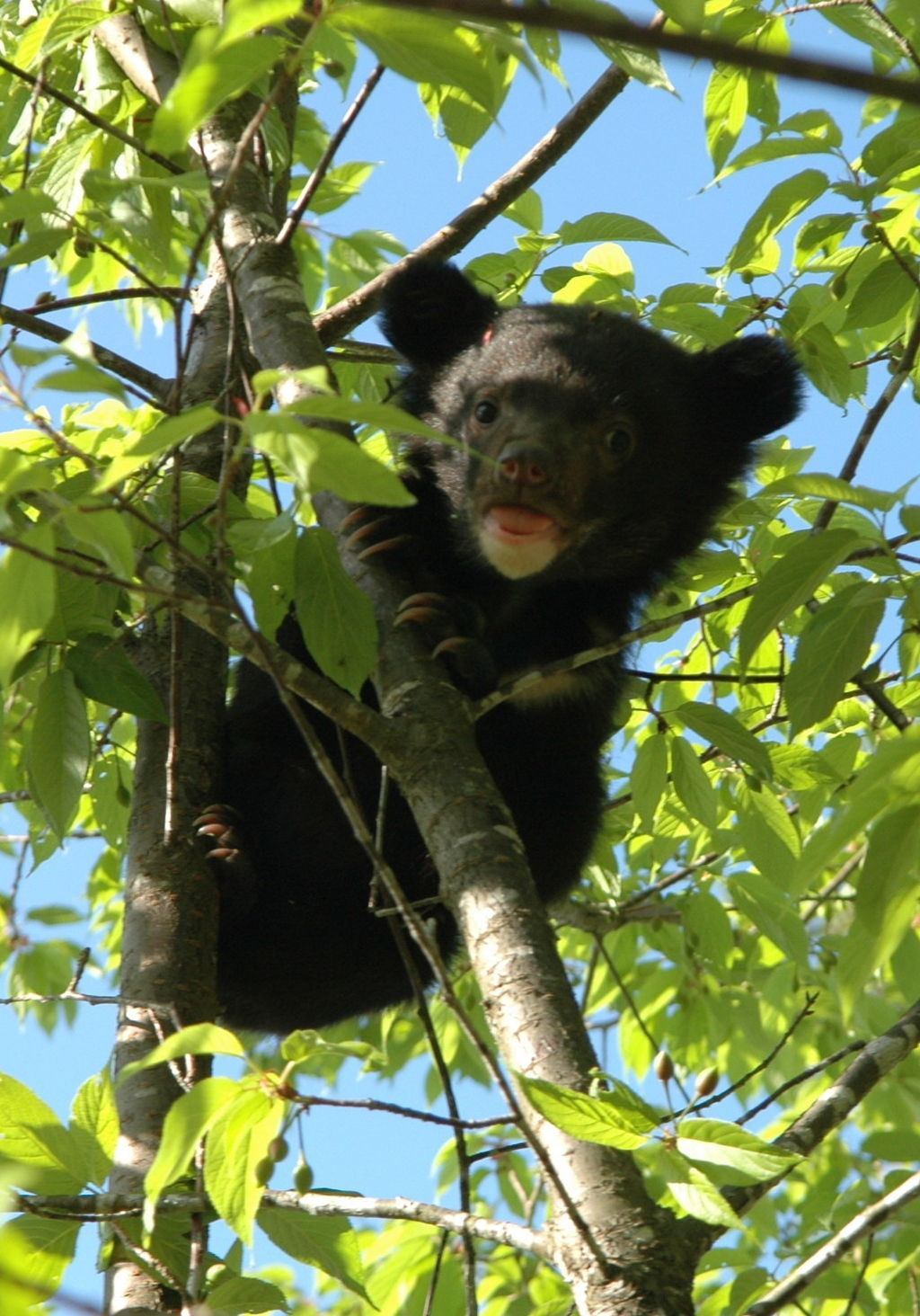 ARIES (March 21-April 19): British athlete Liam Collins is an accomplished hurdler. In 2017, he won two medals at the World Masters Athletics Indoor Championships in South Korea. Collins is also a stuntman and street performer who does shows in which he hurtles over barriers made of chainsaws and leaps blindfolded through flaming hoops. For the foreseeable future, you may have a dual capacity with some resemblances to his. You could reach a high point in expressing your skills in your chosen field, and also branch out into extraordinary or flamboyant variations on your specialty.

TAURUS (April 20-May 20): When he was thirty-two, the man who would later be known as Dr. Seuss wrote his first kid’s book, “And To Think That I Saw It on Mulberry Street.” His efforts to find a readership went badly at first. Twenty-seven publishers rejected his manuscript. On the verge of abandoning his quest, he ran into an old college classmate on the street. The friend, who had recently begun working at Vanguard Press, expressed interest in the book. Voila! “Mulberry Street” got published. Dr. Seuss later said that if, on that lucky day, he had been strolling on the other side of the street, his career as an author of children’s books might never have happened. I’m telling you this tale, Taurus, because I suspect your chances at experiencing a comparable stroke of luck in the coming weeks will be extra high. Be alert!

GEMINI (May 21-June 20): A survey of British Christians found that most are loyal to just six of the Ten Commandments. While they still think it’s bad to, say, steal and kill and lie, they don’t regard it as a sin to revere idols, work on the Sabbath, worship other gods, or use the Lord’s name in a curse. In accordance with the astrological omens, I encourage you to be inspired by their rebellion. The coming weeks will be a favorable time to re-evaluate your old traditions and belief systems, and then discard anything that no longer suits the new person you’ve become.

CANCER (June 21-July 22): While serving in the U.S. Navy during World War II, Don Karkos lost the sight in his right eye after being hit by shrapnel. Sixty-four years later, he regained his vision when he got butted in the head by a horse he was grooming. Based on the upcoming astrological omens, I’m wondering if you’ll soon experience a metaphorically comparable restoration. My analysis suggests that you’ll undergo a healing in which something you lost will return or be returned.

LEO (July 23-Aug. 22): The candy cap mushroom, whose scientific name is Lactarius rubidus, is a burnt orange color. It’s small to medium-sized and has a convex cap. But there its resemblance to other mushrooms ends. When dried out, it tastes and smells like maple syrup. You can grind it into a powder and use it to sweeten cakes and cookies and custards. According to my analysis of the astrological omens, this unusual member of the fungus family can serve as an apt metaphor for you right now. You, too, have access to a resource or influence that is deceptive, but in a good way: offering a charm and good flavor different from what its outer appearance might indicate.

VIRGO (Aug. 23-Sept. 22): A grandfather from New Jersey decided to check the pockets of an old shirt he didn’t wear very often. There Jimmie Smith found a lottery ticket he had stashed away months previously. When he realized it had a winning number, he cashed it in for $24.1 million—just two days before it was set to expire. I suspect there may be a comparable development in your near future, although the reward would be more modest. Is there any potential valuable that you have forgotten about or neglected? It’s not too late to claim it.

LIBRA (Sept. 23-Oct. 22): The U.S. Geological Survey recently announced that it had come up with improved maps of the planet’s agricultural regions. Better satellite imagery helped, as did more thorough analysis of the imagery. The new data show that the Earth is covered with 618 million more acres of croplands than had previously been thought. That’s fifteen percent higher than earlier assessments! In the coming months, Libra, I’m predicting a comparable expansion in your awareness of how many resources you have available. I bet you will also discover that you’re more fertile than you have imagined.

SCORPIO (Oct. 23-Nov. 21): In 1939, Scorpio comic book writer Bob Kane co-created the fictional science-fiction superhero Batman. The “Caped Crusader” eventually went on to become an icon, appearing in blockbuster movies as well as TV shows and comic books. Kane said one of his inspirations for Batman was a flying machine envisioned by Leonardo da Vinci in the early sixteenth century. The Italian artist and inventor drew an image of a winged glider that he proposed to build for a human being to wear. I bring this up, Scorpio, because I think you’re in a phase when you, like Kane, can draw inspiration from the past. Go scavenging through history for good ideas!

SAGITTARIUS (Nov. 22-Dec. 21): I was watching a four-player poker game on television. The folksy commentator said that the assortment of cards belonging to the player named Mike was “like Anna Kournikova,” because “it looks great but it never wins.” He was referring to the fact that during her career as a professional tennis player, Anna Kournikova was feted for her physical beauty but never actually won a singles title. This remark happens to be a useful admonishment for you Sagittarians in the coming weeks. You should avoid relying on anything that looks good but never wins. Put your trust in influences that are a bit homely or unassuming but far more apt to contribute to your success.

CAPRICORN (Dec. 22-Jan. 19): A Chinese man named Wang Kaiyu bought two black-furred puppies from a stranger and took them home to his farm. As the months passed by, Wang noticed that his pets seemed unusually hungry and aggressive. They would sometimes eat his chickens. When they were two years old, he finally figured out that they weren’t dogs, but rather Asian black bears. He turned them over to a local animal rescue center. I bring this to your attention, Capricorn, because I suspect it may have a resemblance to your experience. A case of mistaken identity? A surprise revealed in the course of a ripening process? A misunderstanding about what you’re taking care of? Now is a good time to make adjustments and corrections.

AQUARIUS (Jan. 20-Feb. 18): Charles Nelson Reilly was a famous American actor, director and drama teacher. He appeared in or directed numerous films, plays and TV shows. But in the 1970s, when he was in his forties, he also spent quality time impersonating a banana in a series of commercials for Bic Banana Ink Crayons. So apparently he wasn’t overly attached to his dignity. Pride didn’t interfere with his ability to experiment. In his pursuit of creative expression, he valued the arts of playing and having fun. I encourage you to be inspired by his example during the coming weeks, Aquarius.

PISCES (Feb. 19-March 20): According to ancient Greek writer Herodotus, Persians didn’t hesitate to deliberate about important matters while drunk. However, they wouldn’t finalize any intoxicated decision until they had a chance to re-evaluate it while sober. The reverse was also true. Choices they made while sober had to be reassessed while they were under the influence of alcohol. I bring this to your attention not because I think you should adhere to similar guidelines in the coming weeks. I would never give you an oracle that required you to be buzzed. But I do think you’ll be wise to consider key decisions from not just a coolly rational mindset, but also from a frisky intuitive perspective. To arrive at a wise verdict, you need both.

Homework: Describe how you plan to shake off some of your tame and overly civilized behavior. Testify at Freewillastrology.com.