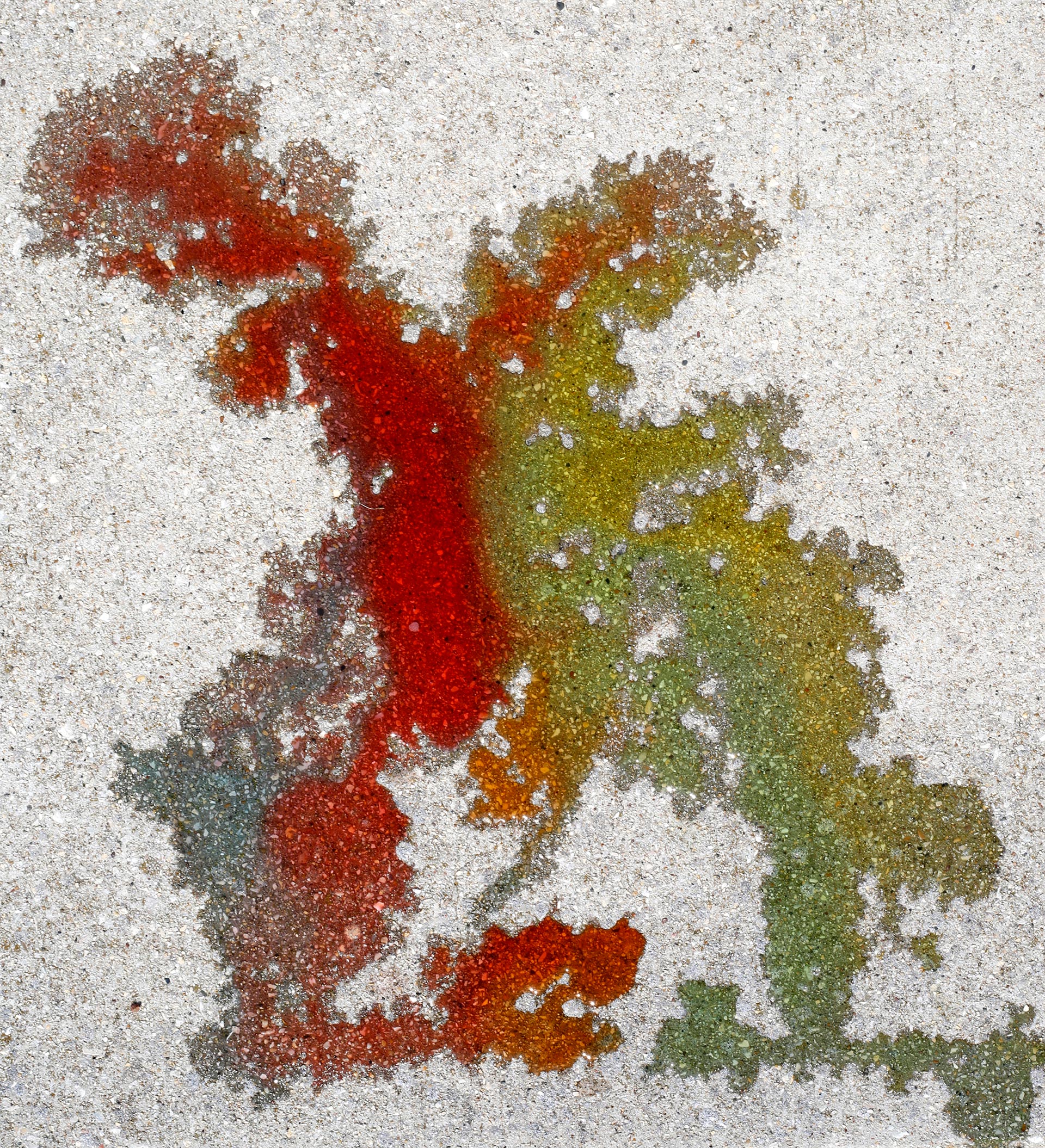 My mother said she did. She told me, later, when I was older, that she saw her and her legs three times, two summers before I did. She was planting tomatoes in our garden, a sliver of land padded with cheap soil from Capek’s Garden on 39th Street. The imperfect plot encroached upon the cracked walkway of our Southwest Side home. As she maneuvered silver stakes into the ground to support her little growing plants, a sense of death crept upon her like an inching vine. She careened her neck to see the girl standing in the yard across our alley for the first time, if only momentarily, before vanishing in the hot haze of summer. My mother attested that later that season, she appeared again in our own gangway—unblinking and unmoving—a twisted version of an untouchable porcelain doll.

Dolls never interested me as a child, unless they were ghosts. I chose to spend summers playing alone on the streets, sometimes in front of our small brick bungalow. Words came out most fluently when I talked to myself while methodically tossing a tennis ball against the sides of our house. Its fuzzy skin bounced off tan bricks in rhythmic pops while I invented stories of alternate realities. One was about a girl and boy who fell in love until a hurricane came and swept her away. She’d been killed while trying to reach the calming eye of the storm. Her spirit went on to rest in peace while the boy stood vigil in the wind, his fingers raised in the shape of two peace signs.

At night, long after I put away my tennis ball, I often thought about the girl I saw in the yard and I wondered why she wasn’t resting in peace—why she had returned to reveal herself, if only in restrained instances? What was she doing here? My older brother, Jimmy, had never seen her, but said he had heard things. Once, a bout with insomnia drove him to our living-room couch at 3am. He laid there listening to quiet darkness while the burnt-orange cover scratched his back and the sharp giggle of a girl scratched his ears. He froze in a coffin-like pose, a bedsheet his only protection from supernatural sound. Later he told me her laugh sounded like it was coming from outside in our gangway and that it sounded like me and that he thought I should stop playing those kinds of tricks on him.

I believed I had seen the girl even though my mother kept her secret from me until I was older and I rarely talked about her to anyone. Whenever I tried to talk to non-imaginary people, my words came out in hard, stuttery sounds—distant from the soothing thump of a ball against bricks. Angular shards of consonants and vowels would lodge in the blackness of my throat and sometimes never come out. At night, the pieces would rise—hot and haunted—while laughter from school kids tangled around them. Not even summer could stave off the burn.

It was easier to be alone—to bounce a ball, to ride a bike, to meet the girl as I did: solitary and silent on that thick July day. When she revealed herself to me in that moment, I was guiding my pink Schwinn bike down our gangway. It was mid-afternoon. From across our yard and through the alley, I watched her horizontally jut from behind the corner of an adjacent garage, stopping me like invisible glass. From the waist up, her cartoonish face leered at me: yellow, yarn-like hair woven into two long braids, huge black-saucer eyes, giant freckles that looked as if they were drawn onto plump cheeks with brown marker. Her puffy-sleeved, pinafore dress glowed blue and white and electric in sunlight while she grinned into me, exposing two protruding rabbit teeth that looked huge and real and fake and droll.

She hovered sideways, her lower half concealed behind the side of the garage, before vanishing forever. As I stood alone in the hush of humidity and concrete, I felt a darkness I had never seen before but had known my whole life.

The sun shone down. I didn’t look away.